(Stafford Springs, CT)—After returning to Stafford Speedway in 2017 with Tony Membrino, Jr. behind the wheel, John Hummel has announced that his familiar blue, neon yellow, and orange #11 Hummel Brothers Hot Dogs machine will be piloted by Matt Vassar for the 2018 season. Membrino recorded three top-10 finishes this season behind the wheel of the #11 machine and now Vassar, who recorded 4 top-5 and 8 top-10 finishes as a rookie driver in Stafford’s Late Model division, will take over the driving duties of the #11.

“I’d like to thank Tony, Jr. and the entire TMR Racing team for all their hard work and efforts this season,” said John Hummel. “I’m looking forward to building on the momentum we enjoyed this past season. I love racing at Stafford on Friday nights and we’ll have Matt Vassar driving the car for the 2018 season.”

“We’ve been working on something for a week or two now,” said Matt Vassar. “John’s ride opened up and although I didn’t think I had a chance at landing it, I was told I should submit my resume because the worst that could have happened was him saying no and look what happened. I have a chance now to do something that I never in my wildest dreams thought I’d have a chance of doing and I’m looking forward to making the best of the situation, having a lot of fun, and hopefully we can go out and win some races.”

Vassar comes into the SK Modifieds® with a vast background racing full fendered Late Model cars but the 2018 season will mark the very first time that Vassar will be behind the wheel of an open wheeled modified car. While he knows he faces a steep learning curve, Vassar is confident that he and the #11 team have what it takes to not be overwhelmed and find success in their first season together. Vassar will be leaning on the experience of Ed Flemke, Jr., who piloted the Hummel car years ago on the Whelen Modified Tour, in order to help accelerate his learning curve. 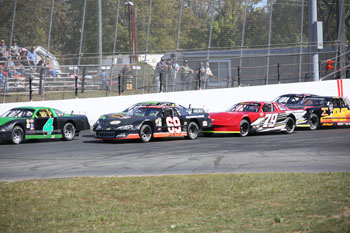 “It’ll be my first time in a modified but I’m very excited about the opportunity to be able to work with someone like Ed Flemke and to drive for someone as distinguished and well known in the modifieds as John Hummel,” said Vassar. “It’s an amazing opportunity and I’m very excited. I know we’re going to have our work cut out for us because the SK Modifieds® at Stafford is the toughest division in the country. It’s not going to be easy but we’re going to have some fun. It’s going to take a lot of work on our part and I feel like John will give me every opportunity I need to succeed and I don’t see why at the end of the day we can’t achieve some of our goals. It’ll be difficult for sure, but the challenge will be worth the risk. With already having laps on the track I don’t have to worry about learning the track again and there’s plenty of videos online showing how to get around the track in a modified and I think having Eddie in my corner will help get me up to speed pretty quickly. This opportunity is like hitting the lottery for me. I’ve been smiling so hard lately, I swear my smile goes from ear to ear and I’m excited to see what path the 2018 season will take us on.”

While keeping in mind the task that lies ahead of him for the 2018 season, Vassar has set some modest goals for his initial foray into the world of SK Modified® racing at Stafford Speedway.

“Obviously everyone’s goals are to win a race and be a contender for the championship,” said Vassar. “Personally my goals this season will be to have fun, I’d like to win a race, and then third I want to win Rookie of the Year. I think the biggest challenge for me will be to figure out what I need the car to do and then what kind of setup balance the car needs to have me to do the things that I’m asking the car to do. If we can find that, I think we can be pretty successful. 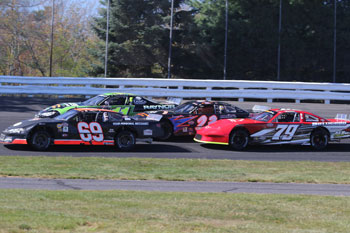 In addition to his SK Modified® duties this upcoming season, Vassar might also be busy in the Late Model division both as a driver and a car owner.

“I bought Jim Mavlouganes’ car and I’m looking at the possibility of racing the NAPA Spring Sizzler, NAPA Fall Final, and the extra distance race and then stepping back into a car ownership role with my brother coming up to race the car in the other races next year,” said Vassar. “We’ll see what happens with the Late Model.”