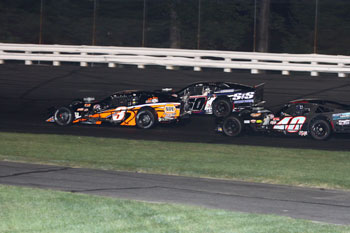 (Stafford Springs, CT)—After winning back to back championships and 8 races in Stafford Speedway’s SK Light division during the 2010 and 2011 seasons, Meriden native Matt Galko was ready to continue his success in the premier SK Modified® division. But Galko found that the road to victory lane wasn’t as easily navigated in the SK Modifieds as the SK Light modifieds. Galko spent five years chasing his first SK Modified® feature win behind the wheel of his family owned #3 AAA Consulting Chevrolet, which finally came on June 2nd, 2017, his 6th full season of SK Modified® competition. Galko followed up his first win with another win in September, giving him two wins in a season for the first time since his second SK Light championship season back in 2011.

“I’d say last year was a breakthrough for us,” said Galko. “We’ve always been right there, just never had everything fall into place for us. In the SK Modified® division at Stafford, you have to have all the pieces to the puzzle in place, you can’t be lacking in any department. We were always able to be in the top-5 and get some podium finishes but last year we made the right setup calls and we were able to turn that into 2 wins. We got our first win early in the year and followed that up with a second place finish right behind Ronnie Williams. That was a big confidence boost for everyone on the team. We went through the season and got our second win towards the end of the season so it was a great way for us to start the season and end the season. AAA Consulting with Tim Rowe, NAPA Fazzino Auto Parts, A & R Auto Body, Duchess Restaurant, J.M. Rose Lawn Care, John Digger, LLC. Team Critical all stepped up again this year to help us get to the track and we couldn’t do any of this without their support.” 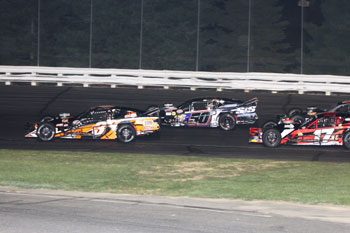 After scoring his first two career SK Modified® feature wins and a career best 7th place finish in the points standings, Galko is eager to get back on the track and continue the positive momentum he and the #3 team built up last year.

“We’re definitely excited to get back to racing this season,” said Galko. “We feel like we had some good momentum going at the end of the season but it was good to have the winter to regroup and work on some areas that we were lacking and hopefully we can come back even stronger.”

As Galko is well aware, the road to NAPA Victory Lane this season won’t get any easier with a mix of veteran and young guns making for one of the most competitive fields found anywhere in the country. Galko knows he needs to be at the very top of his game for the entire season if he is to be able to match his goal of finishing the season in the top-5 in the points standings or even better.

“Our goal is to be a little higher in the points standings than we were last year,” said Galko. “You look at the top guys in the division and their bad nights are like a 7th or 8th while our bad runs are in the bottom half of the top-20. I think the biggest thing keeping us from being in contention is when we miss the setup, we really miss. I remember the NAPA SK 5k last year, we tried something a little different with the car setup and we ended up 16th. We need to eliminate our big misses and be able to control our destiny on our bad nights. I feel like the SK’s at Stafford are the toughest competition I’ve ever raced against. I ran some Tri-Track, MRS, ROC Tour, and Wall Stadium races and Fridays at Stafford are hands down the toughest competition. It has the best drivers with the best equipment and the best crews around. It’s top notch and Stafford is the place to be if you want to get your name out there and prove that you’re a good driver. I’m happy that Stafford is my home track and I think we put on a great show for the fans every Friday night and you can really learn a lot by racing at Stafford.” 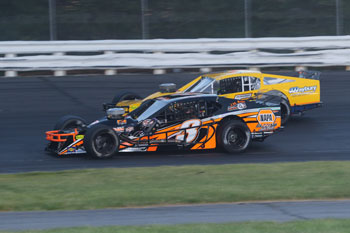 If there is one race on the 2018 schedule that Galko has squarely in his sights it would be the 5th Annual NAPA SK 5k, set for June 29. In the four previous NAPA SK 5K events, Galko’s best finish has been a 13th place effort in 2015 and 2016. Galko is determined to have a better finish in this year’s NAPA SK 5k and he knows a good finish in such a prestigious event could set his team up with some good momentum to finish out the season on a high note.

“Every year the SK 5k is a race that is circled on our calendar,” said Galko. “At the same time, if there’s a race that is our Achilles heel right now, it’s the 5k. I don’t think we’ve finished in top-10 yet in that race. We were running second or third in 2015 with about 5 laps to go and we got spun out. In 2016 we lost power steering about 5 laps into the race and then last year we just whiffed on the setup. There’s something about that race that we haven’t been able to piece together so we’re looking for some redemption this year. Hopefully we can get all the bugs worked out and get our setup dialed in for a good finish and take home a nice paycheck. It’s great what NAPA and Dunleavy’s and all the sponsors step up and do for us with that race and there’s always a big car count for that race. I’m very excited for the 5k this year.”

The 2018 SK Modififed® season takes the green flag with this weekend’s 47th Annual NAPA Auto Parts Spring Sizzler®. Tickets for the “Greatest Race in the History of Spring” are on sale now at the Speedway Box Office. Tickets are priced at $40.00 for adult general admission tickets, $5.00 for children ages 6-14, and children ages 5 and under are admitted free of charge when accompanied by an adult. Reserved seating is priced at $42.00 for all ages. As always, Stafford Motor Speedway offers free parking with overnight parking available. Tickets are good for both Saturday and Sunday admission. All ticket prices include 10% CT Admission Tax. Discount Tickets are now available at participating NAPA Auto Parts stores. For a full list of the 72 participating locations throughout Connecticut, Massachusetts, New York, Rhode Island, and Vermont, or CLICK HERE.