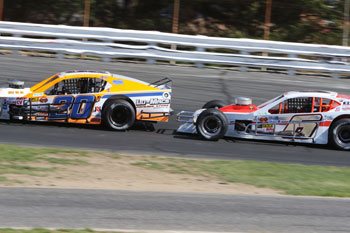 (Stafford Springs, CT)—The 2017 NASCAR Whelen Modified Tour season kicked off in Myrtle Beach and Preston, CT native and driver of the #20 Lu-Mac’s Package Store Chevrolet Max Zachem, opened with a fifth place finish. Zachem is looking to continue his momentum at the 46th Annual NAPA Spring Sizzler® on Sunday April 30. Stafford has not been one of Zachem’s best tracks in his short career, but with a top-10 finish in all four Stafford races last season, Zachem is confident that he can get a top-5 finish or even a win in the prestigious Sizzler®.

“Stafford is one of my hardest tracks,” said Zachem. “I think we can improve on our finishes at Stafford this season and be in the top-5 in each race. Steve Lemay, who was Bobby Santos’ crew chief, has come on board with us and he’s been a great help with my driving and the car setups.   Everything as a whole package has made the race team that much better. I think we can get a top-5 finish or even drink some milk in victory lane. We have a shot for it, I believe our team is the best it’s ever been, and we’ll have something to show to everyone this year.” 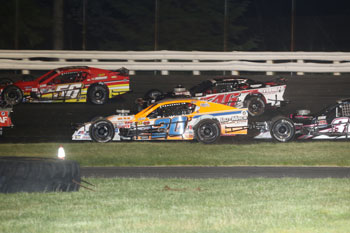 “A good finish early on gives you momentum to start the year off and to get yourself going on a good note,” said Zachem. “We started last year on a good note with a couple of top-10’s and a couple of second place finishes at Waterford and Thompson. The key for us is to be consistent every race to be able to compete with guys like Coby, Preece, and Bonsignore. Those guys don’t make mistakes and we can’t make any mistakes in order to be able to compete with them. We’re shooting for the championship, I want to be the guy to dethrone Doug Coby and all of the big teams.” 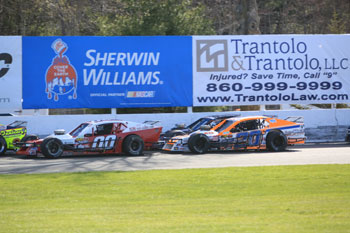 Zachem has yet to win during his first 35 starts on the Whelen Modified Tour but with a new car and spec engine under the hood of his #20 machine, Zachem feels like he is primed to break out this year.

“Myrtle Beach was the closest we’ve ever been to winning,” said Zachem. “If we had a couple more laps down at Myrtle, maybe we would have had a shot at it. Overall I think going back to tracks that I’ve been to and have a lot of laps at, I’m really excited for this year. We’re all in this season with Lu-Mac’s Package Store, East End Statuary, John Holland and New England Race Fuels, Cliff Nelson, Bruce Bachta, and Steve Lemay and our entire race team. We’re ready to go racing!”

At 200 laps long, the NAPA Spring Sizzler® represents the longest race on the NASCAR Whelen Modified Tour calendar and teams will have to take a slightly different approach when it comes to pit strategy. Zachem would also like to increase his chances of a good finish in the Sizzler® with a good qualifying effort. Zachem’s previous best Stafford qualifying effort was 11th at last year’s NAPA Fall Final and he has yet to qualify in the top-10 in any of his 9 previous Stafford NWMT starts. 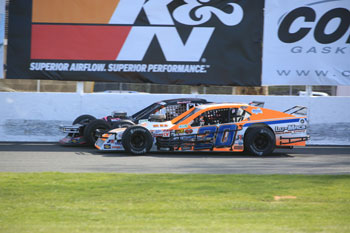 “Qualifying is huge and I think qualifying is going to be more important than ever this year with the competition begin the highest it’s ever been,” said Zachem. “Fourth was my highest qualifying position this past week at Myrtle Beach and we’re just trying to improve our whole package in order to be able to go for the championship. The biggest thing I’ll have to get used to is with the spec engine we’ll have to pit for fuel, which will change our pit strategy. I think you have to run the first 150 laps as a trial by fire and try to get the car as close as you can so that you can really go for it in that last 50-lap run. I always try to compare a certain track that we’re going to, for instance, with Stafford it’s a 40-lap SK Modified® race, the last 40 laps are important, or at Waterford a 35-lap SK race the last 35 laps are important. You know you can charge to the front in that amount of time, you just have to have the car set up ready to go and be committed to go at the end of the race. The Sizzler® might be a bit of an unknown for us this year with having a new car and the spec engine, but luckily we have Steve Lemay to help us out and I think we can have a really good run.” 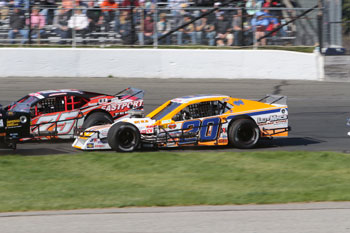 The “Greatest Race in the History of Spring,” the 46th Annual NAPA Auto Parts Spring Sizzler®, takes the green flag on April 29-30. Tickets are available and on sale now at the Speedway Box Office. Tickets are priced at $40.00 for adult general admission tickets, $5.00 for children ages 6-14, and children ages 5 and under are admitted free of charge when accompanied by an adult. Reserved seating is priced at $42.00 for all ages. As always, Stafford Motor Speedway offers free parking with overnight parking available. Tickets are good for both Saturday and Sunday admission. All ticket prices include 10% CT Admission Tax. Discount Tickets will be available at all 71 participating NAPA Auto Parts stores beginning on Monday April 3rd. For a full list of the 71 locations throughout Connecticut, Massachusetts, New York, Rhode Island, and Vermont, please call the speedway office or visit us on the web at www.staffordmotorspeedway.com/participating-napa-auto-parts-stores.