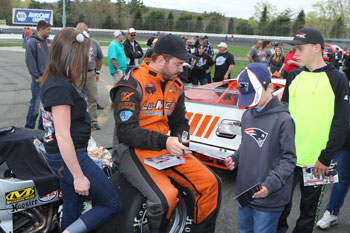 “I drive SPAFCO cars on the Whelen Modified Tour and Kenny [Barry] was putting together a program for the SKs at Stafford and we worked out a deal for an opportunity for him and I to do some R & D work for the chassis and to get ready for the Fall Final,” said Zachem. “I’m really looking forward to it. As of right now, it’s just an end of the year deal. We could try to put something together for the 2019 season but we’d need some marketing partners and everything to line up perfectly. There’s a lot we can take from the SK car to the Tour car. I think it’s going to be very beneficial for us and we want to come into the Fall Final with guns blazing because you’re running against the best on the Tour and we need all the advantages that we can get.”

While Zachem is excited about the newfound opportunity to get back behind the wheel of a modified racecar, he hasn’t enjoyed the best of luck during the 2018 season. Zachem broke his thumb in an accident back in April at Thompson and when he returned to Whelen Modified Tour action at New Hampshire in July, his engine blew midway through the race. Zachem then tried to qualify for a VMRS race at Waterford, but he lost an engine there as well. 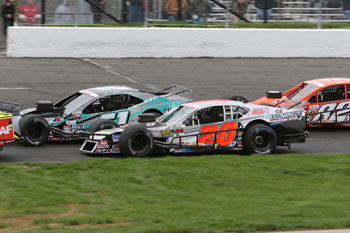 “I’ve only run two races so far this year but it hasn’t been two complete races,” said Zachem. “We started the Icebreaker at Thompson and I broke my thumb in an accident and then we waited until New Hampshire for the thumb to heal and we were running 13th when the engine broke. I attempted the VMRS race at Waterford and we broke a motor there too so my luck hasn’t been the best so far. I always say three strikes and you’re out and we’ve had our 3 strikes for this season so we’re ready to go at it at the end of the year.”

In addition to turning his luck around, Zachem will be looking to gain some experience behind the wheel of an SK Modified® car at Stafford. While Zachem has run the Whelen Modified Tour for several full seasons, this Friday night will be his SK Modified® debut at Stafford.

“I ran 3 races for Stan Mertz at Thompson 4 years ago before Woody got in the car so I have very little SK Modified® experience and I have no SK starts at Stafford,” said Zachem. “I would say I’m a little nervous just in the fact that I haven’t raced very much this season and when you come to Stafford on Friday nights, you’re racing against the best. We have a great race team with Kenny and SPAFCO so I know we’ll be prepared and I think we can run up front. We’re going to take it one week at a time and build as we go.”

Despite his lack of experience both at Stafford and driving SK Modified® cars, Zachem is confident that he can be a front runner in Barry’s #12 car. 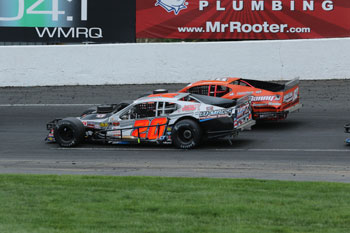 “As a racer I’m looking to try to win the first time out but we’d be happy with a top-5 finish,” said Zachem. “I believe we can win, we just have to have everything line up for us. There’s probably 10 or 12 cars that can win at Stafford on any given night and I’m looking forward to knocking the race rust off. It’s going to definitely be tough starting from the back, but I look forward to the challenge. I’ve always hated starting up front. I like working my way through the field and with the group of guys that I have behind me, I think we can do that.”

This Friday, September 7, is the R.A.D. Auto Machine Street Stock 30 program at Stafford. The Street Stock division will race 30 laps with Stafford’s SK Modifieds®, Late Models, SK Lights, and Limited Late Models joining them in feature action. Tickets for the R.A.D. Auto Machine Street Stock 30 are priced at $18.50 for adult general admission, $5.00 for children ages 6-14, and children ages 5 and under are admitted free of charge when accompanied by an adult. Reserved seat tickets are $20.00 for all ages. All ticket prices include 10% CT Admission Tax. Stafford Motor Speedway offers plenty of free parking along with overnight parking available for self contained Recreational Vehicles.