Posted on August 19, 2020 by Scott Running Posted in News 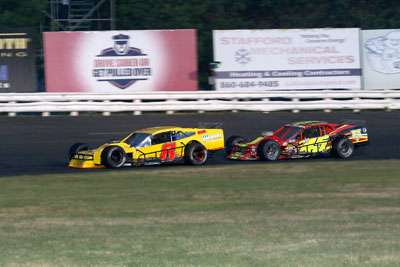 (Stafford Springs, CT)—Fresh off a sixth place effort in the August 7 NAPA Auto Parts Open 100 at Stafford, Canterbury, CT native Cam McDermott is excited about his prospects in the Friday, August 21 Lincoln Tech Open 80 at Stafford.  The 6th place finish for McDermott marked his best career open modified finish at Stafford in 5 starts and with a little luck on his side, he feels like his #8 Maybury Material Handling Chevrolet can be a contender for victory in the Lincoln Tech 80.

“We’re coming back to Stafford feeling pretty confident, that was our best finish in any of the Open 80’s that we’ve run at Stafford,” said McDermott.  “We’re coming into the race strong and we have great sponsors like Maybury Material Handling, Douglas Battery, Richard Green Insurance, McDermott Motorsports Services, and Walsh’s Auto Service that are all behind us.  I think we’ll have a good shot at winning if we can make some small changes and have some better luck.”

McDermott’s run in the NAPA 100 gives him plenty of momentum coming into the Lincoln Tech 80.  McDermott started 13th and finished 6th, which in itself is a great finish, but factor in that McDermott had to twice restart at the back of the pack after getting caught up in wrecks and the finish becomes that much more impressive.

“We were very happy with our performance,” said McDermott.  “We actually got caught up in a couple of wrecks so we had to come from the back twice during the race but we were very happy with the finish that we got.  We had some small damage each time we had to come from the back so sixth place was very good for us.  We’re going to be coming back with pretty much the same setup that we ran in the last race at Stafford.  I feel like we were pretty good then so if we can make some small adjustments as to how the day is going I think we can be right there to have a better finish than the 6th we got last race.” 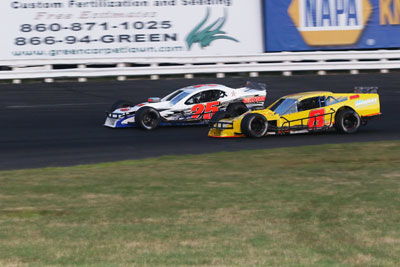 McDermott can also lean on his experience racing in both the SK Modified® and SK Light divisions at Stafford.  While not as extensive as some of the other Stafford regulars who will be in the Lincoln Tech 80 field, McDermott nonetheless can put his experience at Stafford to good use.

“I think my experience helps, especially with the amount of laps I have at Stafford with the SK Modified® car,” said McDermott.  “You learn the track, how to pass, and different things that you use throughout the race as opposed to just going 40 laps.  The 80 lap races are great because you can use all the things you’ve learned about the track at certain points during the race rather than just at the start of the race.  I think you’re going to see the same guys up front that were up front in the last race.  Eric Goodale is going to be good, Keith [Rocco] is going to be strong again, the 7 car [Michael Christopher, Jr.] is going to be good, [Matt] Galko always seems to run well when there’s an Open 80 at Stafford and those are the guys we’ll have to beat in order to win the race.

Pit strategy is one key factor that McDermott feels like will play right into his #8 team’s hands.  Teams were allotted 3 change tires for the NAPA 100 at Stafford but for the Lincoln Tech 80 teams will only be allowed 2 change tires, which McDermott says is a huge difference.

“For this race I think that the 2-tire deal works out a lot better for us than the 3-tire deal,” said McDermott.  “It’s a completely different strategy for 2 tires versus having 3 tires and the right setup for a long run is going to be a key factor.  With 2 tires, you have to think right from the start of the race about not having that third tire to put on the car during the race and you don’t want to use your stuff up too early in the race.  There’s a lot more strategy involved with 2 tires versus the 3 tires and I think that helps play to our favor.” 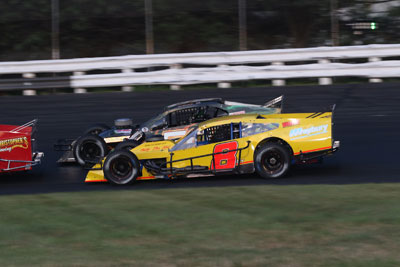 Another factor that will help McDermott and the #8 team is having lady luck on their side when they choose a draw number for their qualifying heat.  The Open Modified races use a plus/minus system to determine the starting position for the Lincoln Tech 80 lap feature and McDermott has been on the short end of the stick the last few times he’s drawn for his heat race position.

“We’re usually a contender most of the time when we come to Stafford, we just have to have some better luck on our side or just have any type of luck in our favor.  We always seem to draw a bad number for the qualifying heats so if we can get a good number at the beginning of the night and start the race towards the front, that would be a big thing for us.  The first race we drew middle of the pack and got stuck behind a couple guys and didn’t qualify through the heat and the last race we drew second and finished second so we had a 0 for our plus/minus.  If we can get that a little bit better we should be that much better in the race.”

The Lincoln Tech Open Modified 80 is set for this Friday, August 21st.  Tickets for the Lincoln Tech Open Modified 80 are on sale now through the Stafford Speedway website but a very limited quantity of tickets remain as the track is limited to 25% capacity.  Tickets are priced at $30.00 for adult general admission tickets, $10.00 for kids ages 6-14, kids 5 and under are admitted free of charge when accompanied by an adult, and paddock passes are priced at $50.00.