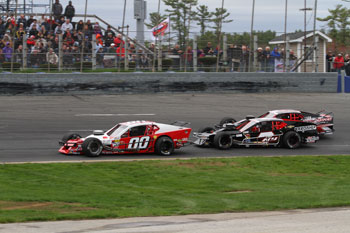 BROCKTON, MA- Jon McKennedy reunites with Brady Bunch Racing this weekend to compete in the NASCAR Whelen Modified Tour event at the Stafford (Conn.) Motor Speedway. This will be McKennedy’s second NWMT start of the season, having earned a sixth place finish in the famed number 00 at Thompson (Conn.) Motorsports Park in June.

“Stafford is one of those tracks that is among my favorites lately,” McKennedy said of the new challenge ahead this weekend with Crew Chief Scott Anderson and the rest of the team. “I’ve won four of the last five races that I have run there, in a couple of different Modified touring series. It has been a really good track for me.”

Their participation in this event is made possible in part by sponsorship from Copeland Toyota and Chevrolet of Brockton, Mass. You can count on Copeland for the best car buying experience possible. 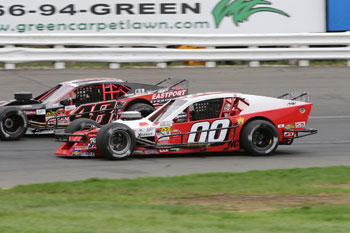 “It will be nice to run again with the Brady Bunch 00,” McKennedy confirmed. “A good group of guys that are all hard workers. They are all competitive and want to do well, as much as I do. We ran the car at Thompson and had a really good run.  We pretty much led the field in practice, and in the race we came from the back two different times. We restarted around 20th after the pit stop and drove all the way back to a sixth position in only about 30 laps. With all of that being said, I look forward to Stafford. It’s a track I feel comfortable at. Hopefully I can make the best of this opportunity and come out of there with a good finish.  At this point we’re a team running on a race-by-race deal. If we can keep getting sponsorship for the car, then we can run more tour races with the Brady 00.”

Brady Bunch Racing is a family owned race team founded in 1962, and has been a fixture in Modified racing for over 50 years at tracks from Florida to Maine. The team hopes to obtain sponsorship to compete more with NASCAR, and in televised events throughout the remainder of the 2017 season.

The Stafford 150 is tentatively scheduled to begin at around 9:15 PM on Friday, August 4.