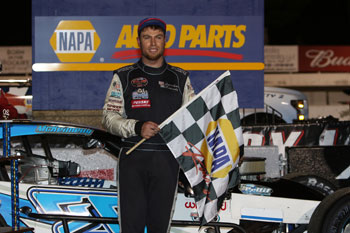 (Stafford Springs, CT)—When Stafford Speedway drops the green flag on its 4 Open Modified 80 races during the 2020 season, race fans will see a former partnership rekindled. Jon McKennedy and Art Barry, who won the Modified Racing Series championship together in 2012, will reunite to make a run at the checkered flag in Stafford’s Open 80 events scheduled for May 8, June 12, July 10, and August 21 with the #21 SPAFCO Chassis Chevrolet.

“I ran for Art [Barry] back in 2012, we won a handful of races and the MRS championship together,” said McKennedy. “The open shows at Stafford are something I’ve been looking at doing because I always enjoy coming to race at Stafford. Art and I have stayed in contact over the years and we touched base over the holidays and thought it would be good to get back together and do some races together. We had pretty good success back in the day and Art and all of his guys are great. He has good equipment so I’m hoping we can have some good runs.”

Having already worked alongside each other to win races and a championship, McKennedy is looking to pick up right where he left off with the Barry team and eliminate any new driver/team combination woes. 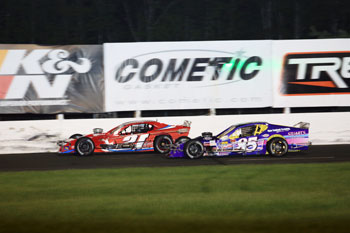 “Having worked together before, we should be able to get up to speed pretty quickly,” said McKennedy. “Kenny Barry and I have always gotten along great and we’re usually on the same page with things and he always gives me a good car. I don’t see why we can’t pick up right where we left off last time we were racing together. We’d obviously like to win all 4 races but that’s unrealistic. I certainly think we can contend for a win or two and we’ll see what happens. Art’s car is definitely a good ride to be in.”

Stafford is known for being a track that is tough to conquer for any drivers who are new or lack experience at the Connecticut half-mile. McKennedy struggled at Stafford early in his career, but teaming up with the Barry team turned McKennedy’s Stafford fortunes around and he enters the 2020 season with 2 MRS wins and 2 MTS wins at Stafford in limited experience. 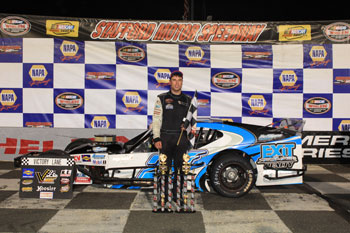 “Going back 10 years ago or so, Stafford one was one of my worst tracks to go to,” said McKennedy. “When I started racing for Art in 2012, Kenny Barry gave me some pointers on how to drive the track and ever since then it’s been a night and day difference. Our first race together at Stafford we won and I remember it was a good race with Ted Christopher to get that win. Ever since then Stafford has been a great track for me and I think I’ve won 4 or 5 races there. It’s a neat, technical track and beautiful facility and the Arute’s and everyone involved with the speedway do a great job.”

In order for McKennedy to replicate his winning ways with the Barry team at Stafford, he knows he will face some stiff competition from all different forms of modified racing. 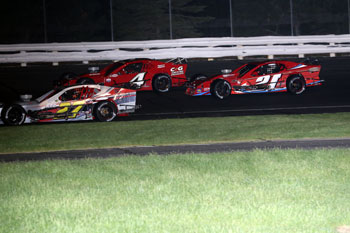 “If there’s 25 cars for these races, there’s probably about 10 or 12 of those cars that can win on any given night at Stafford,” said McKennedy. “There’s certainly a lot of good drivers with a lot of experience and to win at Stafford you need to have the whole package with a good car, good strategy, and some luck. It’s nice to come into Stafford with some experience and feeling confident that I know the track. I’m looking forward to the open shows with a variety or drivers coming from all different series with different car and engine combinations, which should make for some exciting races.”