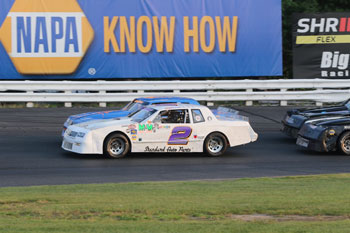 (Stafford Springs, CT)—With second place finishes in each of the first two Triple Crown events held on May 4 and June 21 and a perfect attendance record thus far, Meghan Fuller and the #2 Propane Plus team find themselves leading the race for the RSMPCO.com Street Stock Triple Crown by 4 points over Zack Robinson. The RSMPCO.com Triple Crown challenge at Stafford Speedway is determined through a special points system that awards points to the top-10 finishers in three 30-lap Triple Crown events with the winner receiving 10 points and the 10th place finisher receiving 1 point. Drivers also earn 1 point for each non-triple crown Street Stock event they compete in over the 2019 season. The final Triple Crown event will take place on Fall Final Saturday, September 28.

“It’s definitely in the back of our minds, but I’m trying not to think about it and just focus on the next race,” said Fuller. “It’s pretty cool that Jason Derwin of Royal Screw Machine Products Company has posted a bonus of $4500 and it’s exciting that the Street Stock division is getting extra attention. The $1000 bonus for the Triple Crown win is a great incentive.” 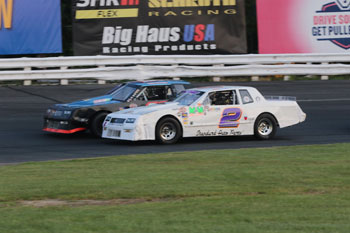 Fuller was the R.A.D. Auto Machine Street Stock Rookie of the Year last season and she finished as the runner up in the championship standings behind George Bessette, Jr. Fuller has avoided a sophomore slump this year as she and the #2 team have posted 2 wins to go along with 10 top-5 and 12 top-10 finishes through the first 14 races.

“Overall we’ve had a pretty good season,” said Fuller. “We had a rough couple weeks but we’ve regrouped and got two fourth place finishes since then. I just have to stay focused and make sure that I make some smarter moves on the track. I’m trying to be more patient and drive the car to what it will give me.”

Although she is leading the RSMPCO.com Triple Crown standings, she trails Zack Robinson by 26 points, or 13 positions on the track, in the chase for the Street Stock track championship. Robinson has won a division leading 5 races this season but Fuller is up to the challenge of erasing the deficit over the final 7 races of the 2019 season. 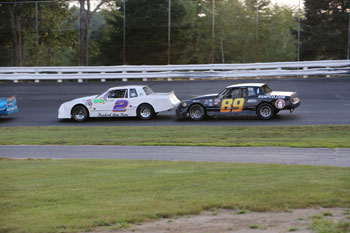 “It’s going to be a challenge for us,” said Fuller. “Zack is a good driver and he’s been doing really well lately but I believe in myself and my team and I’m hoping that we can try and get the championship this year. It might be a little disappointing if we don’t win it, but we’ve worked hard this year and in the end as long as we do well, I think we’ll all be pretty happy. Our main goal is to make sure that we finish all the remaining races. We definitely want to bring the car back to the trailer in one piece every week.”

Fuller’s two wins this season have already eclipsed her win total from her rookie season and she has her eyes set on driving into NAPA Victory Lane several more times before the curtain falls on the 2019 season. Fuller also wants to win her first career championship after winning races in quarter midget and Street Stock divisions. 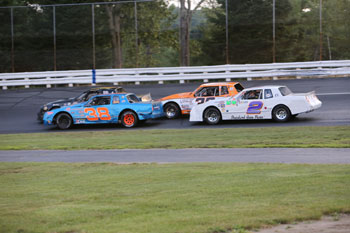 “We’re hoping that we can get another win or two this season,” said Fuller. “I have an amazing crew behind me so I really hope I can get another win for them. Dave, Lisa, Chris, My Dad, and my Uncle Jimmy, they’ve all been a big help to me this year and my sponsors Propane Plus, Interstate Transmissions, RaceChoice.com, and Tick Mike have been great and I thank them for their support. The championship would be pretty big for us. Everyone on the crew would be really excited and I’ve wanted to win a championship since I started racing at Thompson two years ago. I’ve won some races in quarter midgets and the street stocks but I haven’t won a championship yet.”

In addition to the RSMPCO.com Triple Crown and Street Stock track championships that she is chasing this season, Fuller is also looking at the possibility of one day moving up to the SK Light division and follow in the footsteps of her father Rick and Uncle Jeff to get behind the wheel of a modified.

“If we can get a couple more good sponsors I’d like to move up to SK Lights maybe next year but we’re not sure about that yet,” said Fuller. “It would be pretty cool to drive a modified and I want to have that experience. But like most drivers, I’d like to end up in the [Monster Energy] Cup Series one day.”

Fuller’s quest to win two championships continues this Friday night, August 9th with a NASCAR Weekly Racing program that will also see Stafford’s SK Modifieds®, Late Models, SK Lights, and Limited Late Models in action. Tickets are priced at $20.00 for adult general admission tickets, $5.00 for children ages 6-14, and children ages 5 and under are admitted free of charge when accompanied by an adult. Reserved seat tickets are $23.00 for all ages. All ticket prices include 10% CT Admission Tax. Stafford Motor Speedway offers plenty of free parking along with overnight parking available for self-contained Recreational Vehicles.