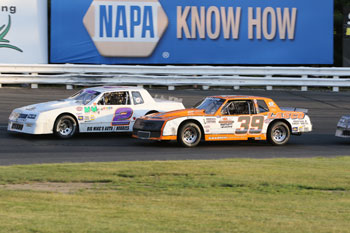 (Stafford Springs, CT)— Being a rookie driver in any division can be a daunting task but for Meghan Fuller, the 2018 Street Stock season at Stafford Speedway proved just the opposite. The Auburn, MA native began her rookie campaign at Stafford with only 3 previous Street Stock starts under her belt but that didn’t slow her down. Fuller scored her first career Stafford win in the second race of the season and she was a championship contender for the entire season before finishing second in the final Street Stock standings and taking home the R.A.D. Auto Machine Rookie of the Year honors in her #2 Propane Plus Chevrolet.

“I’m very excited to be the Rookie of the Year because we worked really hard this season and we had a pretty successful year completing every lap of competition,” said Fuller. “The season went pretty well for us. We didn’t expect to get a win as early in the year as we did but we got a win and a few podium finishes so I was pretty satisfied with how the year went. I’d like to thank my sponsors Interstate Transmission, Propane Plus, Simoniz, Tri-State Speedway, and Tick Mike and I’d like to thank my photographer Ann, my Dad, Uncle Jimmy, my brother, Lisa, David, Chris, and all my fans for their support this season.” 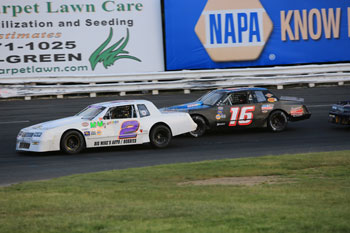 What Fuller was able to accomplish behind the wheel of her #2 car as a rookie driver was truly remarkable. Fuller was the only driver in the Street Stock division to complete every single lap of competition and she was tied with Street Stock champion George Bessette, Jr. for the most top-10 finishes with 19. Fuller credits her father, former Whelen Modified Tour champion Rick, her brother, and her Uncle Jimmy as the reason why she was able to be so competitive as a rookie.

“Definitely my Uncle Jimmy helping with the setup and my father, my brother, and Uncle Jimmy working on the car every week to get it ready and make it faster for me was the reason why were able to be so competitive this year,” said Fuller. “It’s a pretty amazing feeling to be the only driver to complete all the laps this year. I was speechless when we won and we were hoping that we could get another win but we just couldn’t quite make it happen. It was a little disappointing that we didn’t get another win but I’m still very proud of how we did this year.” 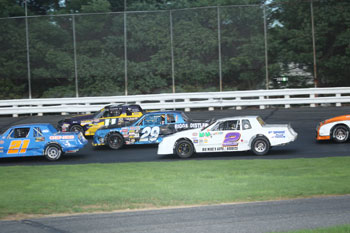 While getting her first career Stafford win was a major highlight of the year, Fuller says that once the season was over and she was able to reflect on everything that she had accomplished this year, her accomplishments stood out as the highlight of her rookie campaign.

“Getting a win this season was pretty amazing but at the end of the year when I found out all the accomplishments that we achieved this season by finishing second in points, winning Rookie of the Year, finishing seventh in the UNOH Youth Achievement standings and 8th in the national standings and being nominated for Most Popular Driver, that was the highlight of our year.”

With a full season of experience to be able to lean on, Fuller is looking forward to the 2019 season where she hopes to be challenging for more wins and the track championship. Fuller will also find out in January if she will become part of the 2019 NASCAR Drive for Diversity class. 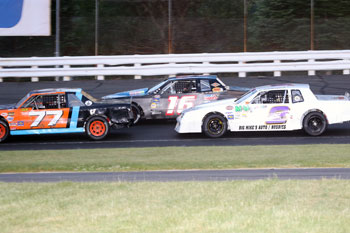 “We were hoping to do the best that we could this year and gain some experience and hopefully next season we can win a few more races and the championship,” said Fuller. “Getting the championship and more wins is always going to be our goal. I’m looking forward to next season. I love the competition at Stafford and the whole environment is very laid back. We’ll find out in January if I made the NASCAR Driver for Diversity program. If I do get accepted, I’m not sure how that will affect my Stafford race schedule.”

Fuller will officially be crowned as the 2018 R.A.D. Auto Machine Street Stock Rookie of the Year at the 49th Annual Stafford Motor Speedway Champions Awards Ceremony on Friday, November 16 at Maneeley’s in South Windsor.