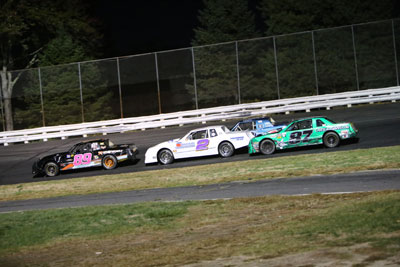 (Stafford Springs, CT)—Chris Meyer came to Stafford Speedway last year with 10+ years of experience driving a Street Stock but the 2020 season was his first campaign at the Connecticut half-mile facility.  Meyer’s lack of Stafford experience never showed though as he finished second in his first start and went on to win 2 races and finished 2nd in the final points standings.  With a season’s worth of experience under his belt, Meyer and the #87 D & L Services team have a wave of confidence heading into the 2021 season.

“Our goal is to win the championship this year,” said Meyer.  “I don’t want to say that was our goal last season because we had no experience at Stafford.  Our goal was to win a race and get a top-5 finish in the points standings.  We won 2 races and finished 2nd in points in a shortened season so this season with 22 races on the schedule our goal is to get 4 wins and we’d like to win the championship but if we’re in the top-3 at the end of the season that’s all you can ask for.  Anything less than a top-3 in the points and 4 wins would feel like we didn’t do our jobs.”

Meyer served notice to the Street Stock field that he would be a contender to be reckoned with in 2020 with his season opening second place finish.  After finishing 19th in the second race of the season due to getting caught up in a wreck that happened in front of him, Meyer posted 8 top-5 and 12 top-10 finishes over the final 12 races, including 6 podium finishes with 2 wins, 1 second place, and 3 third place finishes.  The team’s success initially came as a surprise to Meyer but as the season progressed, the #87 team continued to acclimate themselves to Stafford and asserted themselves as one of the weekly favorites to win. 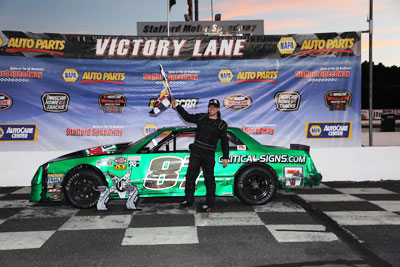 “I think we were surprised on opening day when we finished second but by the end of the year we weren’t surprised,” said Meyer.  “The only race we missed the top-10 was week 2.  I think we were one of the fastest cars that night and we got caught up in a wreck.  We had never been to a track with a tire rule before and I had never raced on a tire that was as good as the Hoosiers we raced on.  I had to change my driving style and it was a huge learning curve for both myself and the team.  It might seem like a small thing but we also had to adjust to racing on a Friday night rather than the weekend.  We came to win races and we knew we would figure things out and we were willing to do whatever we needed to do to accomplish that.  I’m not surprised my team was able to get adjusted and put together a couple of victories.”

Although Meyer and the #87 team finished half of the 2020 season on the podium, he feels like there is still room for himself and his crew to improve and be even better.

“You’re always learning new things and there’s always room for improvement,” said Meyer.  “I think we need to be a little better at making adjustments to the car in between the heat race and the feature.  We had that figured out pretty well going into the last 2 or 3 races, but that’s a very small sample size of the season.  With the rubber that gets put down and the weather changing it makes a huge difference at Stafford, more so than Waterford or Thompson.”

Meyer and his crew have been busy during the winter hanging a new body as well as changing out some of the steering components in his #87 Chevrolet.  Meyer also returns with his entire crew for the 2020 season and with great partners behind him, he is ready to tackle the 2021 season. 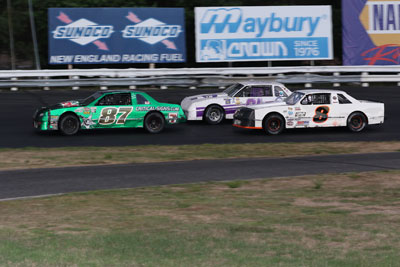 “We put a new body on the car and we made some updates with the steering, but we have great equipment with a JMD drivetrain and a BFR chassis so there wasn’t much room for improvement parts wise,” said Meyer.  “Everyone on the team is really excited.  This is probably the most consistent team I’ve had since I started racing.  Everyone that was involved with the team last year is coming back and we all have more experience.  We’re getting a back up car ready to go but hopefully we won’t need that this season.  We have great sponsors with D & L Services, 32 Signs came on board with us this season, 7-11 of Franklin, and R.A.D. Auto Machine.  I have to give a big thank you to my Dad Joe, he’s the glue that holds the team together and he makes this deal happen.  We’ve been racing together for 15 years and sometimes I forget about him because it’s so ingrained racing together.”

Meyer has previously won a track title at Waterford in the Street Stock division and he has placed second in the points on several occasions at Waterford and Thompson as well as last season at Stafford.  Some drivers might consider having such a wealth of experience racing for a championship as an advantage but Meyer doesn’t necessarily feel like his experience gives him any advantage at all in chasing a championship. 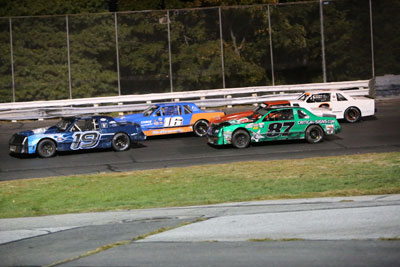 “So now that we have a season of experience at Stafford on top of my 10 plus years of experience racing Street Stocks, I feel like we’re at least one of the top championship contenders,” said Meyer.  “Frank L’Etoile is going to be tough and if Travis Hydar races all year long, he’s going to be tough and there’s other guys that are also very competitive.  A lot of the guys I’m racing against are younger and they don’t feel the pressure of racing for a championship.  You see a lot of young champions these days and they don’t crack during the season so I don’t know if my championship experience is an advantage for me or not.  We have a full year of experience and our team is well put together so I feel like we’re in pretty good shape.”

Meyer will kick off his 2021 championship quest at Stafford on Saturday, April 24 as part of NAPA Auto Parts Opening Day festivities.  The Street Stocks will be joined by the Granite State ProStock Series, the SK Modifieds®, Late Models, and Limited Late Models.  Feature action at Stafford continues on Sunday, April 25 with the 49th Annual NAPA Spring Sizzler featuring the Whelen Modified Tour, the SK Modifieds® in the second race of a weekend doubleheader, the SK Lights, and the Vintage All-Stars.  Ticket sales for these 2 events begin on March 1st.