Posted on January 20, 2017 by Scott Running Posted in News 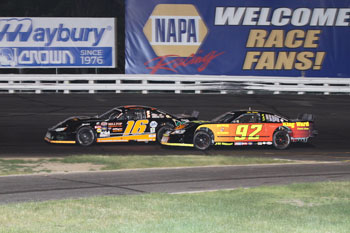 (Stafford Springs, CT)—After winning the Late Model championship at Stafford Speedway in 2015, hometown driver Michael Bennett decided to scale back his racing efforts to part-time status in 2016. With the 2017 season on the horizon at the Connecticut half-mile track, Bennett is ready to resume his full-time status in the track’s premier full fendered division and once again chase after a championship.

“Most of last year was a personal decision to not race the full season,” said Bennett. “Everyone knows the story of my son Chace and he’s still receiving treatments and my daughter Tenley was born in the summer of 2015. We won the championship and when the season was over, I felt like I needed a break. My children are always my first concern and personally I didn’t want to dedicate all of my time to one car at one track. I think it was more of a mental break that I needed and now my daughter is getting older and Chase is doing well so we decided to go for the championship again. After we won the Sizzler last year, the thought did cross my mind of should we continue, but I just had to block that out. I have to thank Start/Finish Productions with Ben Dodge and my car owner Bingo, who have both been outstanding helping us out. We’re working on some other sponsors but we wouldn’t be where we are right now without the support from Bingo and Ben Dodge.” 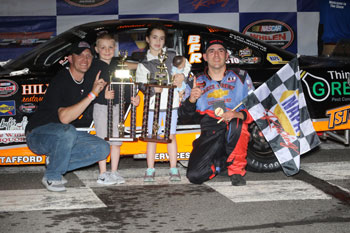 Although Bennett only made five starts in his #16 Start/Finish Productions Chevrolet during the 2016 season, he scored a win in the season opening NAPA Spring Sizzler feature and the #16 car won a second time with Woody Pitkat behind the wheel for the Late Model 50-lap extra distance feature. Bennett scored 7 wins and never finished outside the top-10 during his 2015 championship season and he is feeling confident about his chances at running up front once again on a regular basis.

“We didn’t get all the finishes that we wanted at Stafford, but we still had a pretty good season last year,” said Bennett. “We’re confident in what we bring to the track but I think it was just a case of not being there every week. Sometimes when the track rubbers up, it’s one way, and then when it rains it’s another way and we weren’t able to keep up with that running part time. We’re going to do our best to try to put ourselves in position to win another championship. The competition is great at Stafford and it’s great to see everyone who has signed up to race. Joey Cipriano is a good driver and I’ve seen him in the NEMA Lites. He didn’t have a lot of experience in those cars but he was pretty quick. It’s going to be fun to see Matt Vassar back at Stafford, he’s had a lot of success racing down south. Tom Fearn is still on top of his game and he’s the guy to beat right now, Josh Wood is going to be tough, Michael Wray seemed like he came out of nowhere the last couple seasons with a great car, and Kevin Gambacorta is always there. I think we have one of the best cars and teams and I feel confident we can be right back up front and we just need to have a little luck on our side.” 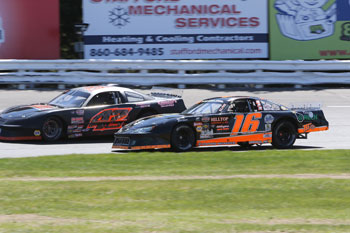 With 15 career Late Model wins to his credit combined with 14 career Ltd. Late Model and 4 DARE Stock wins, Bennett certainly knows how to get to NAPA Victory Lane. And with a crew intact that has spent years with Bennett, the formidable duo have their sights set on not only another championship, but winning the NAPA Spring Sizzler Late Model feature for the third consecutive season.

“The crew is still all together and everyone is pumped to get back at it running weekly,” said Bennett. “The break helped rejuvenate everyone and I know a lot of guys have stepped up and improved their cars, but we’re confident in what we bring to the track. It’s going to be tough to do but we’ve already been talking about winning our third consecutive Spring Sizzler. The Sizzler is a race that everyone wants to win and has their best stuff so we’d love to be able to win that race again. With the competition the way it is, you need to be up on the podium every week to stay in contention. A good run in the Sizzler definitely sets the tone for the season and we’ve found that to be true the last two years. Usually we have a history of starting off slow and climbing up hill from there but in 2015 we won the Sizzler and 3 of the first 5 races and that really put us in good position for the remainder of the season. We’re hoping we can do that once again.” 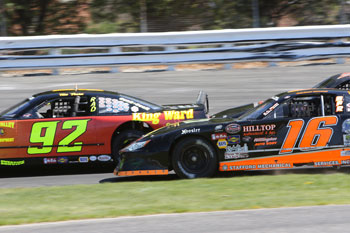 Bennett and the rest of the Late Model field will get their first taste of going for NAPA Victory Lane in the 46th Annual NAPA Auto Parts Spring Sizzler on April 28-30. Tickets for the “Greatest Race in the History of Spring” are on sale now at the Speedway Box Office. Tickets are priced at $40.00 for adult general admission tickets, $5.00 for children ages 6-14, and children ages 5 and under are admitted free of charge when accompanied by an adult. Reserved seating is priced at $42.00 for all ages. As always, Stafford Motor Speedway offers free parking with overnight parking available. All tickets are good for both Saturday and Sunday admission. All ticket prices include 10% CT Admission Tax.