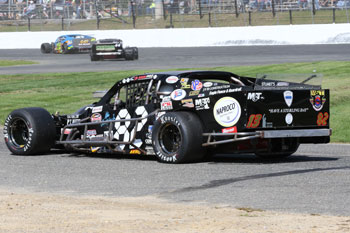 (Stafford Springs, CT)— When the SK Modifieds® hit the track for the first time during the 2019 NAPA Spring Sizzler® Weekend on April 26-28, Michael Christopher, Jr. and the #82 NAPROCO team will be looking continue their 3-race winning streak that began with the last three races from the 2018 season.

“Since the season ended last year the anticipation has been building,” said Christopher. “To end on a high note like that you just want to keep on going but unfortunately winter comes around. I’m really excited to get back going at Stafford. We had good momentum finishing last season and the experience I gained during the year is something that I haven’t had before so I want to implement that experience and see what we can accomplish this season. All this is possible thanks to NAPROCO and the Meyhofer family, Mike’s Auto & Body Shop, Mohawk Northeast, Connecticut Trailers, Waddell Communications, and everyone else who helps us out.” 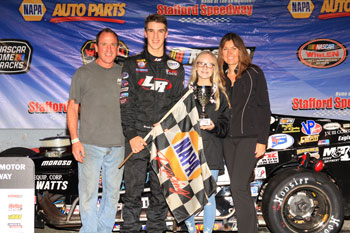 For Christopher, the first 16 races of last season was a roller coaster ride filled with highs and lows. Christopher scored his first career win on June 15th and notched three podium finishes, but also had four finishes outside the top-15. The final 5 races of the season was a different story with the #82 team capping off the season with 5 consecutive top-5 finishes, including 3 straight wins. That 5-race stretch allowed Christopher to climb from 7th in the standings and 156 points behind eventual champion Ronnie Williams to his final position of third, just 78 points back. Christopher is focused on building off his season ending momentum and challenging for the SK Modified® championship in 2019. 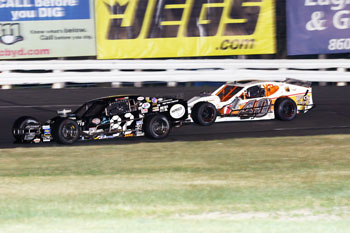 As Christopher continues his racing career, he is looking to not only establish himself but he is also carrying on the legacy of his late uncle Ted, who is Stafford’s winningest driver with 131 feature wins and 9 SK Modified® championships. Christopher’s #82 car is the same car that Ted drove to 6 wins in 2017 and carrying on the family tradition makes any race win extra special.

“To continue that legacy is something that is always in the back of my mind as a goal,” said Christopher. “That’s obviously important to me, my family, everyone involved, and all the fans who followed Ted. We won a couple races on special dates last year. Our first win was right around Teddy’s birthday and our third win was the one-year anniversary of the week that he passed away, so those races meant a lot. Any time we win a race we always think about Teddy and what he accomplished.”

Christopher’s impressive four-wins in 2018 were the first SK Modified® feature wins of his young career. As strong as Christopher and the #82 team were at the end of the 2018 season, Christopher says there’s always room for improvement to become even stronger as a driver. 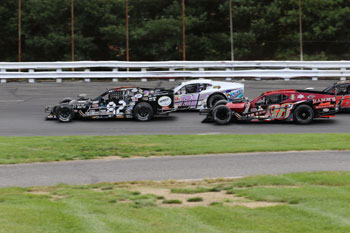 “Last year the couple of races we won we had a dominant race car with a lot of speed, so there wasn’t a lot of having to race the last couple of laps with the front running drivers,” said Christopher. “This year I’m going to have to learn about getting down to the wire what you have to do behind the wheel to win races. The light bulb finally clicked for us last year and our team operation is running on all cylinders right now. We made a name for ourselves at the end of last season and showed that we can be a threat to win races at the end of the day.”

The 2019 season gets underway at Stafford with the NAPA Spring Sizzler® spanning 3 days kicking off Friday, April 26th with a full afternoon of practice for Stafford’s weekly divisions. The weekend continues Saturday, April 27 with qualifying for all divisions including group qualifying for the NASCAR Whelen Modified Tour as well as feature racing for the Vintage All-Stars, Limited Late Models and Street Stocks. New for 2019, the Saturday Street Stock feature will be a 30-lap special event as part of the RMSPCO.com Street Stock Triple Crown. Sizzler® weekend is capped off Sunday, April 28 with the NAPA Auto Parts Pit Party and feature racing for the SK Modifieds®, Late Models, SK Light Modifieds, and finally the NAPA Spring Sizzler® 200 for the NASCAR Whelen Modified Tour.