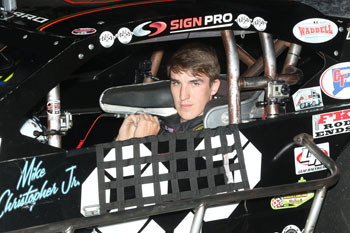 (Stafford Springs, CT)—For Stafford Speedway driver Michael Christopher, Jr., the 2019 season has been an uphill climb littered with mechanical issues. If any race can be a turning point for Christopher and the #82 Connecticut Trailers / Mohawk Northeast team, it is the July 12 Bud Light Open 80 / TC 13 Shootout. Christopher will pull double duty that night, driving his familiar #82 car in the SK Modified® feature as well as driving Tommy Baldwin’s #7ny Mohawk Northeast car in the Bud Light Open Modified 80.

“I’ve had that race circled on my calendar all year,” said Christopher. “We were originally supposed to drive in the May Open 80 race but with rain rescheduling things that got scratched. I was wondering if I was going to get the chance to race Tommy’s car at all and luckily he had an availability for the July 12 Bud Light 80. I’ve been getting more excited the closer we get to July 12 and Joey Campbell sent me a picture of the car yesterday and it’s just about ready to go. I really have to thank Mohawk Northeast for sponsoring us driving Tommy’s car.” 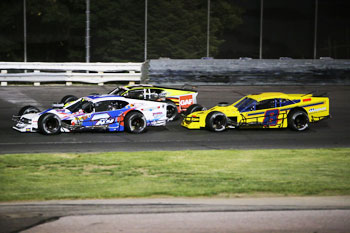 Stafford SK Light driver Bryan Narducci drove Baldwin’s #7ny car in last month’s Twisted Tea Open 80 and recorded a 4th place finish. Christopher is looking forward to getting behind the wheel of the #7ny car knowing the potential the car has to win the race.

“The goal any time you show up to the track is to win and I think Tommy’s car has the potential to win and my mindset is to get a top-3 finish and try to win the race,” said Christopher. “I talked with Bryan after he drove the car and hopefully Tommy and all his guys can figure out where they struggled with the car last time and they can make it better. In order to win, you’ll need to be good on restarts and it’s going to depend on what tires we change during the race. Ryan Preece showed that if your car is good enough, track position doesn’t really matter because he charged right through the field after he pitted for fresh tires. I like the idea of pitting late for tires like Ryan did. I’ve seen Teddy [Christopher] do that a lot on the Tour, but whatever game plan Tommy has for me, I’ll do the best that I can.” 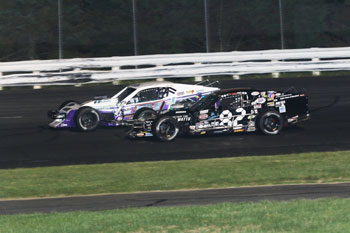 Christopher will also have his sights set on picking up his first SK Modified® feature win of the year as well as the TC 13 Shoot-Out. Christopher came into the 2019 season as one of the championship favorites in the SK Modified® division after winning the final 3 races of the 2018 season, but he has yet to win a race and he currently sits 7th in the SK Modified® points standings, 106 points behind Todd Owen.

“It’s been rough this year, but that just shows that anything can happen in big time auto racing,” said Christopher. “We went from winning 3 in a row at the end of last year to just having bad luck in general so far this season. It’s not like we have a bad car. The car is fast in practice, fast in the heat race, and it’s usually fast in the feature. Our problem has been the car has fallen off when we do make it to the checkered flag. We’ve had power steering issues in four races this year, and last week a rocker stud broke, which my father has never seen in all of his years in racing. There’s not much you can do about bad luck. We’re hoping we can get things turned around in July. I don’t check points religiously but I know we’re not up front so it’s going to take wins to get back into it. We have a winning race car, we have a winning crew, and I know I can win races, so we just have to make sure everything is done right and hope nothing breaks.”

In addition to locking down a first win of the 2019 season, Christopher would like nothing more than to win the TC 13 Shootout in memory of his late Uncle Ted. 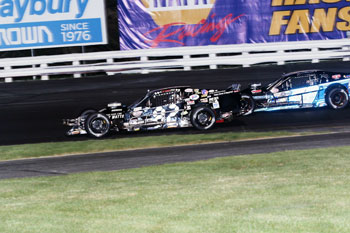 “The July 12 race is marked on my calendar with the TC 13 Shoot Out,” said Christopher. “Last year we broke a motor in practice and Cory DiMatteo let us use his car so thanks to him for that. Hopefully we can make it through practice with our car this year and get through the 40-lapper. My number one goal for the night is to win the TC 13 Shoot-Out and winning that race would be good motivation for the Bud Light 80. There’s a lot of opportunities to win races that night and if we can go 3 for 3, that would be awesome.”

With the second half of the 2019 season still to go, Christopher will be looking to emulate his end of 2018 performance where he won the final 3 races of the season to help him get back into the thick of the SK Modified® championship race.

“Absolutely 100% we can go on another run like last season,” said Christopher. “Even though we’ve had some issues, we’ve still been working on making the car better and learning about the car and making adjustments so we’re good for 40 laps. We have a great car every week, it’s just a matter of getting to the checkered flag. It gets frustrating because you wonder if you didn’t have the problems, could you have won those races, but it is what it is and you just show up the next week and do your best.” 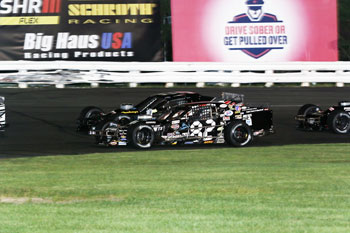 The TC 13 SK Modified® Shootout will once again be paired with the Bud Light Open Modified 80, the 3rd Open Modified event of the 2019 season. Stafford’s Late Models, SK Lights, Limited Late Models, and Street Stocks will also all be in action. Tickets for the Bud Light Open Modified 80 / TC 13 SK Shootout are priced at $30.00 for adult general admission, $5.00 for children ages 6-14, and children ages 5 and under are admitted free of charge when accompanied by an adult. Reserved seat tickets are $32.00 for all ages. All ticket prices include 10% CT Admission Tax. Stafford Motor Speedway offers plenty of free parking along with overnight camping available for self contained Recreational Vehicles.