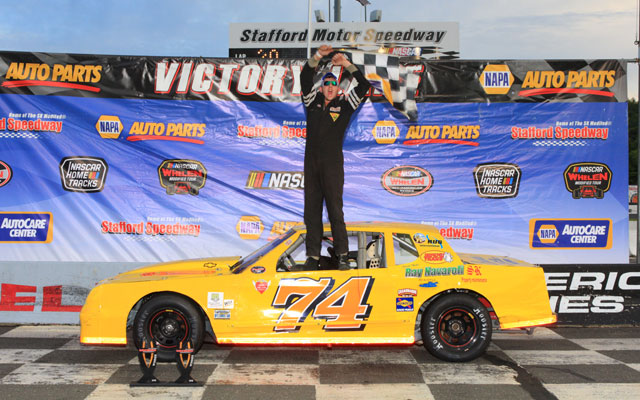 (Stafford Springs, CT)—Friday, September 25 saw Street Stock driver Brandon Michael take what was likely the hardest hit of his racing career into the turn 3 wall at Stafford Speedway.  Ever the racer, Michael will be returning to competition this Friday with an unforeseen twist.  Michael hit the wall with his #74 All Season Small Engine Repair Chevrolet after contact from John Orsini in the #56 RSMPCO.com Chevrolet.  With Orsini indefinitely suspended from competition at Stafford, Michael has struck a deal to drive Orsini’s #56 car in the final 2 races of the 2020 season at Stafford.

“I’m definitely feeling better than I did last Friday,” said Michael.  “Each day its getting better and I’m still a little sore but not sore enough to keep me away from racing.  One of John’s sponsors, Jason Derwin with RSMPCO.com, contacted me and I was talking with his son Riley and he said he was going to be driving the #56 car.  I mentioned to him that I was still searching for a ride and I talked things over with Jason.  We came to an agreement, Jason ran this deal by John, and they agreed to put me in the car for the rest of the season.  It’s definitely a strange deal, but we’re always down for some strange opportunities.”

Michael is still in search of his first win of the 2020 season, having posted 3 top-5 and 5 top-10 finishes in 9 races this season.  Orsini’s best finish of the season was a fourth in the opening race of the 2020 season back on June 26 but Michael thinks the #56 car has everything he needs to win and his mindset is to capture a victory before the 2020 season comes to an end. 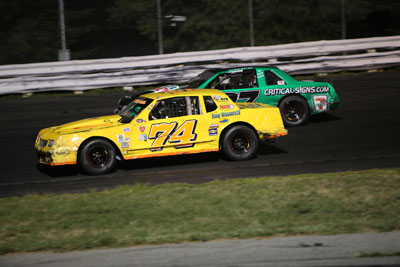 “We have some pretty good confidence in the performance of the #56 car and all the guys I have behind me,” said Michael.  “We’re coming to the track to win and we’re going to give it everything we have.  Obviously it’s a new car to me so we’ll have to take every lap we can get out on the track to get comfortable in it.  I think we’ll be able to work with what we have, it’s good equipment so we should be pretty well set to go to try to take the car to the front.  I’ve seen the car in person, John has the best equipment, and it’s a safe car which was one of my biggest concerns.  We looked at a few cars this week that didn’t quite have what we were looking for with safety stuff.  Between people wanting to either help me out or just to wish me well, I’ve had probably over 300 people reach out to me, it’s been amazing to see the amount of people who contacted me through Facebook or by texting me.  My biggest goal was to get back to the track this Friday so this is pretty great.  I have to thank John Orsini for letting me drive his car, Jason Derwin from RSMPCO.com for helping to put this deal together, All Season Small Engine Repair, EJK Construction, Kobos Landscaping, Berardi Transmissions, R.A.D. Auto Machine, my entire family and crew, and special thanks to Ed Flemke from Raceworks.”

Michael makes his return to competition this Friday, October 2nd as part of the Stafford Weekly Racing program Presented by All Phases Renovations.  Tickets for this race are on sale now through the Stafford Speedway website with adult general admission priced at $20.00, $5.00 for kids ages 6-14, kids 5 and under are admitted free.  Paddock passes are priced at $40.00.  The 2020 points race will conclude next Friday, October 9 with NAPA Auto Parts Championship Night.