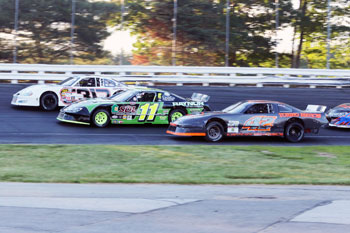 (Stafford Springs, CT)—For many racers, a season where they scored one win, ten top-5 and fifteen top-10 finishes to go along with a 7th place finish in the points standings would be considered a pretty good season. But for Northford, CT native Michael Wray, driver of the #42 DMW Graphics Chevrolet, those season numbers registered as a disappointment. Wray was coming off a 2016 season that saw him register two wins, fourteen top-5, and seventeen top-10 finishes, with ten of his fourteen top-5 finishes being podium finishes. Wray is looking forward to getting back on the track in 2018 and returning to his 2016 ways.

“I think we were a little disappointed with how last season went for us,” said Wray. “Coming off our 2016 season, we were on the podium something like 10 out of 17 races and we finished second in points. Last year was still a good year but it wasn’t quite as good. For 2018 we’ve went through some stuff and we’ve pretty much rebuilt the car from scratch so I feel like we’re in a much better positon than we were last year and I’m excited, I think we’re going to have a good season.” 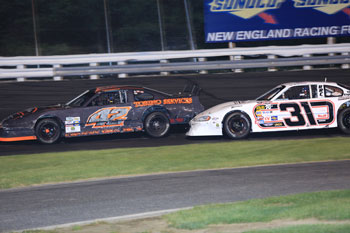 Although the 2017 season might not have been up to Wray’s standards, the season got off to a promising start. Wray posted top-5 finishes, including his lone win of the season, in each of the first 7 races of the season. Wray’s good start to the year saw him sitting second in the points standings, only 4 points behind Glen Reen. But then Wray and the #42 team ran into some struggles with their car and the next four races saw them fall from second down to fourth with only one top-5 finish in that 4-race stretch.

“We were fast at the start of last year but around the halfway point we seemed to hit a midseason lull,” said Wray. “The car kind of fell off the cliff a little and at the end of the year we found out that the frame was bent. We’re not sure exactly when the frame got bent. Might have bent it at the Fall Final but if it happened earlier in the year, that could have been part of our problem with the car around midseason. I think another part of last season was that everyone else got stronger and there was a lot of speed on the track. We still had some parts and pieces on the car from back when Jay Stuart was racing it and that kind of caught up to us a little. We are taking this winter to make changes that we needed to make to try to get caught back up with the competition. I travel for work so I was down in Virginia and had to miss a couple of races towards the end of last season. I’ve spent the last three months down in Virginia for work so hopefully I have all my work travel done and out of the way so I won’t have to miss any races this season. We’re excited and we’re looking to come back stronger in 2018.” 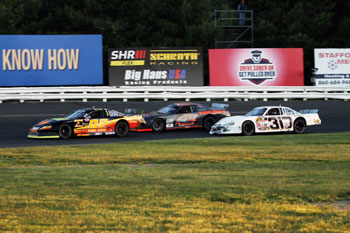 Wray’s main goal for 2018 will be to return to NAPA Victory Lane as many times as he can. With Wray’s experience from the 2016 season, where he didn’t post a finish lower than 7th all year long, and with his #42 machine gone through and overhauled in preparation for the 2018 season, Wray could also be considered as one of the favorites to be a championship contender.

“At the end of the day we’re there to win races and whatever happens with the championship happens,” said Wray. It would be cool to be a contender for the championship. I’ve been going to Stafford since I was around 6 and a lot of the guys I’m racing now I grew up watching, so it would be pretty cool to be able to say I beat them to win a championship. I think you’re always learning something every time you get behind the wheel. It’s good to have someone like Jay Stuart in our corner. He knows all the tricks and he is a big help to us with the car. It seems there’s always some races where you wish you would have done something different because you got outsmarted by a guy with 20 years experience.”

Although he might not have the amount of experience that some of his competition, Wray has shown to be quick study behind the wheel of his #42 car. Wray ran three seasons in the Limited Late Model division before taking time off from racing to finish up his school. Wray was the Late Model Rookie of the Year in 2015 and he has won a race in each of his three seasons of Late Model competition at Stafford. Wray also has some good support on his car and behind the scenes in his shop. 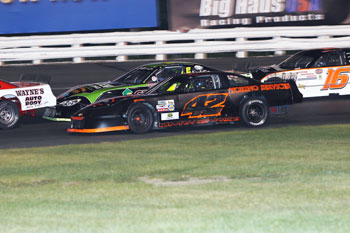 “I have to thank my sponsors, DMW Graphics, my brother Dave does the wrap for the car every year and it always looks awesome, Torino Services, and Kennedy’s On-Site,” said Wray. “I also have to thank my crew, especially my Dad. While I’ve been working all these hours, he’s been the one working on the car these last three months.”

Wray’s first opportunity to add to his career win total will be at the 47th Annual NAPA Auto Parts Spring Sizzler® on April 27-29. Tickets for the “Greatest Race in the History of Spring” are on sale now at the Speedway Box Office. Tickets are priced at $40.00 for adult general admission tickets, $5.00 for children ages 6-14, and children ages 5 and under are admitted free of charge when accompanied by an adult. Reserved seating is priced at $42.00 for all ages. As always, Stafford Motor Speedway offers free parking with overnight parking available. All tickets are good for both Saturday and Sunday admission. All ticket prices include 10% CT Admission Tax. Discount Spring Sizzler® tickets will be available beginning in March at participating NAPA Auto Parts stores.