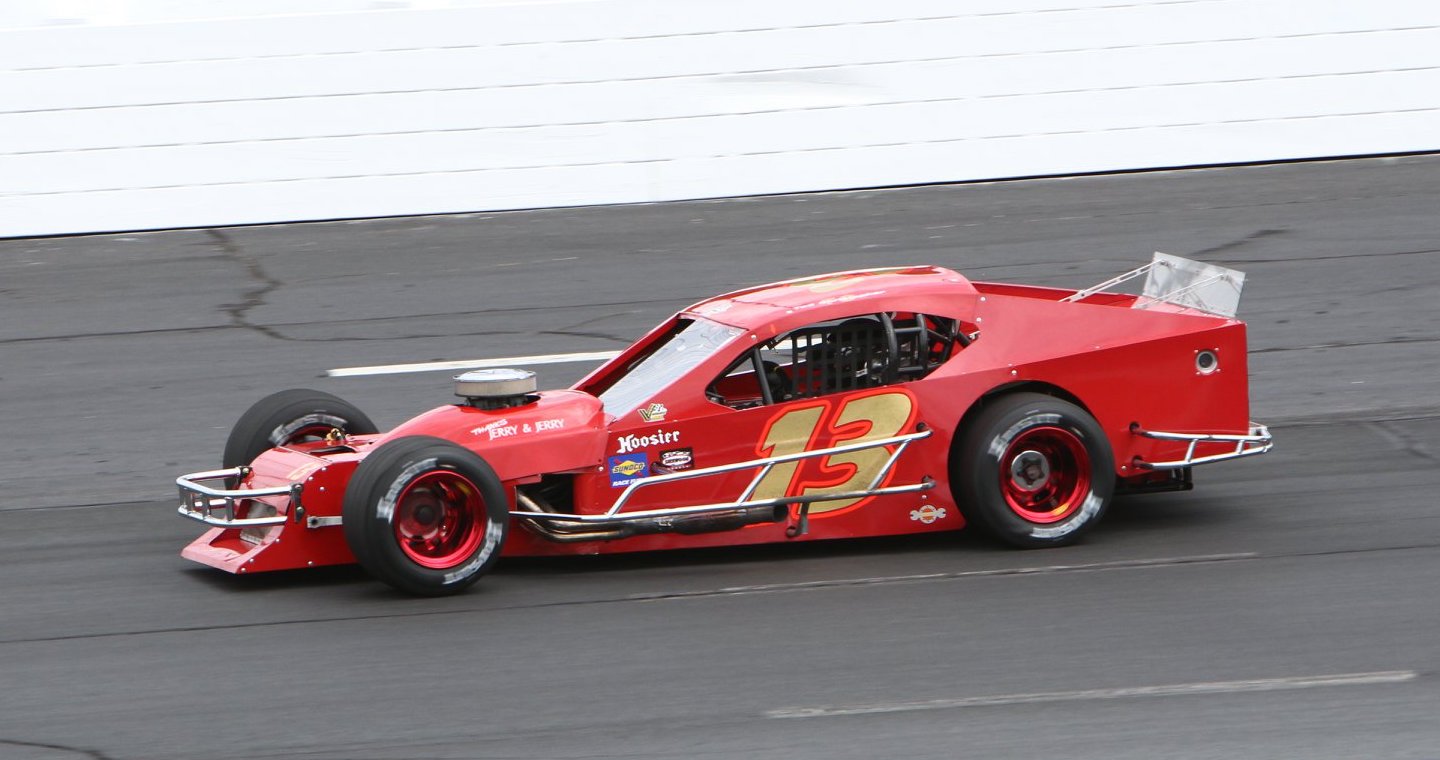 “I’ve been looking forward to this race since we decided to run it,” said Christopher, Jr. “The car is pretty much ready to go, I just need to make sure I fit in the seat. I’m excited not only because it’s my first race in a Tour type Modified, but we’re keeping the car all red with the #13 on it and Ted’s name on the roof. It’s going to be pretty special to go out and represent Ted. It means everything to me and to my family to be driving this car and the race is going to be a lot of fun. I have to thank my Auntie Quinn and my Dad for giving me this opportunity.”

Christopher, Jr. got started racing in the Wild Thing Kart Series and he has made the progression to Legend Cars, SK Lights, and now the SK Modified® division at Stafford. The longest race that Christopher, Jr. has taken part in is the 100-lap NAPA SK 5k, which he has started three times. Christopher, Jr. has recorded top-7 finishes in each of the last 2 NAPA SK 5k events but with the difference in power between an SK Modified® car and a tour type modified, he isn’t quite sure what to expect for tire wear during the Twisted Tea Open Mod 80.

“I think the biggest issue for me will be driving the car on old tires,” said Christopher, Jr. “I know we can change two tires during the race but I’ve never driven a car with this much power. Depending on how many laps we go before the pit stop, I’m not sure if it’s going to be a challenge or not driving on old tires. Not that it’s a major challenge, but I think that will be the biggest thing for me. I’ve only ran the SK 5k a couple of times but we don’t really wear the tires that much.”

Despite his lack of knowledge when it comes to the potential tire wear during the Twisted Tea Open Mod 80, Christopher, Jr. knows he will be behind the wheel of a good car with Ted Christopher winning the VMRS race at Waterford last August. Rather than setting his mind on a win, Christopher wants to simply finish the race and possibly get a top-5 finish in his first race in a tour type modified car.

“We definitely have a good piece coming to the track,” said Christopher, Jr. “Ted ran really well with the car at Waterford and it was fast at Stafford before the engine blew up. I know I have a good car underneath me and I’m prepared for the 80 laps and whatever might be in store. More than anything I want to finish the race. Going into my first tour type modified race, I know there’s a lot of good teams that are coming and it will be pretty prestigious to win Stafford’s first open modified race. There’s a lot of hype going into this race so everyone is going to be on their game for this race. If I could salvage a top-5 or get on the podium, that would mean a lot. A lot of things can happen and if it comes down to going for the win, we’re going to go for it.”

The 2018 season at Stafford has gotten off to a great start for Christopher, Jr. in the SK Modified® division. He has recorded 3 top-5 and 4 top-10 finishes in the first 7 races to currently sit 7th in points. Christopher, Jr. is still chasing his first SK Modified® feature win and he says he wouldn’t quite know how to react if he were to win the Twisted Tea Open Mod 80 this Friday night.

“I really don’t know how I’d react,” said Christopher, Jr. “The anticipation for this race has been building and we’ve had a good car in the SK Modified® and we’re really close to getting our first win there. If I were to win this race, I’d be more shell shocked than if we won an SK race. Especially being Ted’s car, I wouldn’t know what to think. We’re really close with the SK. We thought we had a good car last week but the race went green to checkers and there wasn’t much we could do. The whole field is pretty close but I can feel it’s coming and a lot of people have faith in me.”