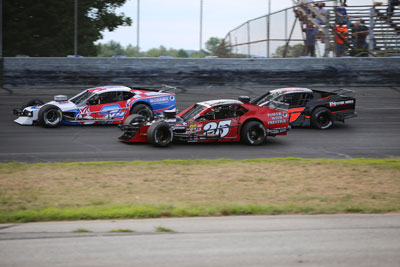 (Stafford Springs, CT)— Normally when a driver is the fastest car in practice, wins their heat race, and leads 68 of 100 laps en route to a second place finish, it would be cause for celebration.  That performance is exactly what Michael Christopher, Jr. and the Tommy Baldwin, Jr. owned #7ny Mohawk Northeast Open Modified crew achieved during the NAPA Auto Parts Open 100 at Stafford on Aug. 7, but the result of second place left a bad taste in their mouth. They are focused on victory lane as they prepare for the next open modified event at Stafford, the Lincoln Tech Open 80 on Friday, August 21st.

“That race was certainly dejecting and I wasn’t happy after the race,” said Christopher.  “The car was so good but our Achilles heel was that the tires didn’t grow after we pitted and there’s nothing that we can do about that.  Even with the car being off so much after we changed tires it was still fast enough to finish second.  My confidence is really high.  Whatever Tommy [Baldwin] brings to the track is stout so I’m not really worried about that.  Hopefully we’ll be fast enough in the next race to finish things off.” 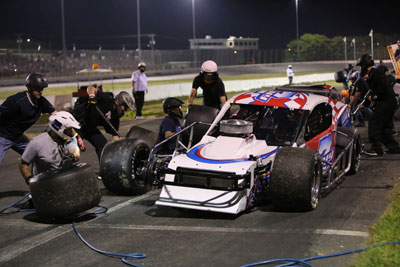 Over the last 2 seasons, Baldwin’s car has performed well at Stafford.  Jon McKennedy nearly won the August Stafford 150 last season, finishing second behind Ronnie Silk after a green white checkered finish.  Bryan Narducci finished 4th in last June’s Open 80 and Christopher piloted the #7ny to a 5th place finish last July in the Open 80.  After being the dominant car and finishing second in the NAPA 100, Christopher is determined to go one position better in the Lincoln Tech 80.

“Looking back at the race and seeing how well we did throughout the day, I was more upset that we couldn’t finish things off and win the race,” said Christopher.  “It’s part of racing and we’ll just have to deal with that and move on to the next race.  I wasn’t happy and neither was Tommy.  Tommy always comes to the track with a winning racecar and when something like that happens, after we lead all of practice, win our heat, and lead most of the laps, we were both pretty upset and we’re both of the same mindset that we’re coming to the track to win.  If we can have the car be as good as was last time out at Stafford for the whole race, I think we’ll have a pretty good chance at winning.”

Christopher knew right away that the #7ny car was going to be among the contenders for victory in the NAPA 100 right from the first practice session.  With how well Baldwin prepares his cars, Christopher is looking forward to another chance at driving the car into NAPA Victory Lane in the Lincoln Tech Open 80. 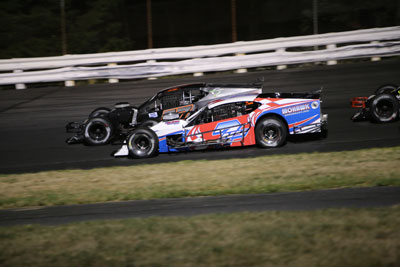 “I knew from the very first practice session we were going to be a contender to win the race and that was my thought the whole night,” said Christopher.  “For the first half of the race I don’t think I pushed the car much harder than 70% and it was pretty unbeatable at that point.  The car was tenth or two tenths of a second faster than everybody else when I wasn’t driving it hard and on the restarts when I drove the car hard it would kill the competition.  It’s definitely a good feeling when you have a car underneath you that you can nonchalantly drive it and still be faster than everyone else.”

As dominant as Christopher was in the NAPA 100, he is looking to come back for the Lincoln Tech 80 with little to no changes on the #7ny car, although Baldwin will be ready to make changes if the car doesn’t respond like it did during the NAPA 100.

“Tommy is smart enough to have different packages and plans for the car and if it’s not as good as it was last time then he’ll put a whole different package into the car,” said Christopher.  “What we had last time was almost good enough to win the race so I don’t see any reason why we’ll change much from the last race.  If I could do anything differently, the one time I restarted on the bottom I lost the lead so I guess that’s one thing I could change.  I’ve looked at all the previous open 80’s at Stafford and some guys take the top and it works and some choose the bottom and that works too.  The bottom didn’t work out for me but more than anything we just need to have the same car in the second half of the race that we had in the first half of the race.” 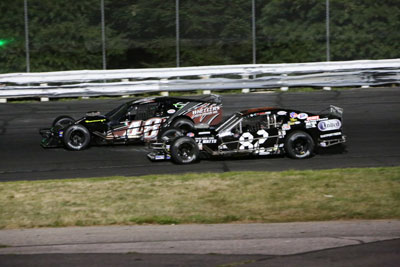 In addition to driving Baldwin’s #7ny open modified, Christopher is also closing in on his first SK Modified® victory since winning the final 3 races of the 2018 season.  Through 5 races thus far in 2020, Christopher has a pair of 3rd place finishes and currently sits 4th in the SK Modified® points standings, 50 points behind Keith Rocco.

“I feel like we’re close to getting another SK win,” said Christopher.  “I think we got lucky to finish third last week because the car was really loose but we found some things that we’re going to change on the car and we’re trying to find what the car needs.  It’s very hard to do in the SK’s because everyone is so close and the top cars are all within a tenth of a second or two so it all comes down to fine tuning and hitting on what the car needs every Friday night.”

The Lincoln Tech Open Modified 80 is set for Friday, August 21st.  Tickets for the Lincoln Tech Open Modified 80 will go on sale through the Stafford Speedway website starting on Saturday, August 15.  Tickets are priced at $30.00 for adult general admission tickets, $10.00 for kids ages 6-14, kids 5 and under are admitted free of charge when accompanied by an adult, and paddock passes are priced at $50.00.