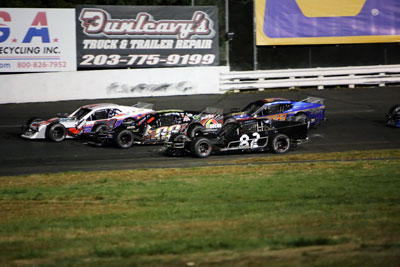 (Stafford Springs, CT)—After going winless during the 2019 SK Modified® season at Stafford, Michael Christopher, Jr. returned to NAPA Victory Lane in 2020 with a thrilling late season victory. Along with the win Christopher posted a total of six podium finishes in 14 races and nearly matched his career best of third in the final points standings by finishing fourth. With the first green flag of the 2021 season on the horizon, Christopher is ready to put his #82 Eastport Feeds / New England Turf Management Chevrolet back in NAPA Victory Lane.

“A successful season would be for us to capture wins,” said Christopher.  “I’d like to get at least 3 wins or maybe match my 4 wins from the 2018 season.  It all comes down to having a fast racecar and good track position at the end of the races.  We’ve always been in contention racing for wins so it comes down to those factors and to me as the driver.  Having confidence in myself can turn into good results on the racetrack but luck is also a big part of racing and sometimes it goes your way and sometimes it doesn’t.  You just have to take the good with the bad and in 2019 I learned to keep my head down, try to figure things out, and stay focused on what you’re doing.  The next Friday night is always going to show up so no matter if things go good or bad, you try to keep the same attitude.” 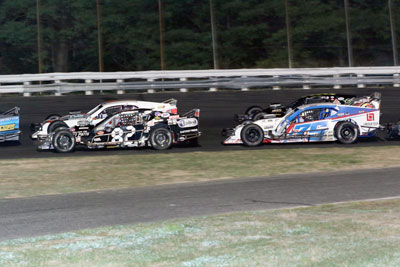 Christopher’s first opportunity to add to his win total will be a pair of 40-lap SK Modified® feature events scheduled for NAPA Opening Day on Saturday, April 24 and the NAPA Spring Sizzler on Sunday, April 25.  The twin feature format revives an SK Modified® season opening tradition that was in place from 1997-2004 and Christopher is looking forward to getting the season off to a hot start.

“I’m excited to see what another season is going to bring,” said Christopher.  “The Sizzler is obviously a special race and with this year being a doubleheader, that should only add to the excitement racing on both Saturday and Sunday.  We’re going to try to do everything we possibly can in order to have a good starting position for the Saturday race.  Usually you have to finish Saturday in order to go racing on Sunday so it’s going to be interesting to see how guys approach those 2 races.  Not that we want to use our backup car but we’ll have it ready to go if we need it.” 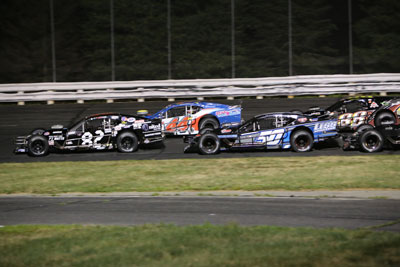 After finishing 14th in the points during his rookie season in 2015, Christopher has 5 consecutive top-7 finishes in the points standings with a best finish of 3rd in 2018.  With Christopher on the hunt for more wins he will have to strike a balance between racing for wins and racing for points if he is going to meet or exceed his career best finish in the standings.

“Wins are something that you always go after, especially at the short track level,” said Christopher.  “Wins are what brings the most fame and fortune but if you finish second or third, that’s only 2 or 4 points less than a win so it’s not like there is a gigantic incentive to win the race for points like there is for ego, money, and those sorts of things.  If you’re “points racing” towards the end of the year, sometimes it might be better to give up a win and take a second or third place finish.  If I find myself in that situation, not to say I don’t want to win races but that’s a situation I might have to think about.  In order to be at that point, you have to be up there in the points and you typically need to win races to be racing for the championship.  If you’re racing someone who hasn’t won all season long and is just out there to win, you’d race them differently than someone else who is going for the championship.” 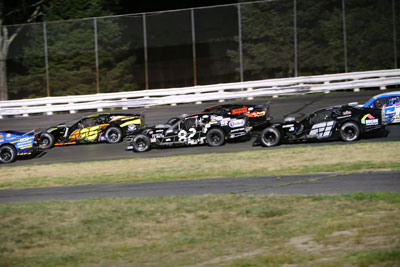 While Christopher and his #82 team are up to the task of winning races, the competition level in Stafford’s SK Modified® division can make winning races a tall order.  It took Christopher 4 seasons before he won his first SK Modified® feature, winning 4 times in 2018, with the next victory coming in 2020.

“I think it’s known around the racing community, especially in the Northeast modified scene, that the toughest division in short track racing is the SK Modifieds® at Stafford,” said Christopher.  “I can think of at least a half dozen guys who can win races on any given night.  I know that sounds like a cliché, but the thing with clichés is that they’re true.  The competition between drivers is high and the cars are also very similar to each other on the track.  If you look at times from practice, heats, or features, the top-10 cars are all basically within a tenth of a second or two of each other.  The competition at Stafford is second to none.” 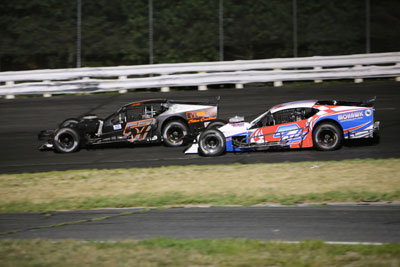 The SK Modified® division won’t be the only area where Christopher will be looking to add to his win total in 2021.  Christopher will once again team up with Tommy Baldwin to pilot the #7ny in Stafford’s four Open Modified events; the Call Before You Dig 81 on May 14, the Twisted Tea 80 on June 4, the Bud Light 80 on July 9, and the Lincoln Tech 80 on August 20.

“I’m super excited about driving Tommy’s car again, we had good and bad luck last year,” said Christopher.  “We led a ton of laps in our first race and finished second and then we were up front in second place in our second race and the motor blew up.  The Tri-Track race was a bit of a mess for us but overall I’m very excited because I worked really well together with Tommy and his crew.  Things were very worry free and calm so we could go out there and do our job.  Hopefully we can finish one place better this season and not break any motors and I think we’ll have a good chance to compete for multiple wins in that car.  There’s a real good bond between Tommy, his crew, and myself where everything seems to work out really good.”

General Admission tickets for the April 24 NAPA Auto Parts Opening Day are now available online at StaffordSpeedway.com/tickets. Tickets for the April 25 NAPA Spring Sizzler have sold to capacity limits but fans can sign up for ticket alerts if more tickets should become available at https://bit.ly/39fOoTY.  Stafford Speedway remains under reduced capacity per order of the State of CT due to Covid-19 restrictions. Fans are encouraged to purchase tickets as soon as possible to ensure a ticket to the event. Paddock passes will become available online two weeks prior to the event.