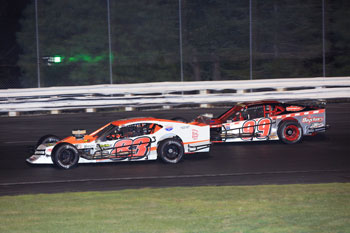 (Stafford Springs, CT)—This Friday, August 30, the Valenti Modified Racing Series heads to Stafford Speedway for the Lincoln Tech 80. Leading the point standings is the #83 Spirit of Alaska Wilderness Adventures machine of Grantham, NH native Mike Willis, Jr.  In the last 10 VMRS races held at Stafford dating back to the 2015 season, Willis has notched 3 top-5 and 9 top-10 finishes. He is looking forward to the Stafford race as a great opportunity to either maintain or extend his point lead in the VMRS standings.

“It’s always exciting to be leading the points,” said Willis. “We’ve been consistent the last couple years running at Stafford and it’s one of my favorite tracks to race at. Whenever we come to Stafford it’s always hard to beat the home track guys. Last year we were going for second with about 8 laps to go and I got too low coming out of turn 4 and got loose and lost a few spots. Any time you can put yourself in the top-5, you have a chance to win the race and especially at Stafford, you can do a lot in a few laps if there’s a late race caution. A top-10 would be good but we’d really like to get a top-5 finish to help maintain the point lead.” 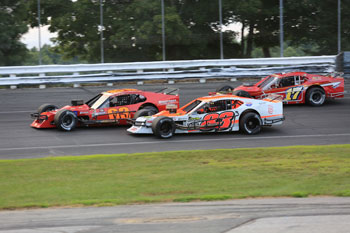 Willis’ chief rival in the 2019 VMRS points chase is Jeff Gallup. Gallup trails Willis by 27 points in the standings and Willis’ goal is to keep Gallup’s #4 car in close range during the Lincoln Tech 80.

“Jeff has been pretty hooked up this year with his new car and our goal is to keep that white car in sight and finish near him,” said Willis. “I’m going to drive my race and not try to play it too safe. It seems like every time we make a plan it never works out. We try to play it safe and end up in a bad spot. Last year at the final points race at Thompson, we went into the race second in points to Woody [Pitkat] and he had an incident early in the race and then we were leading the points. I played it safe and ended up getting wrecked and lost the championship, so we’re going to see how the race plays out for us.”

Willis scored his lone victory of the 2019 season earlier this season at his hometrack of Claremont. Willis says there are similarities between the two tracks that helps explain the success he’s enjoyed at Stafford. 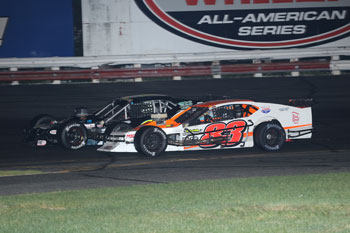 “Stafford and Claremont are two totally different tracks but I feel like Stafford is just like Claremont in that both tracks are really line sensitive,” said Willis. “Once I find the line, I’m pretty good at hitting my marks every lap. The person who helped me a lot at Stafford was Ken Barry. When I first came to Stafford, he was with me the whole time and we walked the track and he showed me where the correct line was and it’s kind of stuck with me ever since.”

Willis’ career best Stafford finish is a third place finish in August 2015 and again in May 2017. Although he has yet to win at Stafford, Willis is confident that he can run with the leaders as long as he has his #83 car dialed in and he would like nothing more than to drive into NAPA Victory Lane in the Lincoln Tech 80. 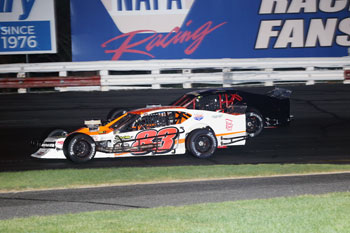 “I’d love to win at Stafford, especially with how great the track is, the history of the track, and all the great names who have won there in the past,” said Willis. “To win there would be awesome and if we have a good car I definitely think we can run with the front running guys. My first few races at Stafford didn’t go so well and that was because we didn’t qualify well. The goal is to finish in the top-3 in our heat so that we can start in the top-10 for the feature. If we can do that, we can look after the tires until about the last 30 laps of the race and then we can let loose and go for it.”

The Lincoln Tech 80 Valenti Modified Racing Series takes to the track this Friday, August 30 with qualifying beginning at 6:30pm. Stafford’s five NASCAR Whelen All-American Series divisions will also be in action. Tickets for this event are priced at $30.00 for adult general admission tickets, $5.00 for children ages 6-14, and children ages 5 and under are admitted free of charge when accompanied by an adult. Reserved seat tickets are $32.00 for all ages. All ticket prices include 10% CT Admission Tax. Stafford Motor Speedway offers plenty of free parking along with overnight parking available for self contained Recreational Vehicles.

For more information, checkout Stafford Speedway on Facebook, contact the Stafford Motor Speedway track office at 860-684-2783, or visit us on the web at www.staffordspeedway.com.