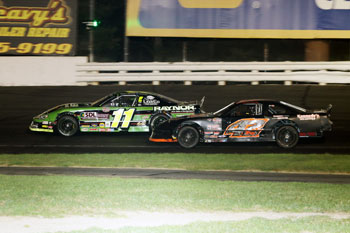 (Stafford Springs, CT)—In only his second season of Late Model competition at Stafford Speedway, Northford native Mike Wray strung together an impressive season. Wray and the #42 DMW Graphics team posted 2 wins with 14 top-5 finishes in 17 races. Wray’s worst finish of the entire season was a 7th place finish and his consistency helped move from a 7th place points standings during his rookie season to a 2nd place finish behind Tom Fearn in 2016. Wray is looking to continue his high level of performance once the 2017 season kicks off.

“We’re feeling good about the 2017 season,” said Wray. “We won the Fall Final last year so we have some good momentum coming into the new season. We have a good piece and we learned a lot last year as a team so I don’t see any reason why we can’t be just as good as we were. We’re definitely excited to get started.” 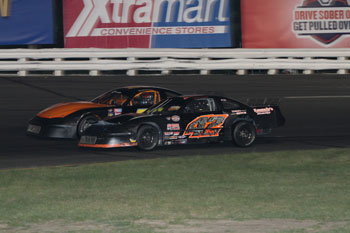 Wray’s performance during the 2016 season was quite a turnaround from his rookie campaign in 2015. During that season, Wray notched a win but he was only able to record 2 top-5 finishes. Wray credits his improvement to a Jay Stuart chassis that his team purchased prior to the start of last year.

“In the off-season we bought Jay Stuart’s car he had won a ton of races with, Dave Miller from Auto Machine gave us a great engine,” said Wray. “We’ve never quite had the level of equipment that we had last year so it was all going to come down to what I could do. If we didn’t win then we knew it would have completely been my fault as the driver. We had a good base from my rookie season and I thought we did what we were capable of. I grew up watching a lot of the guys in the Late Model division from when my brother raced so I guess it was kind of a surprise to run as well as we did as often as we did.” 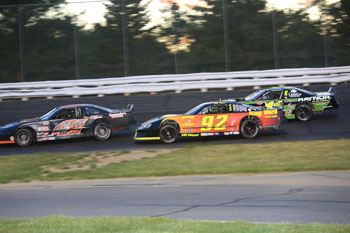 After coming up 22 points short of Tom Fearn in the race for the championship, Wray would like to once again be in a position to challenge for the title in 2017. Championship contention is important but he says that race wins are more important to him than racing for points.

“At the end of the day we’re not really points racers, we want to go out and win as many races as we can,” said Wray. “If we can do that, whatever happens in the points will happen. It’s cool to be able to stand in victory lane at Stafford because of all the history at the track and we’ll be happy with whatever we can get this year. We’d like to finish in the top-5 of the points again and it would be awesome if we could win a championship. Other than that, we’re looking to have fun once again and try to win as many times as we can.” 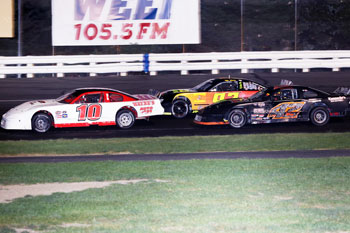 It will be a tough task for Wray to repeat his performance from 2016 with the 2017 Late Model roster that has taken shape. There are returning veterans like Tom Butler, Tom Fearn, Jim Mavlouganes, Josh Wood, and Michael Bennett as well as rookie drivers like Matt Vassar and Paul Arute joining Joey Cipriano, who will be making his Late Model debut after spending several seasons in the SK Modified® and SK Light ranks.

“It’ll be interesting with all the guys coming back as well as the new drivers,” said Wray. “I think we’ll have around 20 cars this year and if that’s the case, it’ll take a little more finesse and time to get to the front. We’re putting a new body on the car and Jay looked the car over to make sure everything was straight. We were fortunate to not have any bad wrecks last year so we’re looking good to get started. Between my brother and myself, we’ve been racing at Stafford for so long with mild success that you can’t take anything for granted. Any win can be your last win, you never know if or when the next win is going to come. I think we have a real shot to compete for the championship but we’re not over confident by any stretch. I have to thank DMW Graphics, Torino Services, and Kennedy’s On-Site for their support, and everyone who helps out on the car. My dad especially, he’s retired but he keeps on coming back to the track every week and he’s always out in the garage during the week working on the car.” 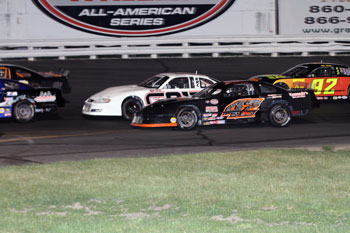 Wray and the rest of the Late Model field will get their first taste of going for NAPA Victory Lane in the 46th Annual NAPA Auto Parts Spring Sizzler on April 28-30. Tickets for the “Greatest Race in the History of Spring” are on sale now at the Speedway Box Office. Tickets are priced at $40.00 for adult general admission tickets, $5.00 for children ages 6-14, and children ages 5 and under are admitted free of charge when accompanied by an adult. Reserved seating is priced at $42.00 for all ages. As always, Stafford Motor Speedway offers free parking with overnight parking available. All tickets are good for both Saturday and Sunday admission. All ticket prices include 10% CT Admission Tax.