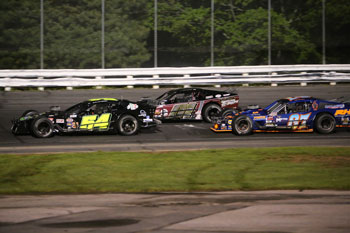 “I’m definitely excited,” said Flynn.  “It’s a big move for us and this is something that I’ve always wanted to do.  I’ve watched racing at Stafford since I was a little kid and the races you always watch are the SK’s.  I’m a little nervous because the competitors are the toughest around.  We ran the Fall Final and it wasn’t so much how fast the cars are but it was how fast the racing is and how quick you have to make moves.  The SK drivers are so good at that and they have a lot of experience at making those quick moves on the track.”

Flynn has a strong contingent of race supporters on board as he pursues his SK Modified® dream. 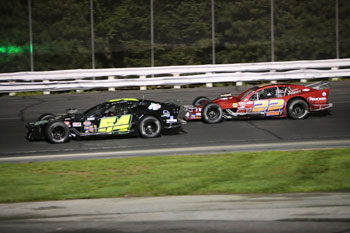 Flynn made his SK Modified® debut in last season’s NAPA Fall Final, where after qualifying for the feature event through the consolation event, he finished on the lead lap in 18th place.  The experience that Flynn gained that weekend will be instrumental in helping him establish a baseline for his #24 Ballyheigue Farm machine when the NAPA Spring Sizzler® rolls around in April 2020.

“I think those 40 laps were the most I’ve ever learned in a racecar,” said Flynn.  “Just making that race was hard with the handicapping and we had to qualify through the last chance qualifiers race.  That experience should be a big help for me because I won’t be coming into the season blind.  It was big for us to make that race.  Some good drivers got sent home and didn’t make the race so for us to make it into the field with our stuff and the same car we ran in the SK Lights with just changing the motor was huge for us.” 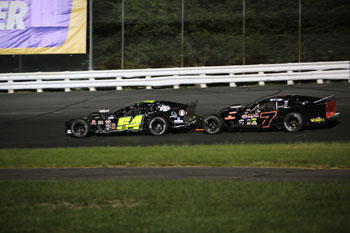 Flynn will also enlist the assistance of Ken Barry from SPAFCO to help him with chassis setup.

“Ken Barry is going to help us out with the car with putting setups in the car and maintaining the car,” continued Flynn.  “I’m excited and happy to be working with Kenny this season.  I think I’ll definitely need his knowledge and if I want to get better I’ll need his help to get where I want to be as a driver.  I’m going to listen to anything he has to tell me.”

During his 2 full seasons of SK Light competition, Flynn finished 2nd 4 different times and had three other podium finishes, but went without a feature victory.  While Flynn would like nothing more than to put his #24 into NAPA Victory Lane, his focus for his rookie season will be on becoming a consistent car and taking home the Rookie of the Year trophy at the end of the season.

“I think we were probably the fastest SK Light car that didn’t win a race,” said Flynn.  “We went into turn 3 a couple of times on the final lap in the lead and weren’t able to get a win, so that was disappointing.  But we’re not really focusing on winning a race just yet.  Rookie of the Year would be our goal.  With how the rookie class is shaping up for this season, I think it’s going to be really competitive.  Once we’ve started to finish a couple races and we get into the handicapping, being able to stay up front and be competitive without falling to the back of the field will be another goal.” 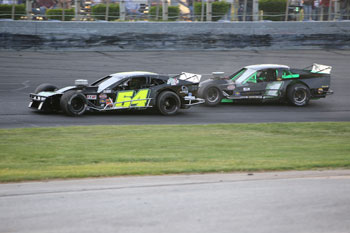 With changing from the SK Light to SK Modified® division, Flynn will now be racing 40-lap events rather than 20-lap events and he says that getting to grips with the increased lap count as well as managing his tires for the season will be one of his biggest adjustments to make.

“I think keeping organized with things like our tire inventory and learning how to race with the competition for 40 laps is going to be the biggest change for us from the SK Lights,” said Flynn.  “I remember at the Fall Final last year once we hit 20 laps and then when it was lap-30 I was asking ‘Are we close to done yet?’  It’s a little more wear and tear on the cars but I’m sure we’ll get used to it.  The first couple weeks are going to be very important for us.  We’d like to be able to finish races and keep the car in one piece to load back into the trailer at the end of the night.  If we can do that, we can start to make adjustments and see what we like in the car and what we don’t like.”

With the NAPA Spring Sizzler still four months away, Flynn can’t wait to get back out on track and get down to business kicking off his rookie season.

“I’m counting down the days,” said Flynn.  “I was itching to get right back out there on the track after the Fall Final.  I’m excited for what we have with Kenny and excited for all the new stuff we’re putting in the car.  I think it’s going to be an exciting year.”