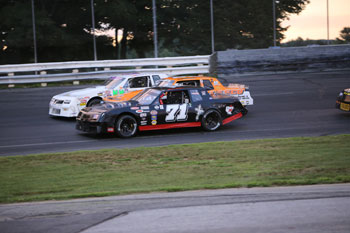 “Last year was my first season without having any prior experience so I knew it was going to be a huge learning curve and there was tons of learning both on the track and in the shop,” said Minkler. “Last year our goal was to get track time, finish races, and get some top-10 finishes, which wasn’t very often but we hovered around 10th all year. This year we’d like to start getting some top-5 finishes and maybe then we can start to be in the conversation about getting a win, but I’m a realist and I know I have to crawl before I can walk.”

Minkler got a late start to last season, purchasing a car in March, less than 2 months away from the season opener. With the late start, Minkler quickly got his #71 car together so he could race but as the season wore on, he found several things that weren’t right and has spent the winter fixing the car so it will be practically brand new when the curtain is raised on the 2020 season. 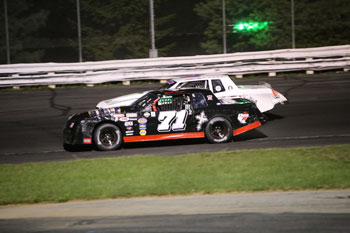 “We’ve updated everything on the car this winter,” said Minkler. “I purchased the car in late March last season so it was a scramble just to get it on the track. There were a lot of things that were bent so we’ve done a complete rebuild with a new rear clip, new rear end, and the car just got back from powder coating. Not being a guy who grew up around cars, it’s been a lot of fun to get under the car and turn a wrench and learn what’s going on.”

In order for Minkler to meet his 2020 goals, he will have to contend with a new rules package for the Street Stock division that sees the cars add a Ford 9” rear end and the removal of restrictor plates from the engines. With the new rules in place, Minkler feels like handling will become a big factor in determining who is running up front and winning races during the season.

“I think everyone has a lot to learn with the new package we have with the Ford 9 inch rear end and no restrictor plates,” said Minkler. “The experienced drivers will probably adapt quicker than the newer drivers, so I’d look for a lot of the same faces from last season to be on the podium again this season. With the plates on the car last season, there wasn’t a big threat of spinning the tires so I think this season will be more about having throttle control and drivers will have to work on the handling of their cars a little more than in the past.” 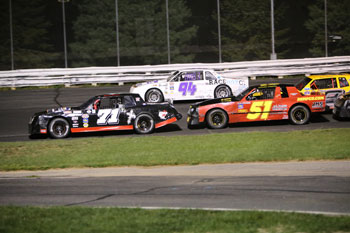 One area that Minkler needs to work on in 2020 is his consistency. Minkler finished 11th or 12th in 9 of his 15 starts last season and with some extra consistency, those near top-10 finishes will start turning into top-10’s and get him closer to his goal of top-5 finishes.

“If we can get in the top-10 every week and be close to the top-5, that would be a good season for us,” said Minkler. “I have to work on my consistency this season. Last year, I’d have a really good lap time one lap and then I would fall off the next lap, which was a byproduct of being a rookie. If I can be a little more consistent, we can run with the drivers who are up front rather than hanging with them for a couple of laps before fading backwards.”

Minkler is working on nailing down sponsorship this season to go along with CT Oil Kings and he is very grateful to the Rent a Racecar team for all their advice and help maintaining his #71 car. 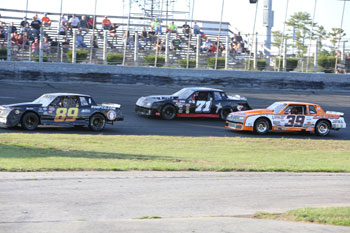 “Right now I’m working on sponsors for this season,” said Minkler. “My car is kept at the Rent A Racecar shop and Paul Varricchio and all the guys at Rent A Racecar do a ton of work on the car and they help point me in the right direction so I’m very grateful for all their help.”

The 2020 Street Stock season begins in earnest with the 49th Annual NAPA Spring Sizzler® on April 24-26. Tickets for the “Greatest Race in the History of Spring” are on sale now by calling the Speedway Box Office 860-684-2783 or online at www.staffordspeedway.com.