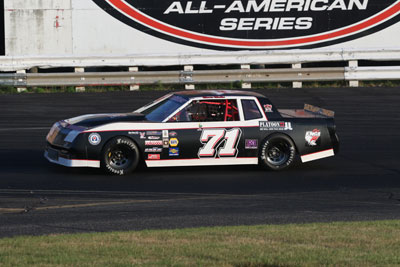 (Stafford Springs, CT)—Like many racers at all levels of racing, Stafford Speedway Street Stock competitor Marvin Minkler always had a dream to one day become a racecar driver.  Where Minkler differs from many racers of today was the path he took.  As a child, Minkler attended races at Danbury Arena and had plans on racing there but the track’s closure put his dream on a back burner.  The racing dream was further put on hold as Minkler’s life took some turns serving in the Army as part of the 3rd Infantry, “The Old Guard” stationed in Washington D.C. and beating cancer in 2013.  What led him back to racing was a surprise gift from the youth hockey team he coached, a night behind the wheel of one of Gary Spinnato, Jr. and Paul Varricchio, Jr.’s Rent A Racecar machines in Stafford’s Street Stock division in 2017.

“I used to go to Danbury with my grandfather every Saturday and my cousin Bob Furano raced there,” said Minkler.  “The thought process was when I was old enough I was going to get in the car and go driving, so that was always my childhood dream.  Once Danbury closed down, that dream kind of died but my love for racing never stopped.  I went to races all the time and when I was in the military, I was always dragging guys to Manassas Speedway in Virginia.  In 2013 I was going to go racing but I was diagnosed with cancer.  Every day when I would go for radiation and chemotherapy it was in the back of my mind that I was going to try to race once I got better.  One year the hockey team that I coached got me a ride with Rent A Racecar as an end of season gift.  I ran that one race and I wanted to race again.” 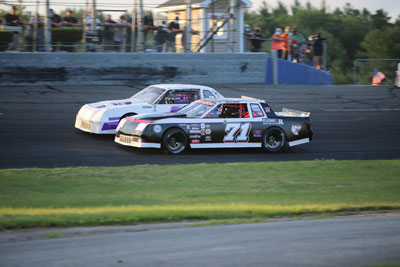 Minkler finished his first race 14th out of 16 cars, but despite that the racing bug had set in and Minkler was determined to continue on.  He followed up his first outing in 2017 with three more starts in Rent A Racecar machines in 2018, including his very first top-10 finish.  Then the 2019 season found Minkler bringing his dream to fruition.

“After racing with Rent A Racecar a couple of times, I was talking with Paul and Gary about getting a car and Greg DeMone was selling his car,” said Minkler.  “I purchased his car and we put the car together in about 8 weeks and after that I was off to the races in 2019.  I knew how to change the oil or change the tires on the car, but I knew nothing about building a racecar.  Paul, Gary, and Butch from Rent A Racecar were all great helping me out putting the car together and I’ve learned a lot from them.”

Now that Minkler has achieved his dream of getting behind the wheel of a racecar, he has no plans to stop racing any time soon. 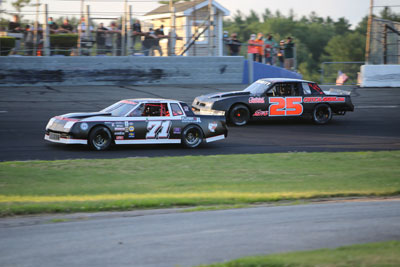 “I think Red Farmer is about 90 now and he’s still racing so I’m going to keep on racing until I can’t anymore,” said Minkler.  “I enjoy going to the shop and learning things about the car and that has been just as equally rewarding for me as the driving part.  I teach skating and I can help kids become better skaters but I can’t teach them balance.  I understand where to hit the brakes and where to get back on the gas but I’m still learning the balance between that.  I’m envious of the young kids who come in having already started racing go karts at 5 years old because that’s the equivalent of me teaching a 5 year old how to skate.”

After a 2020 season that was plagued by mechanical issues for Minkler and his #71 car, he is aiming to be a consistent presence in the top-10 during the 2021 season.

“Hopefully we’ve fixed all the problems we had last year,” said Minkler.  “Last year was all mechanical issues for us.  In 2019 we didn’t have one DNF so I came into 2020 with some confidence.  The very first practice I broke something on the car and we ended up chasing that gremlin for the next 8 weeks.  I think we went through 3 driveshafts and a transmission so I didn’t get the laps I was looking for and that was frustrating.  Hopefully we’ve got everything fixed and I’d like to be a top-10 car on a consistent basis this season, which I think we can get done.  Once we can achieve some top-10 finishes, we’ll start to look at getting into the top-5.  I don’t want to jump too far ahead and be unrealistic and have delusions of grandeur.” 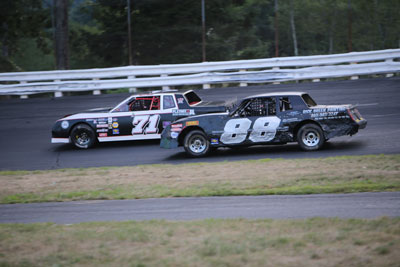 In addition to getting his car fixed up for the 2021 season, Minkler will also welcome a new sponsor, Riko’s Pizza of Stamford, CT.  The new sponsor-driver combination will allow any fans who can’t get to the track in person to watch Minkler and Stafford’s other 4 weekly divisions race every Friday at any Riko’s Pizza location.

“Riko’s Pizza came on board with us this season and they’re a small town pizzeria that has grown and branched out with some franchises in Florida,” said Minkler.  “They’ve been great to work with so far and they’re working with FloRacing to be able show the Stafford live stream at all their locations every Friday night.  They’re pretty aggressive with their marketing so we might have some tee-shirts and hats to give away during the season.  We also have Platoon22.org on the car, which is a charity that works with veterans.  I encourage everyone to support their veterans and being a veteran myself, that’s something that is near and dear to my heart.”

Despite his late start into racing at age 49 and still going strong this season at age 53, Minkler says that if you have a dream to go racing, it’s all about taking that first step to go ahead and make that dream become a reality.

“You can’t get any better in life by sitting on the couch,” said Minkler.  “It can be the biggest thing or the smallest thing but the greatest journeys in life always start with the first step.  I would say the first step would be to see Gary and Paul at Rent A Racecar and see what you think about going racing.  If you have an itch to do something then you have to scratch that itch.”

Minkler will kick off his 2021 season on Saturday, April 24 as part of NAPA Opening Day.  General Admission tickets for the April 24 NAPA Auto Parts Opening Day are now available online at StaffordSpeedway.com/tickets.  Stafford Speedway remains under reduced capacity per order of the State of CT due to Covid-19 restrictions.  Fans are encouraged to purchase tickets as soon as possible to ensure a ticket to the event.  Paddock passes will become available online two weeks prior to the event.