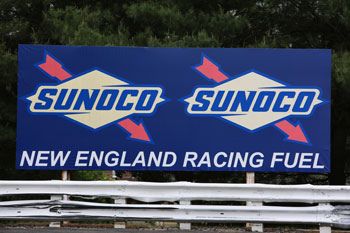 (Stafford Springs, CT)—After celebrating 20 years as a contingency sponsor last season, New England Racing Fuel, Sunoco Brand with John Holland and Mike Joy will once again supply contingency bonuses to each of Stafford’s five NASCAR Whelen All-American Series divisions this season. N.E. Racing Fuel signed on a charter member of the Stafford contingency program back when it was first instituted in 1999 and in the 20 seasons since then, they have distributed over $135,000 in gasoline bonuses to Stafford drivers and teams.

“Each year we’ve been in the contingency program, we’ve received a great deal of thank you’s from drivers both written and personal with guys coming up to you in the pits, and that’s very telling to us,” said John Holland of New England Racing Fuel. “The Stafford contingency program is a great program for us to be involved with and it allows us to be able to give something back to everyone rather than focusing on a specific division. It seems like every year we talk with Mark Arute about how we could maybe do things differently but what we have works and that’s what keeps us coming back every year. We’ve changed the program here and there over the years but we’re very happy with what we have at Stafford.” 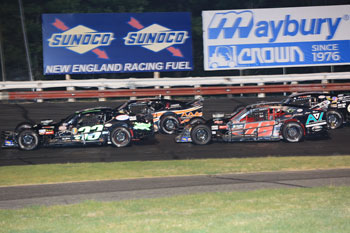 When N.E. Racing Fuel first joined the contingency program for the 1999 season, they supported the SK Modified®, ProStock, and Late Model divisions. As the weekly lineup has evolved over the years, N.E. Racing Fuel has continued their support and today they offer contingency bonuses to the SK Light, Limited Late Model, and Street Stock divisions as well as the SK Modified® and Late Model divisions. New England Racing Fuel, Sunoco Brand will provide the top-3 finishers from all five divisions along with the top finishing rookie driver in each feature event with a $25 gas certificate. With 22 races on the schedule, New England Racing Fuel, Sunoco Brand will offer competitors over $10,000 in gas certificates during the 2019 season.

“If something is good and it works, let’s keep on doing it,” said Holland. “Sunoco puts out a great high quality product and not only do we get positive feedback from drivers, we also hear from engine builders all over New England that Sunoco Race Fuel works in just about any engine whether it’s drag racing, tractor pulls, or oval track racing. We’re looking forward to another great season of excitement at Stafford.” 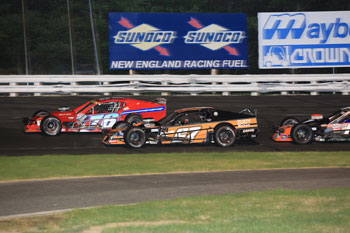 Sunoco is the Official Fuel of NASCAR and Stafford Speedway. Sunoco 112 Supreme and Sunoco GTX 260 can be purchased at the Sunoco Fuel truck found in Stafford’s paddock area every Friday night. New England Race Fuels is the largest supplier of racing gasoline in New England and they are located at 271 Spielman Highway in Burlington, CT. For all your racing fuel needs, give them a call at 860-673-9555 or visit them online www.neracingfuel.com. 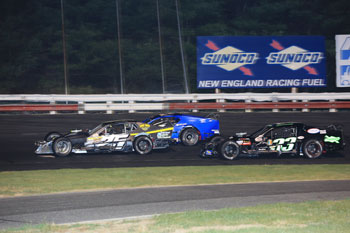 The first New England Racing Fuel, Sunoco contingency bonuses of the 2019 season will be up for grabs during Stafford Speedway’s 48th Annual NAPA Auto Parts Spring Sizzler® Weekend on April 26-28. The NAPA Auto Parts Spring Sizzler® Weekend gets started with a practice session for Stafford’s five NASCAR Whelen All-American Series divisions and the Vintage All-Stars on Friday, April 26 from 1pm-6pm. The main grandstands will be open to the public at no charge for the Friday practice session.

The NAPA Spring Sizzler continues on Saturday, April 27 with spectator gates opening at 10am. Practice sessions for all 7 divisions will run from 10am-2:20pm before the NASCAR Whelen Modified Tour cars take to the track for group qualifying at 2:30pm. Following NWMT group qualifying will be heat and consolation races for Stafford’s weekly divisions and the Vintage All-Stars. Wrapping up the Saturday racing action will be feature events for Stafford’s Limited Late Model and Street Stock divisions along with the Vintage All-Stars cars. Stafford’s Street Stock feature will be a special 30-lap feature that will be the first of three Street Stock Triple Crown events to be run in 2019. 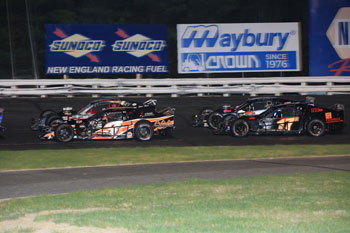 The NAPA Spring Sizzler will conclude on Sunday, April 28 with a flurry of racing activity. Spectator gates will open at 10am with the famous NAPA Auto Parts Pit Party taking place on the track from 11am-12pm where fans can meet and greet their favorite drivers. Stafford’s SK Modifieds® will take the green flag at 1pm followed the Late Model and SK Light divisions before the NWMT cars go 200-laps in the 48th Annual NAPA Auto Parts Spring Sizzler.

Tickets for the “Greatest Race in the History of Spring” are on sale now by calling the Speedway Box Office 860-684-2783 or online at www.staffordspeedway.com. Discount NAPA Spring Sizzler tickets that include access to the NAPA lunch buffet are available at participating NAPA Auto Parts Stores. For a full list of participating locations throughout Connecticut, Massachusetts, New York, Rhode Island, and Vermont, please call the speedway office or point your web browser to www.staffordmotorspeedway.com/participating-napa-auto-parts-stores