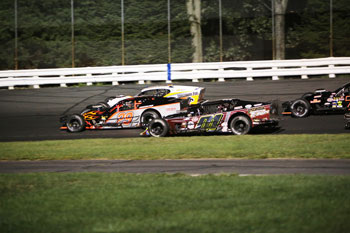 (Stafford Springs, CT)—In only 2 short years, Bryan Narducci has showed he is a quick study behind the wheel of his #01 machine sponsored by The Florida Connection by winning 2018 Rookie of the Year honors and 13 races in the SK Light division. With plans to make the move into Stafford’s premier SK Modified® division for the 2020 season, Narducci will be looking to carry his success from the SK Light division with him for his rookie year.

“It’s going to be a little different this season,” said Narducci. “I’m very excited to get going and every new season you’re excited but there’s a little extra excitement this year for moving into the SK Modified® division because of how competitive it is. The SK Lights have good drivers and a lot of guys are fast but in the SK’s everyone has the best of the best equipment and in the end it comes down to who can drive the best. Hopefully we can win Rookie of the Year, I know it’s been somewhat tough for rookie drivers moving up to the SK’s. It’ll be tough to adapt but at the same time having a good car and good people behind you helps make it a little easier.” 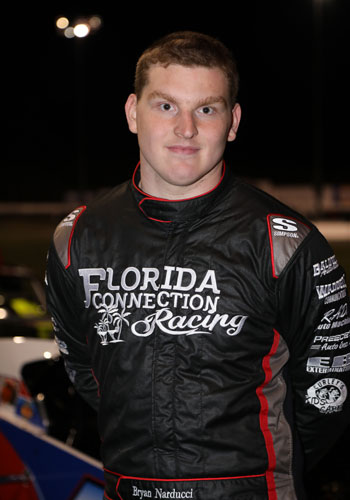 The Stafford Rookie of the Year award isn’t the only rookie hardware that Narducci has his eyes set on taking home this season.

“We want to win Stafford Rookie of the Year but I’d really like to win the Weekly Racing Series Connecticut State Rookie of the Year award as well,” said Narducci. “I believe that the past 3 Connecticut state rookies have all come out of Todd [Owen’s] shop so I’d like to continue that streak and make it four in a row this year.”

Narducci will look to follow in the footsteps of Josh Wood in 2017, David Arute in 2018, and Tyler Leary last season as the CT state rookie and he will face stiff competition this season in the race for Stafford Rookie of the Year honors. Narducci is joined in the 2020 SK Modified® rookie class by fellow SK Light drivers Mikey Flynn, defending champion Teddy Hodgdon, and Marc Burke in addition to Lou Torres, Paul Buzel, Nick Giardina, and Patrick Yuhas.

“Rookie of the Year should be a tough fight this season,” said Narducci. “I’ve raced with Mikey Flynn and Teddy Hodgdon since I was 9 years old so I know they’re going to be strong. We all got started racing go karts together and they went racing Legend Cars while I went to the Limited Late Models and now here we are again together in the SK’s. It’s pretty cool to be racing against people that you’ve known for a while.”

Another department that Narducci will find tough to maintain is his streak of winning a race every year. Since he began racing at Stafford in 2016, Narducci has found his way to NAPA Victory Lane in each of his four seasons, notching 6 wins in the Limited Late Model division and 13 wins in the SK Light division. 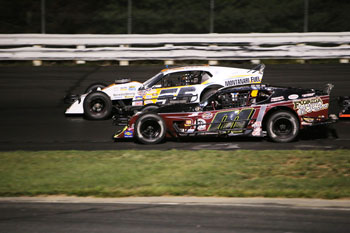 “It would be cool to continue that streak but it’s going to be real tough to do,” said Narducci. “Todd Owen, Keith Rocco, Ronnie Williams, Michael Christopher, Jr., Michael Gervais, Jr., all those guys are fast and it’s not like there’s a week where they aren’t fast, those guys are always fast. That makes things difficult, but after we start in the back for the first 3 races, hopefully we can start up front and be right up there with those guys and we’ll see what happens. We’re going to shoot for some top-5 finishes during the year and I know it’s a little far fetched, but if the stars align for us one night, I know the car is going to be good and as long as I can adapt quickly, by the end of the year hopefully we can pull a win off.”

Narducci and his team have stayed busy this winter putting together a brand new chassis for the 2020 season. In addition to putting a new car together, Narducci has been busy keeping his skills sharp by racing around the virtual Stafford Speedway along with fellow competitor Michael Christopher, Jr. in the iRacing Tour Modified championship series.

“I race a lot with Mike, Jr. and I know it’s not the same but it’s as close as you can get to the real thing without actually being in the car,” said Narducci. “It helps keep you sharp during the off-season and it’s a good tool to keep the fundamentals of racing like tire conservation in your head. We’re actually 1-2 in the Tour Mod points, I’m leading and Mike is second, and we’re coming down to the last few weeks. Mike actually just beat me the other day in a race at Martinsville and hopefully we can race just as well together for real this year as we have on iRacing.”

Narducci’s #01 car carries with it a laundry list of sponsors and crew members that he is thankful for. 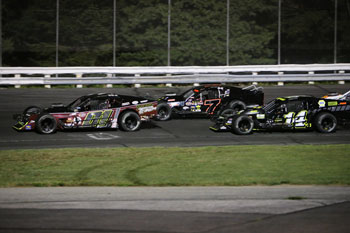 “I’d like to thank my Aunt Venetta and Uncle Greg of The Florida Connection, Chris Our, Robert B. Our Construction, Canterbury Mini Storage, everyone on the crew, Todd, Darrell, Frank, Gino, Little Frank, Mike, another Mike, Tom, Alex, David, everyone who helps out during the week, Pioneer Valley Wheel Repair, Rob Walendy, he’s going to be my spotter this year, R.A.D. Auto Machine, Waddell Communications, Preece’s Auto, Sunoco, Hoosier, and all the contingency sponsors and everyone who helps make this possible, I can’t wait to get back out there!”

Narducci will begin his quest for 2020 SK Modified® Rookie of the Year honors at the 49th Annual NAPA Spring Sizzler® on April 24-26. Tickets for the “Greatest Race in the History of Spring” are on sale now by calling the Speedway Box Office 860-684-2783 or online at www.staffordspeedway.com.