DAYTONA BEACH, Fla. — The NASCAR Whelen Modified Tour continues the 2017 season on Friday night with the eighth race of the schedule at Stafford Motor Speedway. The running of the Stafford 150 will be the second of three appearances at the half-mile this season. Below is a statistical look at the Stafford 150, including selected driver notes:

Stafford 150 Race Setup:
• This marks the second of three appearances at the half-mile this season. Ryan Preece won the Spring Sizzler back on April 30. The third and final appearance will take place as part of the NAPA Fall Final on Sunday, October 1.
• Entering Stafford, four-time series champion Doug Coby will look to capture his seventh straight Coors Light Pole award at the half-mile. He broke the track record in April en route to his sixth straight pole. He has won seven of the last eight poles there, with the only blunder being a third place qualifying effort.
• Off a wreck at New Hampshire, Timmy Solomito now sits second in the point standings, seven from the top. Boelher Racing driver Rowan Pennink holds the series points lead with one feature win this season.
• Ryan Preece (two) and Timmy Solomito (three) are the only drivers to capture multiple wins so far this year. Pennink and Bobby Santos are the only other two drivers to visit Victory Lane.

At Stafford Motor Speedway:
• The Stafford Springs Agricultural Park opened back in 1870, originally used for horse racing.
• Stafford joined NASCAR in 1959 and was paved for the first time in 1967.
• The inaugural NWMT event at the half-mile was in 1985, a race won by Richie Evans. The Spring Sizzler was an 80 lap main event that season.
• The track has also held 30 NASCAR K&N Pro Series races in history, with the most recent coming last June — a race won by Noah Gragson.

Notebook:
• There have been 32 different winners at Stafford, including Mike Stefanik, who leads all drivers with 20 career wins. In the Stafford 150 last season, Jimmy Blewett drove the iconic Mystic Missile into Victory Lane.
• There have been 43 Coors Light Pole winners at Stafford, led by Stefanik’s 17. Doug Coby holds the one-lap qualifying record with a time of 17.896 seconds, set at the Spring Sizzler in April.
• Ted Christopher was the oldest Stafford winner at 53-years-old; Ryan Preece was the youngest Stafford winner at 18-years-old.
• No driver has started all 123 races at Stafford. 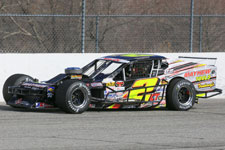 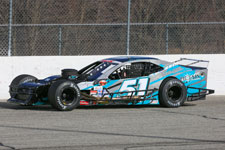 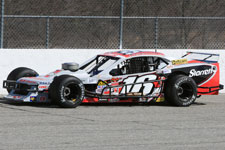 Timmy Solomito (No. 16 Starrett Tools Ford)
• Has seven wins, 19 top fives and 33 top 10s in 59 career NWMT starts.
• Has no wins, four top fives and seven top 10s in 15 career Stafford starts.
• Enters Stafford second in the point standings, just seven points from the top.
• Won the season-opening race at Myrtle Beach on March 18, Langley on May 13 and Riverhead June 24. 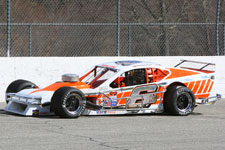 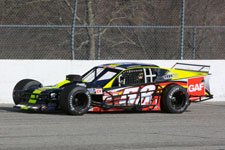 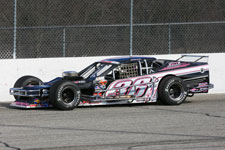 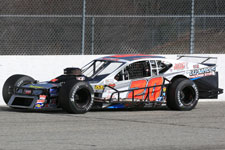 Max Zachem (No. 20 Chris B. Our/Course Legend Chevrolet)
• Has six top fives and 20 top 10s in 42 career Whelen Modified Tour starts.
• Has four top 10s in 10 career starts at the half-mile.
• In the Spring Sizzler, Zachem was running inside the top-five when he crashed out of the race.
• Sits fourth in the point standings entering Stafford with six top 10s in seven races this season.

Up To Speed:
• This is the 33rd season of NASCAR Whelen Modified Tour competition. The inaugural event was held at Stafford in March 1985.
• The 2017 series schedule features 16 points races at nine different tracks across seven different states. It includes two non-points events at New Hampshire Motor Speedway and Charlotte Motor Speedway.
• Following the Stafford 150, the Whelen Modified Tour returns to action at Thompson Speedway on August 9.