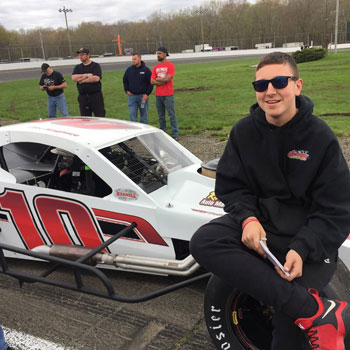 (Stafford Springs, CT)—With the kickoff to the 2019 NASCAR Whelen All-American Series season at Stafford Speedway fast approaching, the track’s SK Light division continues to add to its 2019 rookie class. Oxford, CT native Nick Anglace will join his father Vinny as a 2-car SK Light team and campaign for Rookie of the Year honors behind the wheel of his #10 Anglace Racing Enterprises / Fox Pest Control Chevrolet. Anglace finished fourth in SK Light points as a rookie driver at Waterford in 2018 and he is looking forward to racing as a teammate with his father.

“I’m super excited to get out on the track at Stafford,” said Anglace. “I grew up watching my father race at Stafford and I always remember thinking how cool it would be to be on the other side of the fence and racing with my dad. I ran go karts for two years at Nutmeg Kart Club before I tested my father’s SK Light car in 2017 at Waterford. I was running competitive lap times so I said let’s try this out and and last year we did better than we expected to do with a fourth place finish in the points and a best finish of second. I’ve always wanted to race against my dad and now we can see who the better driver is between the two of us. I have to thank my father and Anglace Racing Enterprises, Fox Pest Control, CWPM, my Uncle Mark, and a few friends that help us out.” 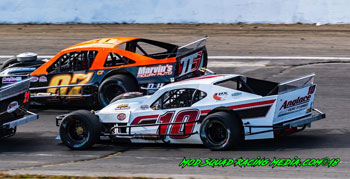 While Nick Anglace will be seeing Stafford for the first time when he takes to the track during the season opening NAPA Spring Sizzler Weekend set for April 26-28, his father Vinny raced SK Modifieds® from 2005-2008 and he has been racing SK Lights from 2015-present. Nick has been busy preparing for his rookie season by logging virtual laps at Stafford in the world of iRacing and he hopes the combination of the virtual laps and his father’s experience at Stafford will help lead to a shortened learning curve.

“Obviously we’d like to run as well as possible,” said Anglace. “Last season at Waterford was all about getting some seat time in an SK Light car, so we got that out of the way. With Stafford being a new track for me, I’ve been doing as much iRacing as I can lately. Hopefully that will allow me to get the hang of the track quickly and we can start trying to run up front. My father says that Stafford is a hard track to master and obviously I’ve never driven there before so I’m not sure what to expect. He’s given me some tips and I’ve talked with some other drivers like Jonathan Puleo to get some insight from them. It’s definitely going to be helpful for both of us being teammates this season. With my father racing for wins, he can try some stuff in my car and if it works, he can use it in his car and maybe win a race this year.” 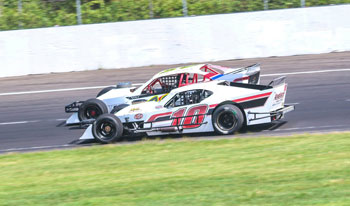 Another area where Anglace will look to ease the burden of learning a new track is to lean on his experience in helping his father around the shop working on his racecar. The Anglace team is also looking for any additional help that they can get at the track and in the shop during the week.

“I’ve helped my father out working on his cars over the years and learning how everything goes together and the science behind these cars is a fascinating thing,” said Anglace. “You look at a driver like Ryan Preece. He works on his own cars and won a lot of races, so once you know about the cars and how to drive them, you can be successful. I’m hoping I can do that this season. With just the two of us working on the cars, it’s going to be tough this season to manage 2 cars at once. We’re always looking for any extra crew help we can get.” 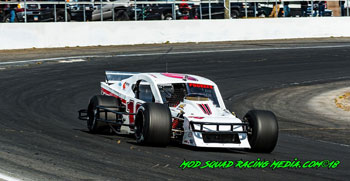 Anglace can also take solace in the fact that over the past five seasons of SK Light competition, there are over 10 drivers who won races as rookies with Jeremy Sorel and Cory DiMatteo also winning track championships as rookies. Anglace would like to emulate their rookie success and at least be in contention for the Rookie of the Year award this season.

“Watching guys like Brian Narducci and Marcello Rufrano was comforting knowing that if they can do what they did as young drivers, hopefully I can do some of the same things and have the same kind of success they did,” said Anglace. “It’s not going to be easy at all. Some of these guys have been racing longer than I’ve been alive so it’s going to be tough for sure. Winning Rookie of the Year is something that at least I hope we can be in contention for at the end of the season. That would be a pretty cool honor to finish the year out with and I think we can get it done with the equipment that we have.”