Nicole Chambrello Ready to Power Into 2019 Season With New Engine 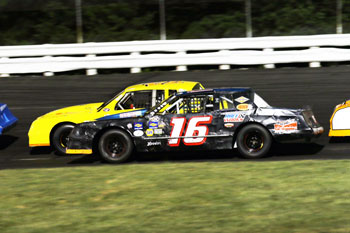 (Stafford Springs, CT)—The 2019 season is less than one month away from taking the green flag at Stafford Speedway, and one driver that is anxiously awaiting the NAPA Spring Sizzler® on April 26-28 is Street Stock driver Nicole Chambrello. Chambrello is coming off of the best season of her 5-year career in the Street Stock division with two wins and double her personal best for top-5 finishes in a season with 10. With a new crate engine installed in her #16 Superior Refinishing Chevrolet during the winter, Chambrello is brimming with anticipation for the 2019 season to get underway.

“We’re very excited for the season,” said Chambrello. “We have a brand new motor in the car and we have confidence behind us now. Last year was a season of accomplishment for us. We were fast all season long but we also got the finishes to back up our speed. We had our races where we didn’t do too well or got wrecked, but the stats speak for themselves. We know we’re strong and competitive and we’re excited to see what the season has in store for us.”

Chambrello’s fifth place finish in the Street Stock points standings last season was her fourth consecutive season finishing in the top-9 following a 15th place finish during her rookie campaign back in 2014. Chambrello has her sights set on reaching NAPA Victory Lane as many times as possible during the 2019 season. 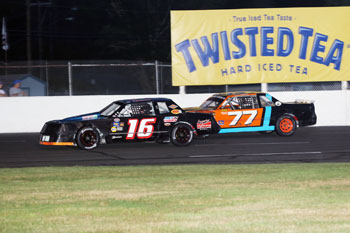 “Our main focus is going to be to try to do as well as we can and get as many wins as we can,” said Chambrello. “If we do well in the points then so be it, but we really want to win races. I think now with the new motor we have in the car, the car is the best that it’s ever been and we’re hoping that the new engine will make the path to victory lane a little easier. I’ll never say winning races at Stafford is easy. We have an extremely competitive division with the Street Stocks and we proved that last season when there were 10 different feature winners.”

Chambrello is also looking forward to the RSMPCO.com Triple Crown extra distance events. The first of three events will be held on Saturday, April 27 as part of the NAPA Spring Sizzler® weekend. The overall winner of the RSMPCO.com Street Stock Triple Crown events will take home a bonus of $1,000 from a prize fund of $4,500 provided by Royal Screw Machine Products Company and Jason Derwin. Chambrello knows that bonus would be huge for her and the #16 team. 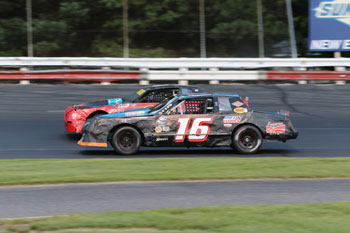 “I’m very excited about the Triple Crown program,” said Chambrello. “Obviously everyone wants to win and I think this program is going to make everyone in the Street Stock division rise to the occasion. I’m looking forward to seeing how it all plays out. I definitely have to thank RSMPCO.com for putting up the bonus money for us. Winning a bonus like that would be huge for us because it’s just my Dad and me working on the car. I remember a couple years ago winning the 811 bonus and that helped us get our original crate motor and if we could win the Triple Crown bonus, it would help our team out much more.”

Following the first RSMPCO.com Triple Crown event during NAPA Spring Sizzler® weekend, the Triple Crown will continue on Friday, June 21 and the winner will be decided during NAPA Fall Final Weekend on Sept. 28-29. With so much on the line, Chambrello knows it will be important to get her 2019 season started off on a good note. 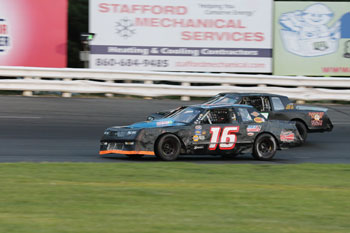 The NAPA Spring Sizzler® spans 3 days kicking off Friday, April 26th with a full afternoon of practice for Stafford’s weekly divisions. The weekend continues Saturday with qualifying for all divisions including group qualifying for the NASCAR Whelen Modified Tour as well as feature racing for the Vintage All-Stars, Limited Late Models and Street Stocks. Sizzler® weekend is capped off Sunday with the NAPA Auto Parts Pit Party and feature racing for the SK Modifieds®, Late Models, SK Light Modifieds, and the NAPA Spring Sizzler® 200 for the NASCAR Whelen Modified Tour.