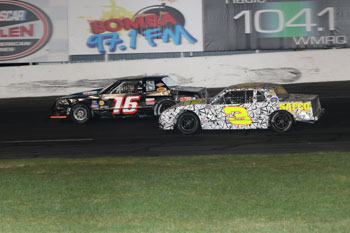 (Stafford Springs, CT)—With the 2017 season fast approaching, Kensington native Nicole Chambrello is looking to get things turned around after a difficult 2016 season. Chambrello enjoyed her best season behind the wheel of her #16 Superior Refinishing Chevrolet during the 2015 season with 4 top-5 and 16 top-10 finishes, including her one and only win. Last season was a bit of a rough patch for Chambrello as she recorded one top-5 finish and 10 top-10 finishes, but she is looking forward to getting back on the track and starting off with a clean slate.

“I’m really excited for this season,” said Chambrello. “I think everything is going to come together for us this year. Last year we had it a little rough but I think we’re going to have a great season. After getting our first win in 2015 we had so much confidence going into last season. I know we can get another win and we’re going to prove that we don’t get knocked down easily. It seemed like we were in the right place at the wrong time a lot last year and that can wear on your confidence as a driver. But I’m ready to put that all behind me and start off this season with a fresh new mindset.”

The 2016 season didn’t get off to the best of starts for Chambrello, as she recorded three finishes of 12th or worse in the first five races. She is looking to have a better start to her 2017 season and acknowledges that the bad results took a toll on her confidence as a driver. 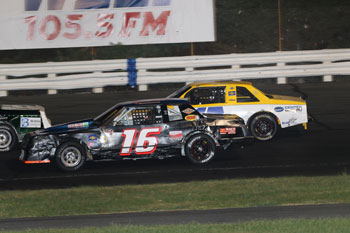 “My goal for the season is to improve on what we did last year,” said Chambrello. “We don’t want to say we’re looking to go out and win 10 races or something like that, I just want to do my best and be better than we were last season. We need to get some good results at the beginning of the season to help set the tone for the rest of the year. If we could get a win or a top-3 finish early on, that would really help our confidence for the rest of the season and it would give us a positive vibe of maybe this might be our season. When you’re putting the car together one week and then having to put something back together the very next week, that can kind of affect your confidence and then you get overly cautious since you don’t want to be putting the car back together for a third week in a row. And when those things keep on happening, you almost go out on the track expecting something to happen and that’s not a good mindset to have as a driver.”

As Chambrello and her family get her #16 prepared for the season opening NAPA Spring Sizzler, Chambrello has taken to re-watching her GoPro videos of her old races to help eliminate things that went wrong for her during last season.

“I’ve gone back and watched my GoPro videos and I’ve seen some things I can correct so I’m ready to give it my all this year,” said Chambrello. “Those GoPro videos are everything. As a driver, I would recommend to anyone to get one so they can watch their races. I remember when I was younger my Dad would record all of my races and when you’re younger, you don’t really want to hear what you did wrong but now I’ve come to appreciate it and it can really help make you a better driver once you go back and watch what you did. As a driver now I would say my number one thing would be to get a GoPro to help you improve.” 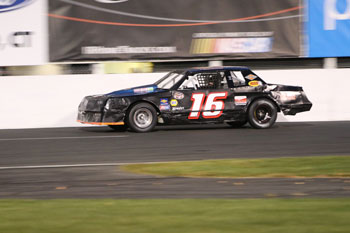 While Chambrello knows that getting back to victory lane will be a tough order with the level of competition in the DARE Stock division, she feels confident that she can get the job done with assistance from her family, who have been around the racing game at Stafford since the early ‘80s. Her uncle Pat is a former 2-time track champion at Stafford in the Street Stock division and her father Joe served as his crew chief.

“The DARE Stocks are such a competitive division, all the drivers are amazing and it’s going to be the same again this year,” said Chambrello. “There were a lot of drivers capable of winning races on any given night. I’ve only got 3 seasons of experience and if I can follow behind someone, on the track, who has been racing for 6 or 7 years, I can learn a lot. And my family is great support. They’ve been racing for so long they all know what they’re doing and that’s definitely a good resource to have in my corner. My dad does everything on the car and I really can’t thank him enough for everything that he does. He’s the reason why I’m able to race. And I also need to give a big thanks to Raceworks and Superior Refinishing, they’ve both helped us out a ton.

Chambrello and the rest of the DARE Stock division will take to the track for the first time in 2017 as part of the 46th Annual NAPA Auto Parts Spring Sizzler on April 28-30. Tickets for the “Greatest Race in the History of Spring” are on sale now at the Speedway Box Office. Tickets are priced at $40.00 for adult general admission tickets, $5.00 for children ages 6-14, and children ages 5 and under are admitted free of charge when accompanied by an adult. Reserved seating is priced at $42.00 for all ages. As always, Stafford Motor Speedway offers free parking with overnight parking available. All tickets are good for both Saturday and Sunday admission. All ticket prices include 10% CT Admission Tax.