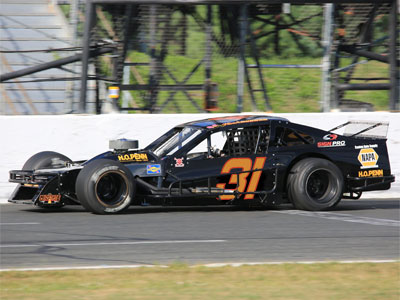 “The goal is to go out and do our best every single week and try to get a couple of wins,” said Korner. “Getting a little more ambitious, I’d like to challenge for Rookie of the Year. I can’t wait to get out there and see how we do.”

Korner has known success wherever he has raced in his career. Korner has 29 career quarter midget wins to go along with 2 championships and continued that success after moving into Legend Cars. In 2016 Korner won the Stafford Speedway Legend Cars track championship, the INEX Oval Track National Championship and was the runner-up in INEX Road Course National Championship. Korner is hoping that his brief SK Light experience combined with his Legend Cars and Quarter Midget experience will help give him a leg up on his fellow rookie drivers. 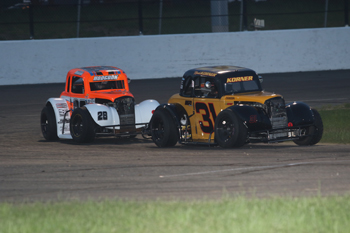 “I think I have a bit of an advantage with learning the car and the track because of the limited experience I’ve had so far,” said Korner. “The legend cars help to teach you car control. A lot of people say that legend cars are the most difficult cars to handle. Between the Legend car and the SK Light, I think the Legend is harder to drive but easier to race and the SK Light is easier to drive but harder to race. The SK Light doesn’t have the power that the Legend car has coming up off the corners so you have to really finesse the SK Light much more than if you’re driving a Legend car.”

To help offset his learning curve, Korner will be working with 3-time Stafford SK Modified® champion Keith Rocco. Rocco will provide Korner with his car setup and with Rocco’s knowledge of Stafford and modifieds, Korner is looking to have a leg up on his competition.

“I feel pretty confident working with Keith Rocco,” said Korner. “Keith is certainly one of the best guys around to have in your corner with the car setup. With Keith’s help, we’ll have the car dialed in from the start and everything will be up to me as the driver to get the job done.” 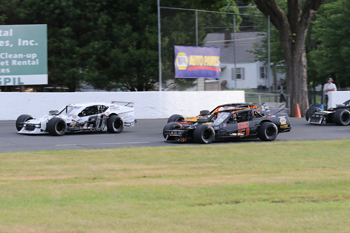 In addition to Rocco, Korner will also be leaning on his brother Glenn for help. Glenn Korner ran the 2017 season for Paul French, scoring a best finish of second and finishing the season as the runner up in the Rookie of the Year race to Cory DiMatteo. Glenn will drive a partial schedule in 2019 as teammate and crew chief for Noah.

“Glenn is going to be critical for us this season,” said Korner. “I don’t think we’ll be able to do what we need to do without his help this year. He’s got a lot more experience with the SK Light car and knows what to do with adjustments a lot more than I do since I’ve been more hands on with my Legend car.” 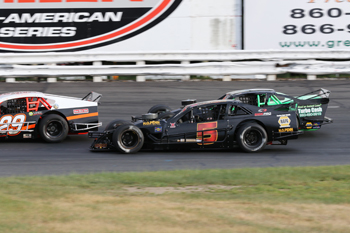 With Korner seemingly having everything he needs to be successful in place, he knows that his biggest challenge ahead lies in getting his #31 car on the same level as the returning weekly contenders for wins.

“I think the biggest challenge for us will be getting from mid pack to up front with all the strong cars out there,” said Korner. “There’s certainly going to be some stout competition this year. I imagine this year will be one of the most competitive fields the SK Lights have ever seen. Bryan Narducci, Mikey Flynn, Teddy Hodgdon, all the veterans who have been racing for a while, they’re all going to be fast. It’s going to be tough for us to become one of those fast cars, but we’re going to give it all we have. I’m looking forward to figuring things out and hopefully we can get a win or two this season.”