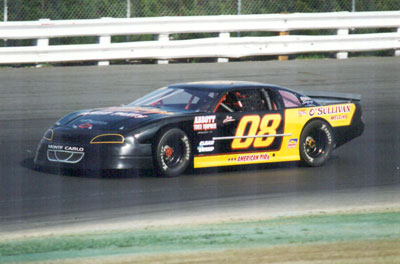 (Stafford Springs, CT)—With the Pro Late Model division coming to Stafford Speedway on Saturday, August 22nd for the Call Before You Dig Pro Late Model 81, one driver looking forward to the race is former Stafford weekly competitor Mike O’Sullivan.  O’Sullivan ran in the ProStock division at Stafford from 1997-2000 with 4 wins, made selected Late Model starts in 2006 and 2007, and also won the Late Model 100 feature in 2007.  O’Sullivan’s last start at Stafford came back in 2012 in the PASS Series race and he is looking forward to returning to a track where he and his family have a lot of history.

With O’Sullivan’s last start at Stafford coming 8 years ago, he feels like he will be a little behind some of the drivers with more recent experience, but is eager to narrow that gap.

“Stafford is a very tricky race track,” said O’Sullivan.  “I remember the last time I was there the racing groove seemed to be a little lower than it was the last time I raced in the Late Model in 2007.  The guys who have experience at Stafford like Todd Owen and Cory Casagrande might have a slight advantage over some of us.  I’m working on trying to get to a test session before the race because any laps you can get will be important.  Stafford is a unique layout and it’s a rhythm kind of track.  I come to the track a couple times a year and I watch all the videos online of Stafford so I’m aware of things but nothing beats track time.” 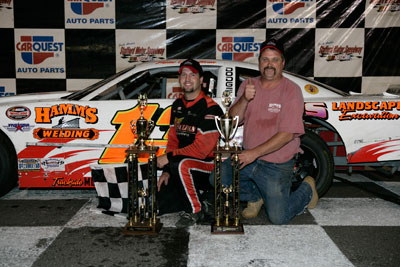 Despite having zero track time at Stafford since his last start in 2012, O’Sullivan feels like his #08 Tom O’Sullivan Welding Chevrolet can be a contender for the checkered flag.

“I think we have as good of a shot at winning the race as anyone,” said O’Sullivan.  “Our equipment is very similar to everyone else that runs either the Granite State Series or PASS so I think you’ll see closer racing with the cars being so close together.  Certainly the guys who have experience at Stafford will probably run well but the race is 81 laps long and there’s going to be some tire wear, so I’m looking forward to that.”

With 5 wins to his name at Stafford, including a 100 lap Late Model race, O’Sullivan knows what he needs in a car in order to drive it into NAPA Victory Lane and he will be focused on having a good handling car that he can keep clean for all 81 laps.

“To win this race, you’ll need the car to turn,” said O’Sullivan.  “As long as you can rotate the car in the bottom groove, you can always move up to the top groove if you need to and tire wear is going to be a factor.  The Hoosier tires we run in the Granite State Series seem to wear a little so you’ll have to take care of the tires.  If you can get a good starting position and keep your car clean, you should have a good chance at being a contender as long as you run all 81 laps.  Our car now is a lot different from the last time we ran at Stafford so we’re looking to get the car to turn during practice and use some of our notes and rely on some advice from guys with experience and work as hard as we can to have the best car that we can for the race.”

The Inaugural Call Before You Dig Pro Late Model 81 is set for Saturday, August 22nd.  Tickets for the Call Before You Dig Pro Late Model 81 will go on sale through the Stafford Speedway website starting on Sunday, August 16.  Tickets are priced at $30.00 for adult general admission tickets, $10.00 for kids ages 6-14, kids 5 and under are admitted free of charge when accompanied by an adult, and paddock passes are priced at $50.00.