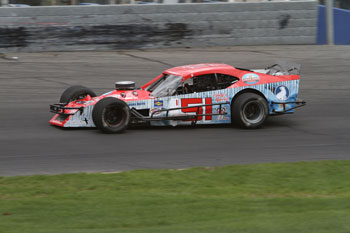 (Stafford Springs, CT)— The 2020 NASCAR Weekly Racing season will mark the realization of a dream for Ellington, CT native Bert Ouellette as he will compete full time in the SK Light division behind the wheel of the #51 Polar Beverages car owned by Harold Burdick.

“I’ve been waiting a long time and now I finally have the opportunity to say that Stafford is going to be my hometrack for a season,” said Ouellette. “Stafford is right in my backyard and I’m pretty stoked to get started racing this season. We have great sponsors behind us with Polar Beverages, Streb Family Chiropractic, Salvadore Chevy, Lyman Signs, and Passing Bird Photography, and for the crew we have Jeremy, Jason, Roger, Muffy, and Harold. Even though Harold’s wife Cindy has passed on, she’s always with us in spirit.”

Ouellette began his career racing Mini Stocks before moving into the N.E. Truck Series. Ouellette has raced in the SK Lights for the past two seasons, racing at Waterford in 2018 and then at Thompson last season. Ouellette finished second in the standings last season at Thompson and is now ready to tackle his next challenge of racing at Stafford. 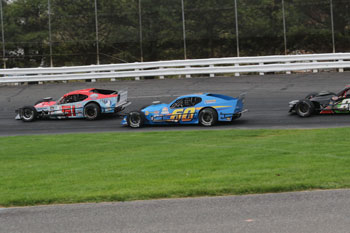 “We didn’t win at Waterford but we finished third in points and by the end of the season we were in contention to win each week,” said Ouellette. “We were a factor in almost every race at Thompson last season and we finished second in points, so Stafford is the next step for us. Stafford is where the SK Light division has the most cars, so it’s definitely the place to be, you can really see what you have and how good you really are. Last year in the World Series feature at Thompson, most of the heavy hitters from Stafford were in that race and based on that race, we think we can compete this season at Stafford. Nothing would be better for us than winning the Spring Sizzler race in memory of my car owner Harold’s wife Cindy.”

Ouellette scored a Stafford sweep in 2016, winning the NETS feature events at the NAPA Spring Sizzler® and Fall Final events. Ouellette has made one SK Light start at Stafford, finishing 16th in last year’s Sizzler feature event and is looking to put his limited Stafford experience to good use. 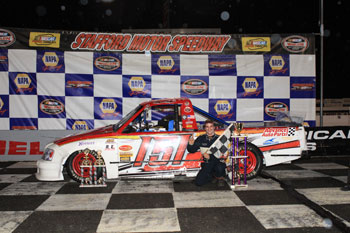 “We’re ready to go racing,” said Ouellette. “We ran one race last year at Stafford and we got up to around 11th or 10th before I got into the marbles and fell back and finished 16th. I think we had a top-10 car that day and that was our backup car and not the primary car, which is the car we’re coming with this season. I don’t have a lot of track time at Stafford, but I have about 15 years of watching races at Stafford. The racing line is the racing line, regardless of what kind of vehicle you’re driving and I know the characteristics of the track. The couple truck races we won I did a classic bottom shot move to take the lead in one of the races and the second win we used the outside groove to take the lead.”

As he and the #51 team prepare for the 2020 season, Ouellette is looking at winning Rookie of the Year honors as well as developing into a weekly contender for the checkered flag each and every Friday night. Ouellette will also have a new backup car to utilize during the 2020 season should the need for it arise. 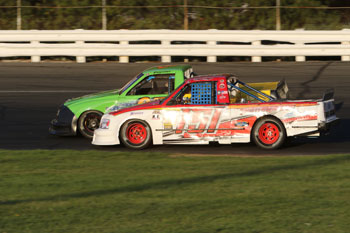 “Obviously Rookie of the Year is a main goal for us this season but we really want to be a weekly contender,” said Ouellette. “My biggest thing is I’d really like to be one of the names in the top-3 or top-5 at the end of the year. I think we can be a dark horse this year. Normally we always run stronger in the second half of the season so we just have to piece together a good start to the year to where we don’t put ourselves into a big hole that we have to dig out of in the points standings. We sold our backup car and bought Jeff Baral’s SK Modified® car so now we have 2 cars that are nearly identical and if something happens to our primary car, we’ll be back the next week just as strong.”

The 2020 SK Light season kicks off with the 49th Annual NAPA Spring Sizzler® on April 24-26. Tickets for the “Greatest Race in the History of Spring” are on sale now by calling the Speedway Box Office 860-684-2783 or online at www.staffordspeedway.com.