Over $48,000 in Contingency Awarded to Stafford Competitors In 2017

(Stafford Springs, CT)—When the final checkered flag of the 2017 Stafford Motor Speedway season was unfurled at the NAPA Fall Final Weekend, it brought an end to a season that awarded Stafford drivers over $48,000 through the track’s Contingency Program Partners. 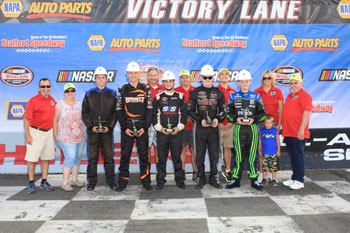 The Rookie of the Year program at Stafford contributed $2,500 with NAPA Auto Parts contributing $1,000 each to the SK Modified® and Late Model rookies of the year. R.A.D. Automachine provided $500 each to the SK Light, Ltd. Late Model, and DARE Stock rookie winners. 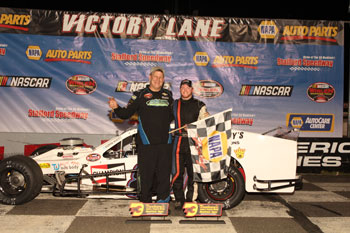 As a special contingency that was available to all 5 of Stafford’s weekly NASCAR Whelen All-American Series divisions, Call Before You Dig provided a total bonus of $4,055 that was paid out through the CBYD 811 Challenge that paid 5 drivers an $811 bonus through a unique points system based on drivers finishes in feature events. The five drivers who came closest to scoring 811 points without going over through the August 4th feature event each won $811.

For more information on how to become a partner of the Stafford Speedway Contingency Program, contact the Stafford Motor Speedway track office at 860-684-2783 or visit us on the web at www.staffordspeedway.com.