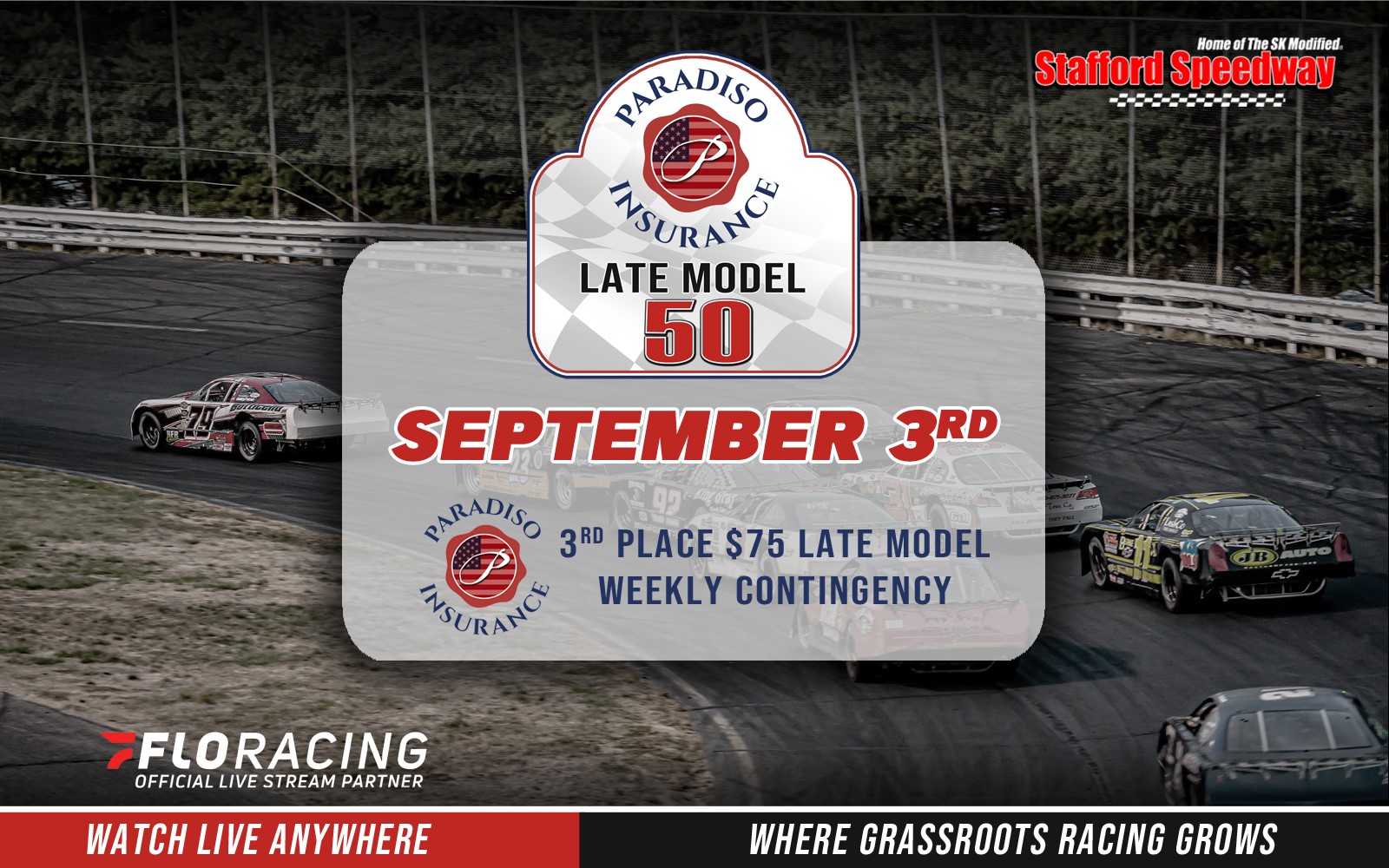 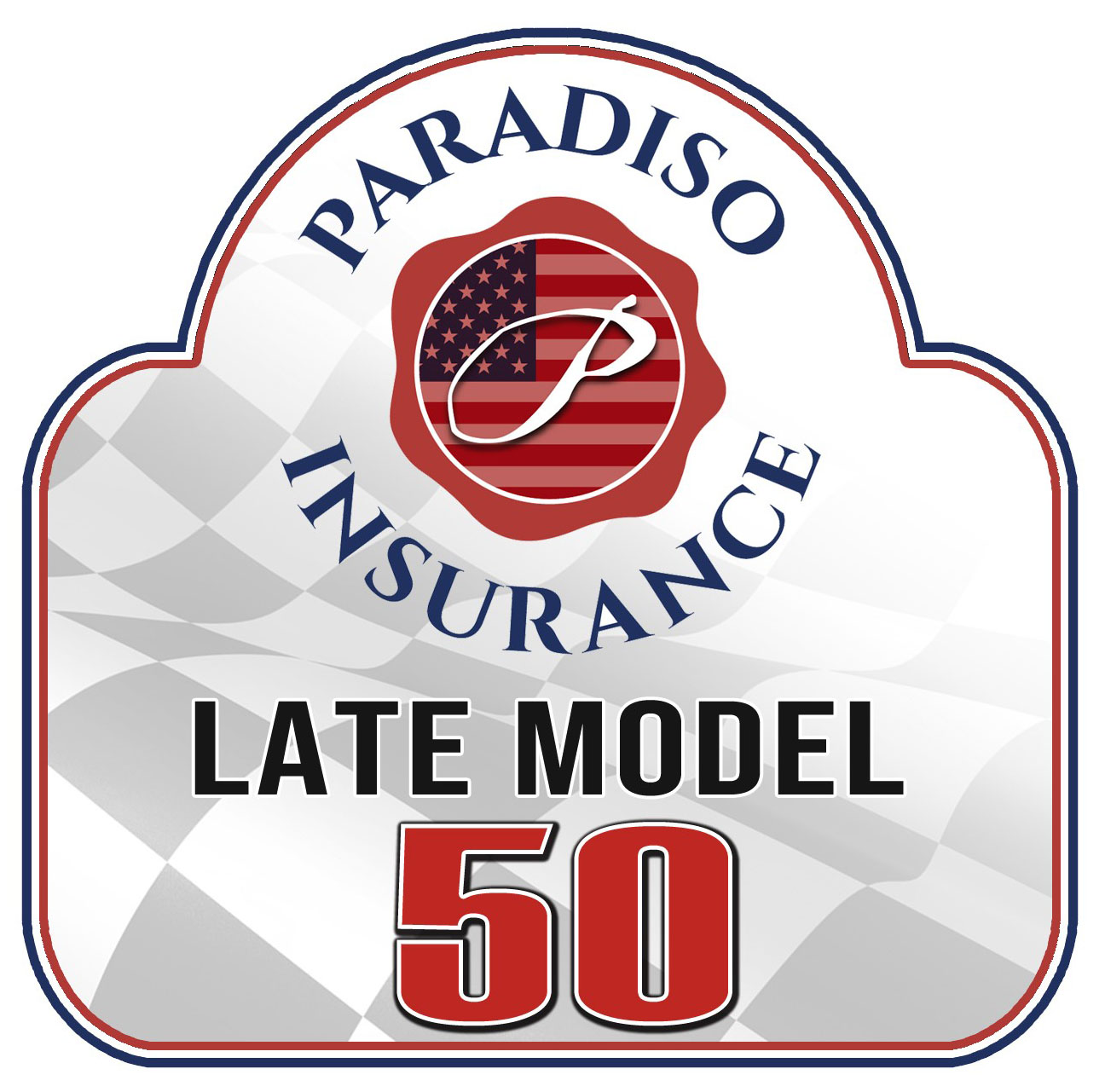 Over the last few seasons Stafford’s Late Model division has continued its resurgence becoming one of the most competitive weekly divisions in the region. In just 14 events in 2020, 7 different drivers made it to Stafford victory lane with eventual champion Adam Gray leading the way with an impressive 6 win season. Shockingly absent from victory lane were two of the best in Stafford Late Model racing, Tom Fearn and Michael Bennett who have 56 and 20 career Late Model wins respectively.

“Our Late Model division continues to grow and the support of Paradiso Insurance further strengthens the division,” continued Arute. “Time and time again we’ve shown our commitment to Late Model racing at Stafford and it shows with a great field of race teams taking shape for the new season.” 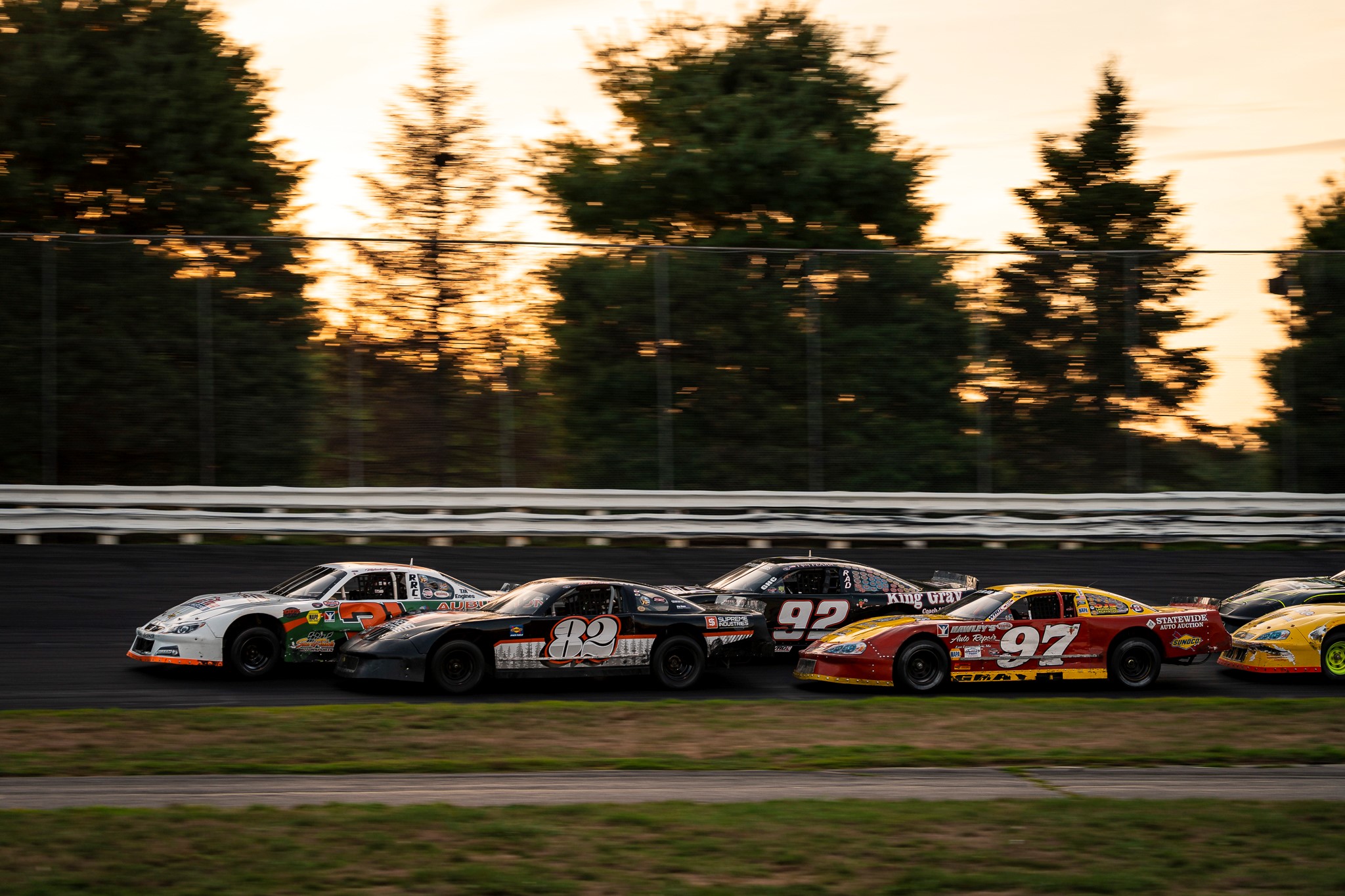 The Paradiso Insurance Late Model 50 is the highlight of the calendar for the Late Models division marking the longest race of the year. Tyler Leary, Ryan Fearn, and Paul Arute are the last 3 winners of the extra distance event continuing a surprising trend of younger, less experienced drivers winning the only extra distance event of the season. Ryan Fearn and Arute both return to the Late Model division in 2021 and will look to grab their 2nd career 50 lap victory in the Paradiso Insurance Late Model 50 scheduled for Friday, September 3rd.

Located on Main Street in Stafford Springs, CT just a mile from Stafford Speedway, Paradiso Insurance is a local independent insurance agency that specializes in personal insurance, business insurance and parcel delivery insurance. Owner Chris Paradiso leads the team in organizing the yearly community events that they put together, one being their annual flag day event. The Paradiso team prides themselves on giving back to the local community and believe that is the backbone of the agency.

“We are beyond excited to be able to be a part of this sponsorship. I love supporting local businesses and the community involvement all around,” noted Paradiso Licensed Insurance Professional Jessica Balanceau. “Chris and all of us on the team are super excited for our sponsorship with Stafford Motor Speedway as they are a huge staple in our community.”