Parity Reigns Through First Month of Competition at Stafford Speedway

(Stafford Springs, CT)—With the first month of NASCAR Whelen All-American Series competition at Stafford Speedway in the record books, there has been one overwhelming theme taking shape at the Connecticut half-mile facility. With 22 different feature winners in 25 events thus far in 2019, parity is king. The SK Modified®, Late Model, and Street Stock divisions have each had 5 different feature winners in the first 5 races while the only repeat winners have been Bryan Narducci in the SK Light division and Matt Clement and Jeremy Lavoie in the Limited Late Model division. 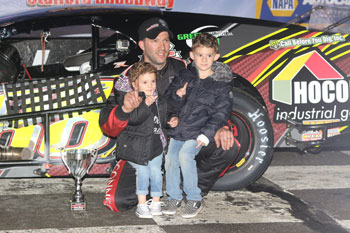 Stafford’s premier SK Modified® division saw Keith Rocco repeat his season opening win of 2018 on May 4 with Eric Berndt, Glen Reen, Ronnie Williams, and Andrew Molleur each taking a turn following Rocco into NAPA Victory Lane. Normally wins translate to occupying the top spots in the points standings but through 5 races, the first four positions in the SK Modified® standings are filled by drivers who are still searching for their first win in 2019. Michael Gervais, Jr. leads Todd Owen, Michael Christopher, Jr., and Nick Salva with Rocco the highest placing feature winner in the standings. 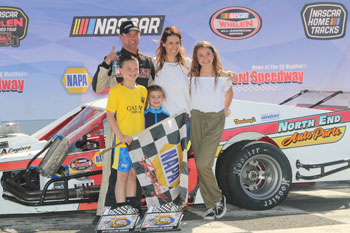 While not occupying the top spots in the SK Modified® standings, Rocco, Berndt, Williams, and Reen occupy the 5th through 8th positions in the points with last Friday’s winner, Molleur, 11th in the standings. Molleur’s win last Friday night also gives him the lead in the chase for the 2019 NAPA Auto Parts SK Modified® Rookie of the Year title with last season’s SK Light champion Marcello Rufrano 10 points behind Molleur. The 2018 season saw 8 different SK Modified® winners in 21 races and that mark could be shattered this season. Christopher and Joey Cipriano are both 2018 race winners who have yet to win in 2019 plus 19 of the top 20 drivers in the SK standings have won either an SK Modified® or SK Light feature in years past and 8 of those top 20 drivers have won modified championships at Stafford in either the SK Modified® or SK Light division. 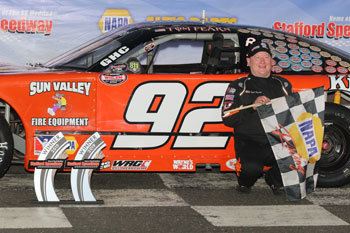 Stafford’s Late Models kicked off the 2019 season with Michael Wray taking the season opening feature followed in turn by Cliff Saunders, Al Saunders, Kevin Gambacorta, and defending Late Model champion Tom Fearn. Fearn’s victory last Friday night keeps him at the top of the Late Model standings as he is the only driver to record a top-5 finish in each of the first 5 races this season. Right behind Fearn are Michael Bennett and Paul Arute, who are both searching for their first 2019 victory. Gambacorta, Al Saunders, and Wray occupy the 4th through 6th positions in the standings with Tyler Leary, Ryan Fearn, Chase Cook and Paul Varricchio, Jr. rounding out the top-10 and Cliff Saunders sits 11th. Leary is a former Late Model winner while Ryan Fearn has wins in the Street Stock and Limited late Model divisions and notched a second place finish on May 24. May 24 also saw Cook and Varricchio record their career best finishes in the Late Model division. With so many drivers still in search of their first 2019 victory, the Late Model division may well eclipse the 7 different feature winners from 2018. 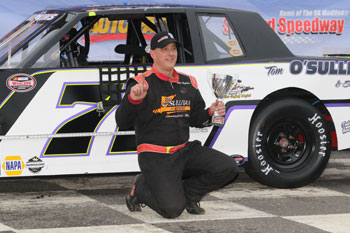 Stafford’s Street Stocks continue the 2019 trend with Mike Hopkins winning the season opening 30-lap RSMPCO.com Triple Crown feature followed by Johnny Walker, Zack Robinson, George Bessette, Jr., and Meghan Fuller. Fuller’s win last Friday night vaulted her to the top of the Street Stock standings ahead of Travis Hydar, who is the only driver to record top-5 finishes in each of the first 5 races this season. Bessette and Robinson are third and fourth in the standings with rookie driver Adrien Paradis, III sitting in 5th place. Drivers who won in 2018 and are yet to win in 2019 include Travis Hydar, Nicole Chambrello, and Jason Lafayette. Brandon Michael and Tess Beyer were also 2018 Street Stock winners, but they have not yet competed in 2019 while Trace Beyer has moved up to the Late Model division. 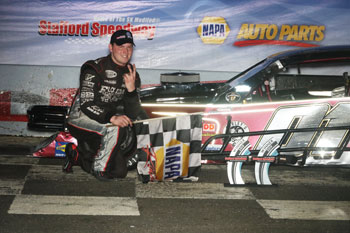 Bryan Narducci has been the only repeat winner in the SK Light division, but even with 2 wins he is only 11th in the points standings as rookie driver Steven Chapman leads the standings with last week’s winner Teddy Hodgdon, Dunleavy’s Modifiedz Night winner Noah Korner, and Mark Bakaj all tied for second in the standings, only 4 points behind Chapman. 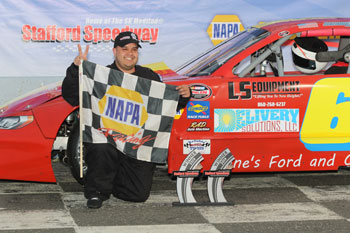 Jeremy Lavoie and Matt Clement both have 2 wins in the Limited Late Model division with Duane Provost also reaching victory lane. Provost currently leads Lavoie by 2 points in the championship chase with Gary Patnode third, 6 points behind and Clement fourth, 8 points behind. 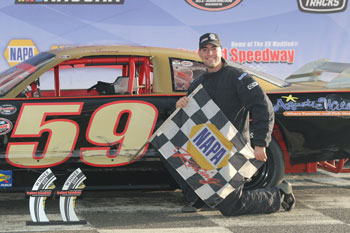 The SK Modifieds®, Late Models, and Street Stocks will each try to make it 6 for 6 in 2019 this Friday night, June 7 with the Whelen Event Night program that will feature an extra distance race for the Limited Late Models as well as the second Kids Big Wheel race of the 2019 season as part of Kids Night. Tickets for this Friday night’s program are $18.50 for adults and kids 14 and under are free. Reserved seating is priced at $20.00 for all ages. All tickets include 10% CT Admission Tax. General admission gates open at 5:15pm, with qualifying races beginning at 6:15pm and feature races to follow.