(Stafford Springs, CT)—Following a 2-race stint in Stafford’s SK Modified® division during the 2019 season, Swanzey, NH native Todd Patnode will make a full-time move for 2020. Patnode will pilot the #42 SPAFCO Chassis car owned by Ken Barry and the 7-time Monadnock Speedway champion is looking forward to his first full-time season at Stafford.

“I first watched the SK Modifieds® at Stafford 4 or 5 years ago and I remember thinking that I wanted to one day be part of the show,” said Patnode. “I’m looking forward to it. If the SK’s at Stafford aren’t the best weekly show anywhere in America, then it’s right up there. I’m looking forward to working with Kenny [Barry] this year and the field looks like a very competitive field, which always draws my interest. There’s probably around 12 cars that can win a race on any given night at Stafford and the more competitive the field, the more it appeals to me.” 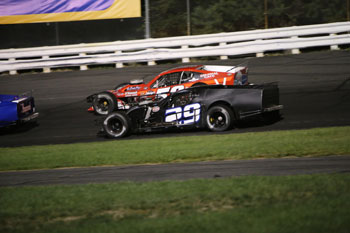 The 2020 season will be busy for Patnode. He will run Barry’s car on Friday nights at Stafford while still running his family owned #24 car at Monadnock Speedway on Saturday nights in pursuit of a NASCAR National Championship. Patnode finished the 2019 season in 13th place in the NWAAS national points standings and racing at Stafford will give Patnode 22 more opportunities to try to win races and accumulate as many national points as he can. Stafford’s SK Modified® division had three drivers, Keith Rocco, Ronnie Williams, and Todd Owen all finish in the top-10 of the NWAAS national standings last season.

“The NASCAR points are out of reach only racing at one track so that was another factor in coming to Stafford this season,” said Patnode. “I believe we can win races this year. That doesn’t necessarily mean we’re actually going to win, but we all believe we can be a winning car. We have a good piece to work with and I think working with Kenny will be very easy this year.”

While Patnode is a long-time modified veteran with 10+ seasons racing at Monadnock Speedway and the Modified Racing Series, he is still a relative newcomer to Stafford. Patnode has 4 career MRS starts with 2 top-10 finishes and he recorded one top-10 finish in his 2 SK Modified® starts he made driving one of Keith Rocco’s cars last season. Patnode is looking forward to working with Ken Barry to help offset his learning curve and he can take solace in the fact that the car he will be driving was taken to NAPA Victory Lane last season by Andrew Molleur. 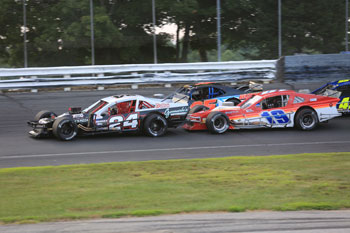 “Working with Kenny is going to be a real big deal for me,” said Patnode. “I’ve driven SPAFCO’s in the past and I’ve won championships with those chassis. SPAFCO’s are a good car and they respond well and I think it’s going to be very easy working with Kenny this season. Andrew Molleur won a race in the car last year so it’s good to know the car is capable of winning races. I still have a few things to catch up on and I’m looking for a little different feel than what I had racing Keith’s car. The approach to passing cars at Stafford was a little different than what I was used to and I didn’t really pick up on that until I made the second start in Keith’s car.”

Patnode figures it will take several races working together with Barry in order for him to figure out exactly what he wants in the #42 car and to be a factor for the checkered flag every Friday night.

“Once we get the feeling I’m looking for in the car I think we’ll be all set,” said Patnode. “Kenny says he’ll throw whatever he needs to at the car in order to make it comfortable for me and as a driver I can’t ask for any more than that. I figure we’ll need 3 or 4 races in order to get a good feeling in the car.”

Should Patnode and Barry hit on a combination that they like, they’re looking to be weekly contenders for wins and in turn a contender for the championship. 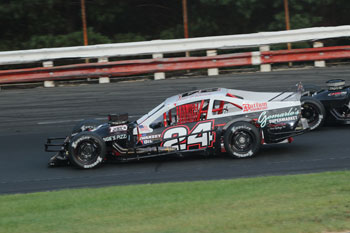 “Our plan is to go for wins and the rest will take care of itself,” said Patnode. “I’ll have a better idea of what a good year would be for us after race #4. Anything in the top-10 for the first few races would be great. Maybe we’ll hit what I’m looking for right off the bat but I think it’ll take about 3 or 4 races. Everyone usually has a couple of bad races during the season so I’m not that worried if we have a bad race or two at the start of the year. Guys are going to have a bad night whether it’s the beginning, the middle, or towards the end of the season. In my mind I always believe we can contend for a championship.”