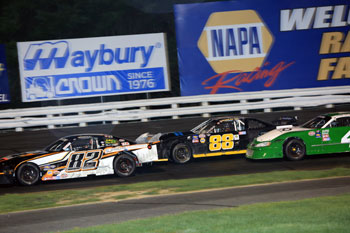 “We’ve come a long way since my first season in the Limited Late Models,” explained Arute.  “I can’t thank my crew and all my supporters enough, a lot of people were instrumental to our success in 2016.  My crew chief Steve Johnson has stuck with me over the last 3 years and last year we hit our stride and parked it in victory lane 5 times.”

Arute is making the jump to a revitalized Late Model division in 2017.  Historically the Late Model division has been highly competitive and the 2017 season will be no different with a strong group of returning drivers and a few new drivers that will surely make an impact. 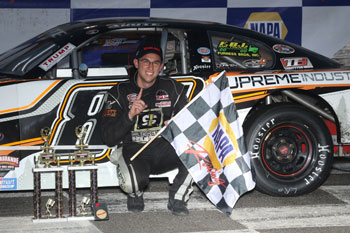 “The Late Model division will be tough,” continued Arute. “You have veterans like Tom Fearn, Michael Bennett, and Tom Butler but also have the younger guys like Mike Wray, Josh Wood and Kevin Gambacorta who have come into their own the last few years.  The team is excited for the new challenge.”

Arute will be competing for Rookie of the Year against the other new driver in the field, Matt Vassar, who will pilot the number 69 car. Though just a rookie, Arute has his sights on getting to victory lane in 2017.

“Goals for the year would be to get to NAPA Victory Lane,” explained Arute. “That will be hard. We have a steep learning curve but with the team and supporters we’ve pulled together we know we can get it done.” 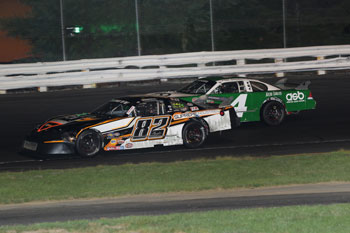 “I have to thank Supreme Industries of Harwinton, CT for their continued support of our race team, without them none of this is possible,” said Arute. “Gavin and Nate Boucher of Supreme Industries joined us midway through the 2014 season and have stuck with me ever since. We’ve had some fun along the way and that will continue in 2017.  If you’re in the market for land clearing, site work, or road building for any project, check them out at SupremeIndustries.com, they are the best in the business.”

The team also has a new associate sponsor on board for the 2017 season, Boston Based Alternative Small Business Lender, Forward Financing. 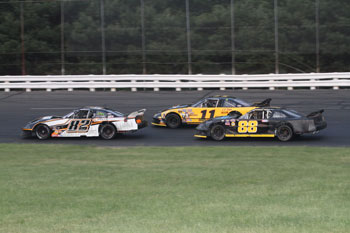 “Forward Financing has joined us for the new season,” explained Arute. “Forward Financing supports small businesses by providing working capital in as little as one business day. I’m really excited to have the Forward team on board. They’re a great company helping small businesses throughout the country and their whole group will be down to the track for the extra distance race May 12th.”

Arute is adamant to thank the long list of supporters of his racing career which started in the Wild Thing Kart Series and moved to the Limited Late Model division in the 2013 season.

“I have to thank my whole crew and everyone who’s supported me in my racing career,” explained Arute. “I can’t thank everyone enough; Steve, Everett, Wendy, Rick and Mike Decarli, Tom, Rick Casagrande, Slick Phillips in my kart days, my brother David, and my parents have all helped me along the way.  We’re ready for the Sizzler.” 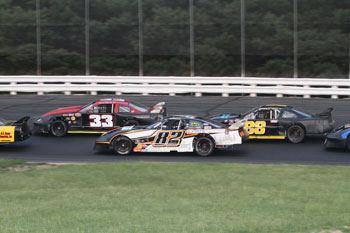 Arute will kick off his rookie season of Late Model competition at the 46th Annual NAPA Auto Parts Spring Sizzler on April 28-30. Tickets for the “Greatest Race in the History of Spring” are on sale now at the Speedway Box Office. Tickets are priced at $40.00 for adult general admission tickets, $5.00 for children ages 6-14, and children ages 5 and under are admitted free of charge when accompanied by an adult. Reserved seating is priced at $42.00 for all ages. As always, Stafford Motor Speedway offers free parking with overnight parking available. All tickets are good for both Saturday and Sunday admission. All ticket prices include 10% CT Admission Tax. Discount Tickets will be available at all 71 participating NAPA Auto Parts stores beginning on Monday April 3rd. For a full list of the 71 locations throughout Connecticut, Massachusetts, New York, Vermont, and Rhode Island, call the speedway office or visit us on the web at www.staffordmotorspeedway.com/participating-napa-auto-parts-stores.