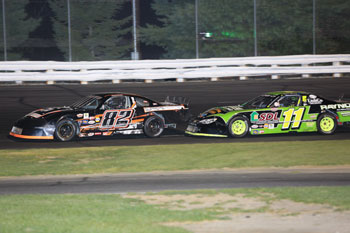 (Stafford Springs, CT)—After a dominating 2016 season that saw him win 5 races and contend for the Limited Late Model championship, Tolland native Paul Arute made the step up the full fender ladder at Stafford Speedway into the Late Model division for 2017. The driver of the #82 Supreme Industries Chevrolet took down his first Late Model win on August 25 and with 4 top-5 and 13 top-10 finishes for the season, he easily outpointed Matt Vassar to claim the NAPA Auto Parts Rookie of the Year honors and the $1,000 bonus that goes with it.

“The whole team knew how big the jump from Limited Late Models to Late Models would be,” explained Arute. “Our goal at the start of the year was to learn as much as we could and win 1 race before the year was out. We grabbed that win and also grabbed the rookie of the year bonus from NAPA, so we’re happy with the season.” 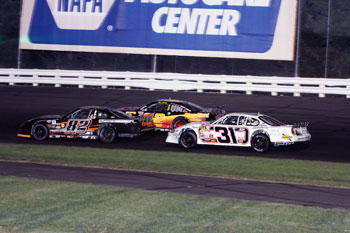 The beginning of the season saw Arute struggling to find the handling on his #82 machine as he had to adjust to the power difference between the Limited Late Model and Late Model cars in addition to having to set the car up to last 30 laps instead of the customary 20 laps from the Limited Late Model days. Arute managed two top-10 finishes over his first four starts but as the year wore on he began to pick up the consistency with his finishes as he managed top-10 efforts in all but two of the remaining 13 races, including the Aug. 25 victory.

“We struggled a bit during the first half of the season to get a handle on the new car but the team worked through it,” continued Arute. “I can’t thank my sponsors and crew enough, without them none of this is possible. Supreme Industries, Forward Financing, and New England Race Fuels are all vital to our operation. Steve Johnson has been my crew chief for over 3 years now and we have had a lot of fun learning about the new car this season. I have to thank everyone who helps out on the team; Steve Johnson, Wendy Batz, Everett Marvin, Rick Casagrande, Ric DeCarli, and Bob Fill.” 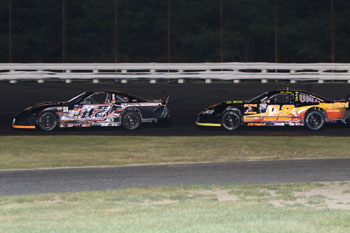 The second half of the season is where Arute and the #82 team really began to shine. Starting in August, Arute began an 8-race stretch that saw them record top-9 finishes in each race. Arute’s average finish over the final 8 races was 5.9 and the highlight of the season was being able to pull his #82 into NAPA Victory Lane. With a full season of Late Model competition under his belt, Arute will be looking to get his Late Model program on the level that he enjoyed with his Limited Late Model car in 2016 and be a regular contender for wins as well as being a contender for the track championship. 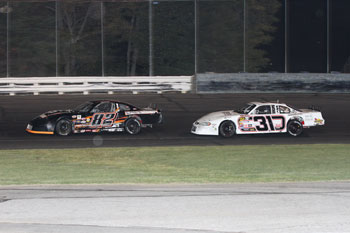 “Gavin and Nate Boucher with Supreme Industries have been with our team for 3 seasons now and will be back on board in 2018,” explained Arute. “They’re great guys and with their backing we’re confident we can contend for wins and get to victory lane a few times next season. Late model racing at Stafford is so tough, the competition level is very high and to get a win you have to have a flawless night. With one year under our belts were ready to contend in 2018.”

Arute will officially be crowned as the 2017 NAPA Auto Parts Late Model Rookie of the Year at the 48th Annual Stafford Motor Speedway Champions Awards Ceremony on Friday, November 17 at Maneeley’s in South Windsor.