2015 TSI Harley-Davidson 125; Preece Makes It Two In A Row; Cruises Past Field At Stafford 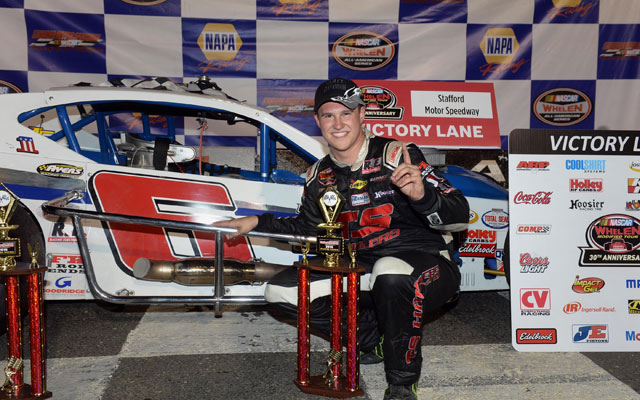 The 24-year-old from Berlin, Connecticut, earned his first win of the season last Saturday at New London-Waterford Speedbowl, when he edged past Doug Coby for the win. Friday on the half-mile oval of Stafford, he repeated the same fate. Preece, the quickest in practice, took the lead on Lap 2 from Coby and led all but six laps.

This win could be a good omen for Preece with each of the last five winners of the TSI Harley-Davidson 125 having gone one to win the Whelen Modified Tour title that year, including Preece in 2013.

Defending champion Doug Coby was penalized late in the race for rough driving and finished 13th after winning the Coors Light Pole Award.

With Friday’s result, Preece increased his lead in the championship standings to eight points over Pitkat while Coby slipped one spot to third, 17 tallies behind.

The NASCAR Whelen Modified Tour will return to the track on Wednesday, June 10 for the Mr. Rooter 125 at Connecticut’s Thompson Speedway Motorsports Park.