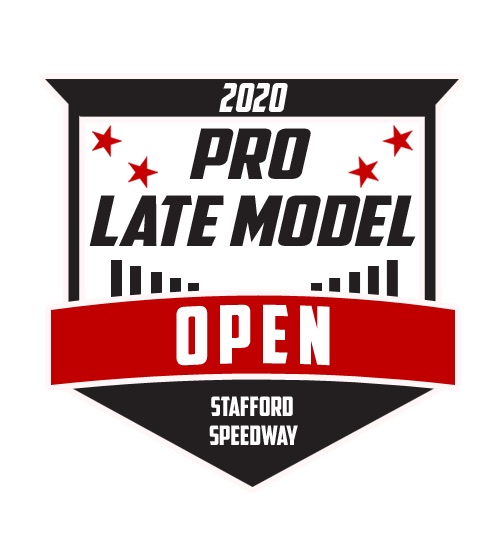 Stafford, CT A new division of racing is slated to hit the half-mile in 2020 with the Inaugural Pro Late Model Open on Friday, May 29th. Teams and drivers from throughout New England will make their way to Stafford Speedway to compete in an 80 lap event that will pay $2,500 to win. Rules and registration have now been posted online for the previously announced event.

“After consulting with race teams, we’ve landed on a rulebook that we believe will deliver the best racing and a level playing field for race teams that attend,” explained Stafford Speedway General Manager David Arute. “After hearing from race fans and teams for a few seasons, we’ve decided to bring in this type of division for an event at Stafford. Since we announced the event a few weeks back we’ve been encouraged by all the interest.”

“We took our time with the rules and I think we’ve come up with a good package,” continued Arute. “We decided to only allow the crate motor for this event. This aligns with the direction local Super Late Model and Pro Stock series have gone throughout the Northeast.”

The official rulebook has been released and is now available online at staffordspeedway.com. Registration for the event is also now open and can be completed online or by calling the track office. Teams who register early will receive a discount. Additional event information and full purse breakdown will be released within the next few weeks.

Rules, registration, and additional information can be found online at StaffordSpeedway.com. Teams and drivers are encouraged to contact the track office by phone (860-684-2783), via email (smsonline@staffordspeedway.com), or on social media with any questions.