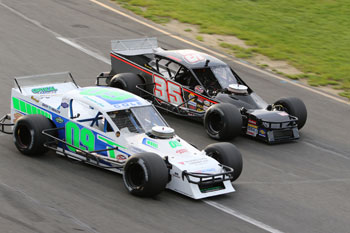 (Stafford Springs, CT)—With the first green flag of the 2019 NASCAR Whelen All-American Series season just around the corner, Cassandra Cole is primed and ready. The Westbrook, CT native and driver of the #09 NAPROCO/Whelen/MAWC Accounting Chevrolet is entering her third season of SK Light competition at Stafford Motor Speedway and after a busy and productive off-season, she is ready to make her mark in 2019.

“This winter was the first time we’ve actually torn the car down since we got it,” said Cole. “We found a lot of bent parts which was our problem last season with the car not steering right. We’ve pretty much done a restoration job on the entire car making it mostly brand new so hopefully it will be fast this season. I’ve done a lot of the work on the car myself and my Dad has been teaching me everything I need to know about the car. It’s going to be pretty cool to be racing a car that I’ve done most of the work on. We have two new sponsors with NAPROCO and Whelen so I have to thank them along with MAWC Accounting, Tri State Glass, The Garage Door Guys, Downie Septic & Excavations, my Dad, my Mom, my brother, everyone who’s helped me run around this winter getting spare parts, and Keith Rocco for all his help with the setup. I’ve been waiting for a while now and I’m super excited to get the season started.” 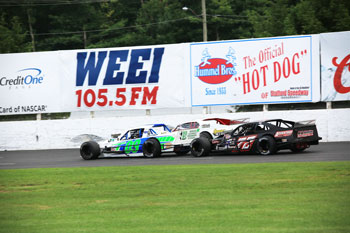 After running a half-season as a rookie in 2017, Cole started 20 of 21 races last season and posted four top-10 finishes, with a twice accomplished best finish of 6th. Cole ended the season 11th in the championship points standings, missing out on a top-10 finish by just 12 points. With everything she has learned throughout the winter working on the #09 machine, Cole is confident that the car will have speed and that the first career top-5 finish and even first career victory will come in 2019.

“I feel like after the off season we’ve had and making the car almost brand new again, we have a good shot at getting a top-5 finish hopefully in the first couple of races,” said Cole. “Last year I won my first heat race so this year I’m hoping to win my first feature race. The goal is to get a top-5 finish in the points and get some podium finishes. Last year we came up one spot short of a top-10 finish in the standings. I definitely think working on the car and learning all about it this winter is going to help. Usually whenever I had a problem I would say something like it’s something in the left front that isn’t working and now I’ll know what is happening and where it’s happening and what could be wrong. We’re looking to get things turned around this season.” 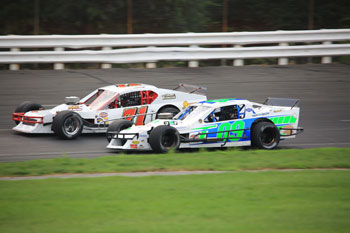 One area that Cole knows she needs to improve on in order to get her #09 machine into the top-5 and contending for wins is her communication to her crew about how the car is handling and what they can do to make it faster during a Friday night. Should Cole need any extra advice to unlock speed from her #09 car she will once again have 3-time Stafford SK Modified® champion Keith Rocco helping her out with her car setup.

“I’d definitely say communication from me to both Keith and my Dad will be the key for us this season,” said Cole. “I haven’t been very good at explaining to them what is wrong with the car so hopefully working on the car this winter will allow me to be much better with that this season. It’s really awesome to have someone like Keith helping us out. He’s really good, he knows his stuff, and there’s nothing he doesn’t have an answer for whenever I ask him a question. I don’t think he’s ever given me advice that didn’t help me out.” 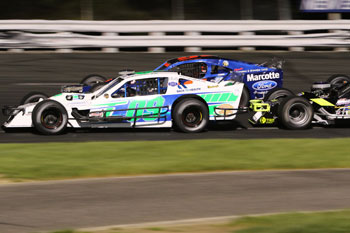 The SK Light division will see 6 returning winners from 2018 along with a rookie class of over 10 drivers mixed with veterans all keeping the competition level as strong as ever this season.

“I feel like it’s going to be just as tough as it was last season to win a race this year,” said Cole. “I’ve raced with people from Legend Cars to SK Lights at Stafford, and they’ve all been good drivers. I think that Stafford has the best SK Modified® and SK Light drivers in the Northeast so it’s definitely going to be tough. It’s all about the setup and making the right changes on the car for the night time versus practicing during the day. We’re a first generation team so we’re still learning a lot about the car with things like stagger and Keith [Rocco] has been a big help in that department.”

Cole’s first chance to win a race in 2019 will be during Stafford Speedway’s 48th Annual NAPA Auto Parts Spring Sizzler on April 27-28. Tickets for the “Greatest Race in the History of Spring” are on sale now by calling the Speedway Box Office 860-684-2783 or online at www.staffordspeedway.com. Discount NAPA Spring Sizzler tickets that include access to the NAPA lunch buffet will be available at participating NAPA Auto Parts Stores starting Monday, March 25. For a full list of participating locations throughout Connecticut, Massachusetts, New York, Rhode Island, and Vermont, please call the speedway office or point your web browser to www.staffordmotorspeedway.com/participating-napa-auto-parts-stores.