STAFFORD, Conn. — Doug Coby captured the Coors Light Pole Award on Saturday for the NAPA Spring Sizzler 200 at Stafford Motor Speedway. With a fast lap of 17.896 seconds (100.581 mph), Coby broke the track record at the half-mile oval, one that was previously held by Ryan Preece. The pole was the 20th career for the Milford, Conn. native and also his ninth at Stafford. Coby will lead the field to green behind the wheel of his Mayhew Tools No. 2.

Todd Szegedy qualified second and will join Coby on the front row for Sunday’s 200 lap main event. Szegedy put up a fast lap of 18.040 seconds behind the wheel of his Montanari Fuel No. 85. The 2003 champion has four career Stafford victories to his credit heading into tomorrow.

The NASCAR Whelen Modified Tour returns to the track on Sunday, with the NAPA Spring Sizzler 200 set to take the green flag just after 3:15 p.m. 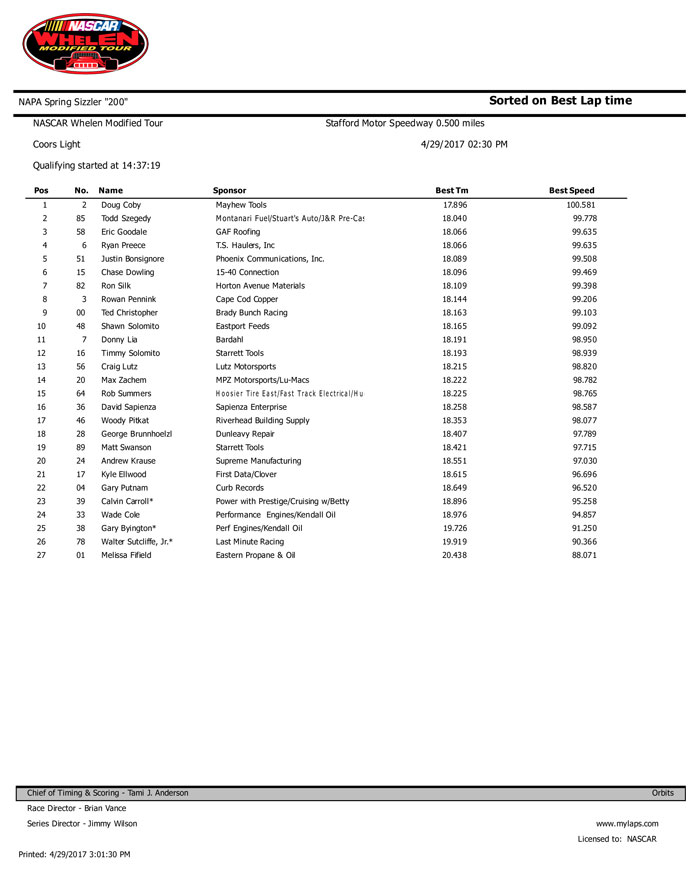