R.A.D. Auto Machine Rookie of the Year Bonus Returns in 2019

(Stafford Springs, CT)—For the 7th consecutive year, Ludlow, MA based R.A.D. Auto Machine will present a Rookie of the Year Bonus for Stafford’s Street Stock, Limited Late Model, and SK Light divisions. The highest finishing rookie drivers in each division will receive a $500 bonus courtesy of R.A.D. Auto Machine. All drivers who have made less than 5 division starts in previous seasons are eligible to compete in the R.A.D. Rookie of the Year program.

“All of Stafford’s entry level divisions are great classes with some very talented drivers,” explained Don Wood of R.A.D. Auto Machine. “We enjoy helping out drivers who maybe might not get as much publicity as the drivers in the premier divisions. Over the years we’ve seen a lot of very talented drivers win the Rookie of the Year and have gone on to win races and championships at Stafford. We look forward to keeping track of the rookie battles this year and we wish the best of luck to all the rookie drivers this season.” 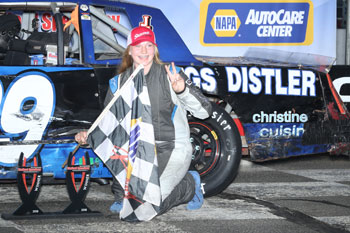 R.A.D. Auto Machine, owned and operated by Don Wood, is the exclusive engine supplier of the Limited Late Model and SK Light Modified divisions. With over 30 years of experience, R.A.D. is an engine rebuilding facility with full service machine shop capabilities. For more information on R.A.D. Automachine visit their website www.radautomachine.com.