Home › News › R.J. Surdell Looking to Get Back to NAPA Victory Lane at Stafford

R.J. Surdell Looking to Get Back to NAPA Victory Lane at Stafford 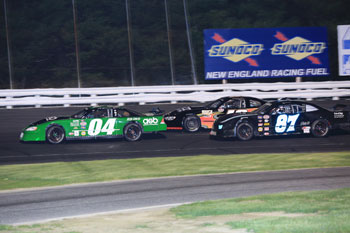 (Stafford Springs, CT)—With the first green flag of the 2018 NASCAR Whelen All-American Series season at Stafford Speedway less than 80 days away, perhaps no driver is more eager to get back behind the wheel than Willington native R.J. Surdell.

Surdell began his Stafford career in 2014 in the Limited Late Model ranks and he has been behind the wheel of his #87 machine ever since. After finishing 12th, 11th, and then 9th in the points standings from 2014-2016, Surdell was enjoying his best season to date in 2017. Through the first 7 races of the season, he had notched his first career win along with three top-5 and four top-10 finishes for an average finish of 7.6. Surdell’s win on July 7th saw him sitting in 6th place in the Limited Late Model standings. But his season would come to an abbreviated halt the very next week. A hard hit left him with a concussion and he would only make 2 more starts over the final 10 races of the season. 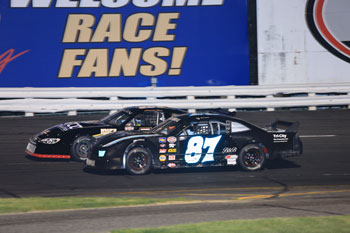 “I’m really excited and I’m looking forward to the Sizzler and getting back behind the wheel for the open practice,” said Surdell. “Last season was very disappointing. I took 6 or 7 weeks off from racing and it was really tough to be at the track watching and supporting your friends but not being able to race yourself. You still have to watch your competition and keep up with everything going on at the track or else you fall behind real fast. I hope we can have the car back to where it was last season and there’s a lot of great tracks to run but Stafford is definitely my favorite. I’m really hungry to get back racing and getting back on the podium, I love being able to talk on the mic.”

Despite his season getting abbreviated, Surdell has plenty of momentum to carry over. Prior to the 2017 season, Surdell’s best career finish was a 4th place effort in 2016. With his first win and first trips to the Stafford podium under his belt, Surdell has his sights set on winning some more races in 2018. 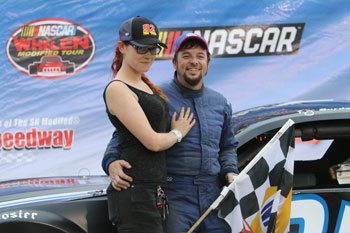 “The goal is to get some wins this season but the main thing will be to become more consistent from week to week,” said Surdell. “In the 10 races we ran last year, we only finished 6 races but out of the races we finished we were on the podium twice and in the top-5 five times. If we can get some better consistency, that might give us an opportunity to make a run for the championship towards the end of the season. Staying out of trouble will be the key for us. We didn’t cause any wrecks last season, we just got caught up in other people’s troubles that happened around us. We don’t have a sponsor yet for this season so that’s going to make things a little rough for us. Some new sponsors would be a big help in getting us through the season and competing for the championship.”

Surdell will once again have his wife Megan serving as his crew chief on the #87 car, although she won’t be as involved at the track as she was last season as she will be serving as Jeff Malave’s crew chief on his #14 modified car that he will be bringing to Stafford’s Open Modified 80 shows as well as some VMRS races.

“We learned a lot last season with the car,” said Surdell. “Megan did tremendous work and really figured some things out with the car with her specialty being in the engineering department. We were working on some things to make the car better and if we were able to have continued racing and not had to stop, I think we could have potentially gone for a championship run or at least a top-3 finish in the standings. Megan does a great job turning the wrenches on the car and our win last year helped open some doors for her. This season she’s going to be helping Jeff Malave with his modified for the Open Modified shows and the MRS shows that Jeff will be running. She’ll still be helping me behind the scenes but not as much as she normally did at the track. It’s awesome to have her working with me in the shop.” 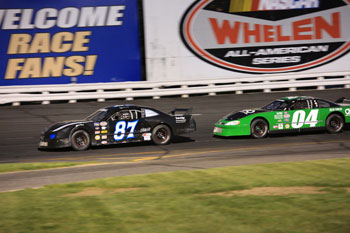 Surdell knows that his quest to get back into NAPA Victory Lane will be a tough path to navigate. The division returns several veterans who are well familiar with how to win races and there are new drivers who will be making their debuts in the Limited Late Model division.

“I think the level of competition will be huge,” said Surdell. “We have 5 or 6 of us coming back who are very competitive like Jeremy Lavoie, Matt Clement, Duane Provost, Alexandra and Ryan Fearn, and we’ll have some rookie drivers so the competition should be really strong this season. It will be pretty tough to get into the top-5 this year. Hopefully we can get some consistency off of what we had going last season and have a strong start to the season.”

The 2018 Limited Late Model season kicks off with the 47th Annual NAPA Auto Parts Spring Sizzler® on April 27-29. Tickets for the “Greatest Race in the History of Spring” are on sale now at the Speedway Box Office. Tickets are priced at $40.00 for adult general admission tickets, $5.00 for children ages 6-14, and children ages 5 and under are admitted free of charge when accompanied by an adult. Reserved seating is priced at $42.00 for all ages. As always, Stafford Motor Speedway offers free parking with overnight parking available. All tickets are good for both Saturday and Sunday admission. All ticket prices include 10% CT Admission Tax. Discount Spring Sizzler® tickets will be available beginning in March at participating NAPA Auto Parts stores.