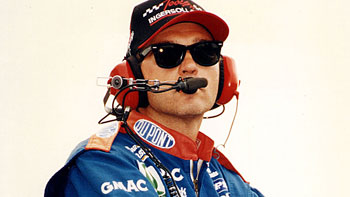 (Stafford Springs, CT)—NASCAR Hall of Famer and vintage racing enthusiast Ray Evernham will serve as Grand Marshal for the 2018 NAPA Auto Parts Spring Sizzler®, scheduled for April 28th and 29th.  Known as one of the all-time greatest crew chiefs in NASCAR history, Evernham will be in attendance the entire race weekend and three of his vintage Modifieds will participate in Saturday’s Vintage All-Star event.

“When we heard Stafford was hosting a vintage event Spring Sizzler® weekend, we circled the date on our calendar,” explained Evernham.  “My passion for modifieds runs back to my racing days at Wall Stadium competing against some of the all-time greats.  The Spring Sizzler® has always been a marquee event for Modified racing and it just made sense to bring out a few of our classic mods to turn some laps at Stafford. I’m looking forward to meeting fans and having a fun weekend at Stafford.”

Evernham will kick-off the 2018 Stafford Speedway season with the command to fire engines for the 47th Annual NAPA Auto Parts Spring Sizzler, a grueling 200 lap event for the NASCAR Whelen Modified Tour.

Before transitioning to a crew chief role, Evernham, a New Jersey native, began his racing career running Modifieds at Wall Stadium during a golden age of short track racing.  The transition out of the cockpit and into the pit box began when Evernham was hired by International Race of Champions (IROC) as a chassis specialist. His success at IROC landed him a job with Alan Kulwicki in the NASCAR Cup series and eventually with future hall of fame driver Jeff Gordon.  Together Ray and Jeff would revolutionize the sport and go on to win 47 cup races and 3 Cup championships together.

“Through the years Ray has always been a great supporter of Modified racing,” explained Stafford Speedway General Manager Mark Arute. “It’s an honor to have a NASCAR Hall of Famer serve as Grand Marshal for our biggest race weekend of the year, the NAPA Auto Parts Spring Sizzler®. Ray is also a great historian for the sport through his vintage collection and all of us here are excited to see the vintage cars he brings up for Sizzler weekend.” 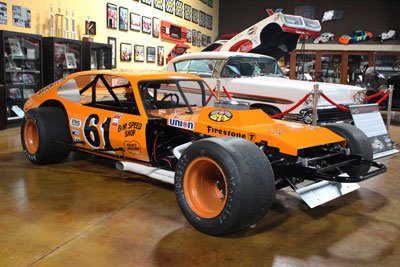 “We’re bringing the #99 car that Geoff Bodine won the Spring Sizzler® with in 1980 along with cars driven by Richie Evans and Charlie Jarzombek,” continued Evernham. “I hope the New England race fans enjoy seeing those legendary cars on track.  We will run all three cars in Saturday’s feature and have them on display at Sunday’s Pit Party.”

New for 2018, the Vintage All-Star Series will run a 20-lap feature on Saturday, April 28th and will be made up from late 70’s and early 80’s Modifieds. All three of Evernham’s cars will compete in the event. Race fans will have the opportunity to meet Ray and check out his vintage Modifieds at the NAPA Auto Parts Pit Party prior to the Sunday portion of the NAPA Auto Parts Spring Sizzler® on Sunday April 29th.

The 47th Annual NAPA Auto Parts Spring Sizzler® is scheduled for April 27-29. Tickets for the “Greatest Race in the History of Spring” are on sale now at the Stafford Speedway Box Office. Tickets are priced at $40.00 for adult general admission tickets, $5.00 for children ages 6-14, and children ages 5 and under are admitted free of charge when accompanied by an adult. Reserved seating is priced at $42.00 for all ages. As always, Stafford Motor Speedway offers free parking with overnight parking available. All tickets are good for both Saturday and Sunday admission. All ticket prices include 10% CT Admission Tax. Discount Spring Sizzler® tickets will be available beginning in March at participating NAPA Auto Parts stores. For a list of the participating NAPA stores for the 2018 season, please go to https://staffordmotorspeedway.com/participating-napa-auto-parts-stores/.