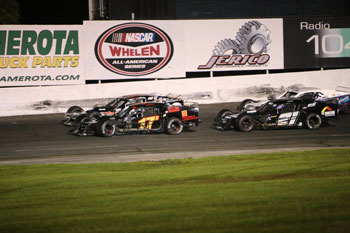 (Stafford Springs, CT)—After posting a win and a career high 8 top-10 finishes last season, Stafford Speedway SK Modified® driver Glen Reen heads into the 2020 season looking for more. Reen finished a career best fifth in the points standings and that finish could have been even higher if not for circumstances and some misfortunes last year.

“I think last year was our best season so far,” said Reen. “We started off the season with flat tires in the first two races and then we won the third race. If we didn’t have those 2 bad races to start, I feel like we could have been right there to make a run at the end of the season. Keith [Rocco] and Ronnie [Williams] both had bad starts to the season but each won 5 races to help make up for that and we only had 1 win. I was frustrated only winning one race and I know that sounds cocky, but I think we were much better than what we were able to show. If we could have turned some close calls into wins, it might have been a three or four way fight at the end of the year for the championship.”

Reen is known as an aggressive driver and that aggressive nature has helped him reach NAPA Victory Lane in 3 of the past 4 seasons. In order to take his winning ways up a notch, Reen knows that sometimes he has to exhibit more patience while on the track. 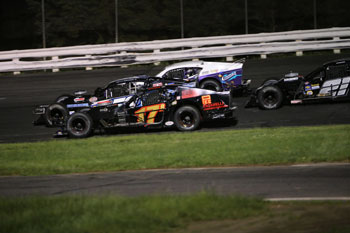 “As a racer, you can always learn something,” said Reen. “I think we’re right about where we want to be but if I had to pinpoint one thing, it would be to dial my aggressive style back a little. I have a bit to go as far as realizing that it might not be the right time to make a move and wait another lap or two in order to make a move. I would rather go from zero to hero instead of going from hero to zero with a move that didn’t work out.”

Reen enters the 2020 season with his sights set squarely on challenging for the track championship. Reen has finished in the top-9 of the points standings in four of his five full-time seasons in the SK Modified® division, and he feels like the time is right for him to take his performance to the next level.

“Absolutely I think we can be a championship contender this season,” said Reen. “As long as some luck plays to our side, I don’t think it’s a far fetched idea. We’re at the shop several nights a week so the cars are ready, they’re clean, and all the rebuilding that needed to be done has been done and we’ve made a few changes. My spotter from last year is now spotting for Bryan Narducci so Dylan Kopec will be spotting for me and I got a couple of my old crew guys back from 2017 when we had a lot of fun going racing together. It’s exciting to have new teammates with Woody and Chase along with Dan and it’s cool to be a part of Horsepower Hill Farms.” 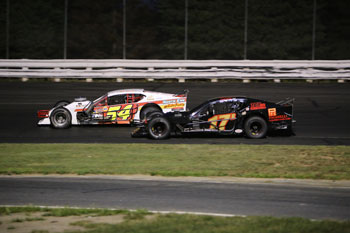 The 2020 season will mark the third consecutive year that Reen has been racing his #17 Horsepower Hill Farms Chevrolet as a teammate to veteran driver Dan Avery. Avery’s stable will increase to 3 cars this season with the addition of Chase Dowling to a full-time ride in the #22 car, while Woody Pitkat will share the #10 car with Avery. Reen was already looking forward to the new season but having Pitkat and Dowling on board as teammates only amplifies his excitement.

“For me to be racing for my childhood hero Dan Avery is probably the coolest thing I could do and I’m really excited to be working with Chase and Woody this year,” said Reen. “Having some more team cars to bounce ideas back and forth with will definitely help us out and I think we can be a force to be reckoned with. Last season we struggled with the car setup being a little too tight all the time but we have a good baseline with two years of notes to work from. When you have a good feeling to start the season off and you have guys you’re used to working with, that brings a lot of momentum.” 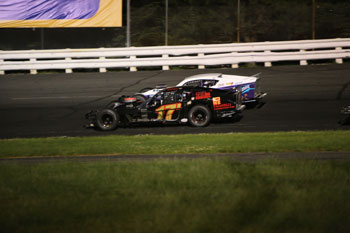 “I’m so excited for the season to get started, especially with the warm weather we’ve been having, and we have great sponsors with Horsepower Hill Farms, Avery Construction, G.P. Fence, LifeCare Family Chiropractic, R.A.D. Auto Machine, and Tech Ed Products.”