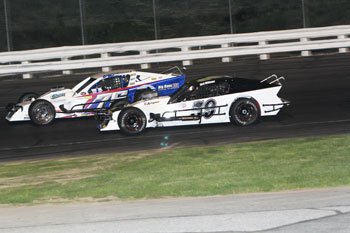 (Stafford Springs, CT)—With the 2017 season underway at Stafford Speedway, one of the feel good stories of the season has to be the performance of East Hampton native and SK Light driver Rick Williams. Williams began his racing career in the SK Light division back in 2009 and he ran every year before taking a break following the 2013 season. While Williams recorded a total of 17 top-10 finishes with a best finish of third in those five seasons, his 2017 season has been a break-out performance. Williams has recorded three consecutive top-7 finishes to start of the year and he is currently sitting in second place in the SK Light points standings.

“Yeah, I’m very surprised,” said Williams. “My goal at the beginning of the year was to just make the shows with all the cars we have right now at Stafford. We worked really hard on the car over the winter. We haven’t been burning it up by any means, but we have some real good consistency going right now. I’d like to think we can carry this over for the remainder of the season but we’re not 100% sure what our plans are going to be after the big Dunleavy’s race this Friday night. We’re going race to race to see what we can do.”

One area that Williams can point to for the uptick in his on track performance is the assistance of Dave Etheridge on his crew. Etheridge formerly was a weekly competitor in Stafford’s ProStock division and he ran the NASCAR Whelen Modified Tour before chasing checkered flags with the Valenti Modified Racing Series. 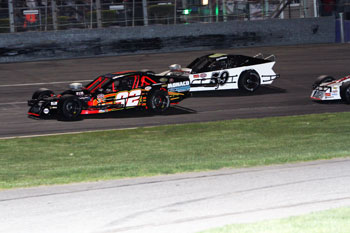 “We have a bit more experience now and Dave Etheridge from the Valenti Modified Racing Series has been helping us out and he’s really showed me a lot with the car over the past couple of years,” said Williams. “We’re both from the same area and over the years I’ve helped him with his car and he helps me with my car. I also really have to thank my Dad Richard. He works just as hard as I do on the car along with my brother in law is a big help and all my friends that help me out. When I first started out at Stafford I had just jumped into a modified after not driving anything previously. Like anything in life, more experience is always a good thing.”

With his current second place ranking in the SK Light points standings, Williams is guaranteed a starting spot in the Dunleavy’s Modifiedz Night feature on June 9th. With over $10,000 in total posted awards up for grabs during the extra distance 40-lap race, it will be the largest purse Williams has ever raced for and he is excited about the chance to take the green flag in the race.

“I’m excited for this race,” said Williams. “It’s the biggest purse I’ve ever raced for in my career and I’m just happy to be a part of it. Our goal was to be in the top-15 in points so we could have a locked in spot and we’ve been able to do that. I think the best of the best are in the SK Light division and I think there’s about 20 different cars in the paddock that could win a race on any given night. The times are all really close. It’ll be a little different with the length of the race. Any SK Light race you have to get up to the front as quickly as possible so we’ll have to work on finding a balance between charging to the front and trying to save a little bit in the car for the end of the race. Dave [Etheridge] has really been a help in that department. I’d really like to thank Doug Dunleavy, R.A.D. Automachine, T/A Engines, and Bill Gaston for all their support in making this race happen. To have such a large purse for us to be racing for is amazing. I also want to thank all of the contingency sponsors; Dunleavy’s Truck & Trailer Repair, Maybury Material Handling, On-Time Accounting, Olsen Apartments, and New England Racing Fuel for all that they do for the SK Light division.” 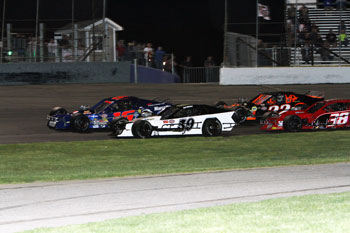 The SK Lights, along with the four NASCAR Whelen All-American Series divisions will take to the track on June 9th with qualifying beginning at 6:15pm. Tickets for this event are on sale now and are priced at $20.00 for adult general admission tickets, $5.00 for children ages 6-14, and children ages 5 and under are admitted free of charge when accompanied by an adult. Reserved seat tickets are $23.00 for all ages. This Friday night is also Military Appreciation Night and anyone who shows a valid military I.D. at the gates will receive a general admission ticket for only $10. All ticket prices include 10% CT Admission Tax. Stafford Motor Speedway offers plenty of free parking along with overnight parking available for self contained Recreational Vehicles. As part of the Dunleavy’s Modifiedz Night festivities there will be a fireworks presentation at the conclusion of feature racing.