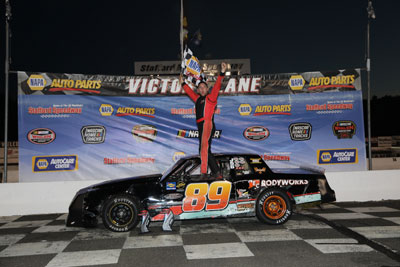 (Stafford Springs, CT)—After racing for 7 seasons in Stafford’s Street Stock division, including back to back track championships in 2019 and 2020, Putnam, CT native Zack Robinson will move up to the Late Model division and challenge for Rookie of the Year honors behind the wheel of the #89 JET Electric Chevrolet.  Since Robinson began his racing career in the quarter midget ranks before moving into Street Stocks, his dream has been to be part of the Late Model division and the realization of that dream has him looking forward to his rookie season.

“I’m definitely excited,” said Robinson.  “It’s been my dream to one day be racing in the Late Model division and I had no idea how soon I would be able to make that move.  I know it’s going to take a while with new cars, new drivers, and a new division to learn.  Mainly my goal is going to be to finish every race in one piece.  I’m not really setting a goal for myself this season.  I need to figure out the car, figure out what I like, and figure out what we need as a team to make sure we can be successful down the road and take things from there.  If we get a chance to run up front I’d love to do that but I’m not going to set high expectations because I don’t know what’s going to happen.” 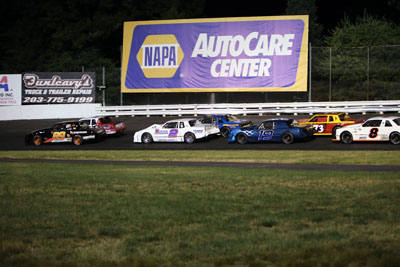 Robinson and his #89 JET Electric team will be well prepared for their first foray into the world of Late Model racing as they purchased an old Late Model car as well as getting busy this off-season on building a new car from the ground up.

“We bought a car that Joe Brockett and Dave Trudeau ran at Thompson and Stafford but I like building my own stuff so I got the dumb idea to build a brand new car,” said Robinson.  “We’ll have 2 cars for this season with the car that Joe and Dave ran as the backup and we’ll use the new car as our primary car.  We just started mounting the body so I’m hoping within the next 2 weeks we’ll be ready to paint the chassis and do our final assembly.  We’re slowly plucking away on the car and we’re making sure that everything is correct.  I’ve pulled some of the good stuff out of the old car to put into the new car and other than those parts the whole car is brand new.”

With Robinson and his #89 team setting themselves up to have 2 cars for the 2021 season, any time a new car is introduced there is a possibility that the car can have some gremlins in it that need to be worked out.  Robinson has this knowledge in the back of his mind and while he is excited about a new challenge of racing in the Late Model division, he is also cautiously optimistic about working out any new car blues. 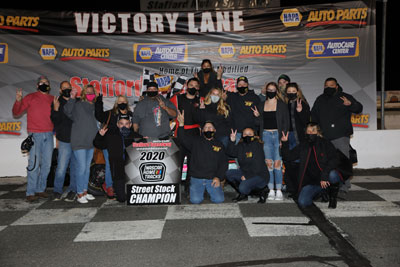 “There’s a little bit of worry because any time you build a brand new car anything can be wrong with it or they can go really good,” said Robinson.  “I have my hopes up for it because the 89 Street Stock was a brand new car and we won back to back championships in the two years that we ran that car so it couldn’t have been too bad.  That gives me some hope and excitement there but I don’t want to get my hopes up too high because with a new car and a new division there’s going to be a lot of learning for me.”

“It’s probably going to take a little time to get adjusted to that,” said Robinson.  “I’m sure not running up front every week will affect me a little but I’m ready for a new challenge and I’m looking forward to racing new drivers and having some fun on the track.  We’re going to try for Rookie of the Year and we’ll see how things go for us.  I think we can be halfway decent right out of the gate.  Joe Brockett is still helping us with setup work at the shop and he’s been helping Al and Cliff Saunders.  We’ll probably start out with something similar to their setup because Al and Cliff both ran pretty well last year and then it will be a matter of fine tuning things to my driving style because every driver likes different things.” 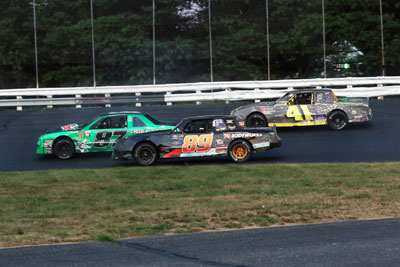 In addition to learning a new car chassis combination as well a new set of competitors, Robinson will also for the first time in his racing career be in a division that permits infield pitting and allows drivers to go back out on the track after coming to pit road for any adjustments or repairs on his car.

“I did a couple of races last year with the Truck series and they’re pretty much the same metric chassis as the Stafford Late Models so I think the biggest thing for me will be getting used to the closing rate and the faster speeds entering the corners,” said Robinson.  “I’ll also have to learn how other competitors drive and how they want to be raced.  The biggest challenge for me will be the infield pitting.  This will be my first time racing with infield pitting and I’m sure it’s going to take some getting used to coming down pit road and actually being able to go back out on the track rather than being done for the night.  Everyone on the team is looking forward to the season.  We have a lot of hours in the garage putting our car together as well as putting some clips on some other cars but we’re all ready to get back to racing.”

Robinson will get his first taste of life in the Late Model division on Saturday, April 24 as part of NAPA Auto Parts Opening Day festivities.  The Late Models will be joined by the Granite State ProStock Series, the SK Modifieds®, Limited Late Models, and Street Stocks.  Feature action at Stafford continues on Sunday, April 25 with the 49th Annual NAPA Spring Sizzler featuring the Whelen Modified Tour, the SK Modifieds® in the second race of a weekend doubleheader, the SK Lights, and the Vintage All-Stars.  The first Friday night program of the 2021 season at Stafford will be a Stafford Weekly Racing program on May 7th with all 5 weekly divisions as well as a kids big wheel race ready to take to the track.