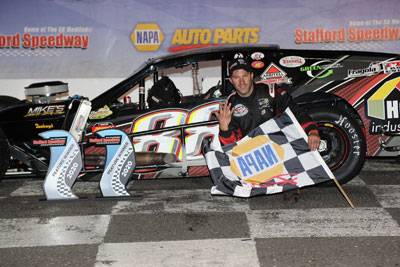 (Stafford Springs, CT)—For Keith Rocco and the #88 Wheelers Auto SK Modified® team at Stafford Speedway, the 2020 season couldn’t have gotten off to a much better start.  Rocco won the first 2 races of the season to establish himself as the driver to beat in the race for the championship.  Rocco and the #88 team have maintained that status throughout the course of 2020 and they can wrap up Rocco’s fourth career championship this Friday night, Oct. 2.

“Winning races has always been our way of going about things and that’s what we’re at the track for,” said Rocco.  “It would be exciting.  [The championship] is obviously everyone’s goal come the end of the season so we’ll see how the cards fall and like I said, our goal will be to win the last 2 races.  We’re just going to keep on doing what we’ve been doing all season long.” 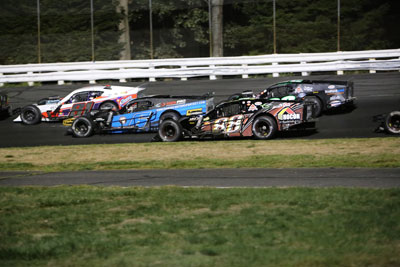 Not only has Rocco been the dominant SK Modified® driver in 2020 with a division leading 5 wins through 12 races so far, he is the only driver to record a top-10 finish in each of the first 12 races with his worst finish of the season being a 7th place finish on two different occasions.  Rocco once again reaped the benefits of being in top form at the beginning of the year by winning the first 2 races but he says the difference for the #88 team has been their ability to keep up with and adjust their car to changing track conditions.

“To be honest with you, it seems like we’re always in contention to either win the first race or two or to start the season off with a good track record,” said Rocco.  “I think the difference this season has been consistency. Sometimes we fall off during the middle of summer and we don’t stay up with the track conditions.  This year we’ve stayed consistent and changed whatever we’ve had to change in order to keep up with the track conditions during the summer and now going into the fall weather.  We’ve actually had a couple of bad nights this season, it just doesn’t show up on our finishes.  Like last Friday night, we got tangled up on lap 2 or 3 but we were able to get the nerf bar off the tire and get back out and salvage a good finish out of it.  It all comes down to having a good team behind you.” 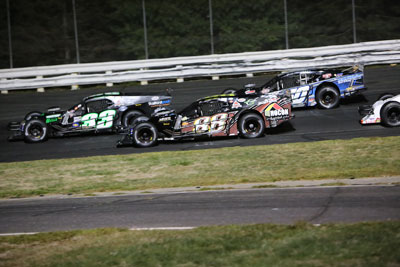 While Rocco’s 2020 performance is impressive, making it even more impressive is the fact that he has had to start in the middle of the pack for the majority of the 2020 season thanks to his weekly finishes inside the top-7.  The way the Stafford Speedway handicapping system works is the better a driver does one week means they will be starting further towards the back for the next week and those drivers who don’t have a good finish start towards the front the following week.  Rocco’s average starting position for the 2020 season is 10.6 but with an average finish of 3.5, he hasn’t let that faze him at all.

“Going back to when my brother and I were kids and we were helping Ted [Christopher], every week he was starting around 13th or 15th and I just take that as part of the game,” said Rocco.  “You expect to start at the back of the field and we come to the track expecting to win the race and pass the most cars.  If you look at everyone else who runs up front and wins races like Todd Owen, Ronnie Williams, and Chase Dowling, we’re all in the same boat of starting between 10th and 15th every week.” 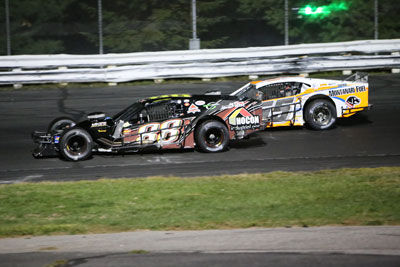 Rocco will look to clinch his fourth career championship this Friday, October 2 with Stafford’s Late Models, SK Lights, Limited Late Models, and Street Stocks also in feature action.  Tickets for this Friday night’s Stafford Weekly Racing Presented by All Phases Renovations program are on sale now through the Stafford Speedway website with adult general admission priced at $20.00, $5.00 for kids ages 6-14, kids 5 and under are admitted free.  Paddock passes are priced at $40.00.  The 2020 points race will conclude next Friday, October 9 with NAPA Auto Parts Championship Night.