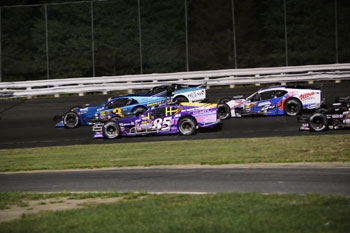 (Stafford Springs, CT)—When the NASCAR Whelen Modified Tour last visited Stafford Speedway in August, it was Ronnie Silk and the #85 Stuart’s Automotive team taking the checkered flag after a thrilling green white checkered shoot-out. Silk and the #85 team would like nothing better than a repeat performance and to collect the accolades in the NAPA Fall Final victory lane.

“I think we’re looking pretty good,” said Silk. “We were planning on bringing our new car that we had at Loudon but it got destroyed so we’ll be coming back with the same car that we won with back in August. I’m definitely looking forward to coming back to Stafford. Obviously any race you can win is great but it would be cool to win two in a row at Stafford and getting a win in the NAPA Fall Final would be a good way to wind the year down for sure.”

In addition to going for two wins in a row at Stafford, Silk will be looking to turn his 2019 fortunes around. Since he won the Stafford 150 in August, Silk has finished 16th or worse in 3 of the 4 NWMT races held since then. In that four-race stretch, Silk has gone from 2nd in the points standings and 24 points behind Doug Coby to 3rd in the standings, 64 points out of the lead. 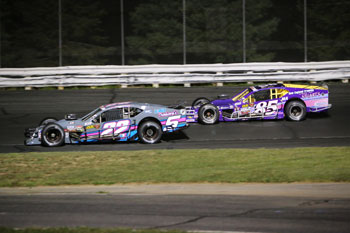 “It’s disappointing with the championship race,” said Silk. “It’s not anything that we can put our heads down about. We’ve had fast racecars at all the races but we got caught up in other people’s problems and had some bad luck. I think we’ll look back at this year and be proud of what we’ve accomplished. We’ve won 3 races so far and hopefully we can add to that in these last 2 races. We’ve had some unfortunate circumstances but we’ve had a fast car at every track and we’ve run in the top-3 or top-4 every week. There’s a lot of momentum that we can take into next season and try to be even better.”

Despite the last race at Stafford coming down to a green white checkered finish at the end of the race after going green for the first 146 laps of the race, Silk says he and the #85 team will be doing their usual preparations for the NAPA Fall Final. 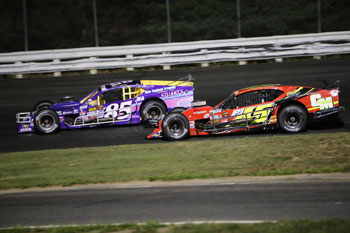 “I think we’re going to prepare the car like we normally would for Stafford,” said Silk. “I could see us putting a setup in the car for a longer run and then we have a caution about every 10 laps or so in the race. The last race was an anomaly and we’re going to go with what we normally do and try to make the best adjustments that we can at the track to make the car as good as we can. I never start a race with a set strategy. It’s all going to depend on where the caution flags fall. I prefer to take tires somewhere after halfway and with the 3 trips down pit road it takes to change 3 tires, I like to get all 3 tires changed in one pit cycle. If you have a handling issue early enough in the race, you might come to pit road for one tire, but with changing one tire it gets hard to match the stagger. We actually get 4 tires for the race, we have 3 new tires and we can bring one tire from practice to the race, so you could come in early for the one tire and still come back in later for three tires. It’s all going to depend on your track position and what everyone else around you is doing.”